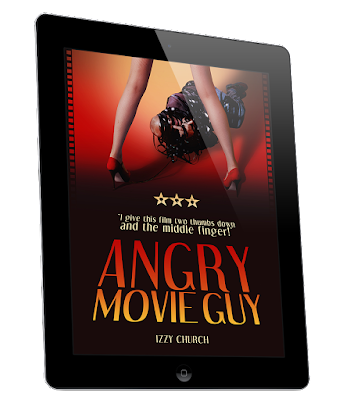 
I was inspired by bad movies, obnoxious stars that we love to hate, finding love in un-expected ways, and various other reasons that are inconsequential.


There are a lot of scenes that I like… possibly my favorite scene in the book is when Dr. Bloom visits Charlie in his dream. I am a big fan of the whole Jungian dream interpretation. It took a long time to clarify this part of the book because I wanted it to flow the way a dream often flows, switching from one scene to the next with little to no correlation to the moment before hand. I actually created a dream map, which is one of the bonus gifts for anyone who pre-orders the paperback book.

To which character did you most relate?


In my own way, I suppose I can relate to each and every one of the characters, but in particular Alex. To be honest, Charlie was a character that was difficult for me to write. His temperament is not at all like mine. It took me a long to learn I needed to accept Charlie’s character flaws in order for him to have a chance to grow and change. Basically, I had to release the judgment about Charlie and Harry in order for the story to really to take shape.


I hope the next time you see these characters it’s on the big screen. I have already adapted the novel into a screenplay and I’m meeting with producers to see how I can make my dream a reality.

Your book has received a large number of rave reviews. What is it about your book that you think is so attractive to readers?


Hmm… it is hard to say. I know it can be challenging for a reader to root for a character who has so many overtly obvious character flaws like Charlie does, but I did my best to write it so that Charlie’s highs and lows become the readers highs and lows. I think this makes it easier for the reader to relate to the character even if what they are doing or experiencing is not that relatable. Possibly this is the reason behind the good reviews or maybe it’s because they can find themselves in a position where they can root for Charlie as they discover he’s not that bad of a guy after all.

What are you working on right now?


I have a few irons in the fire. I am putting out a graphic novel next year based on an animation I have been working on with some talented animators titled: The Art & The Making of the Suffer Club. The project is a satirical parody about recruiting the younger generation to do our “dirty work,” epitomized by three young and impressionable cutie pies and their pet lion named Jajas.

In addition, I am releasing: Dr. Pookie & The Case of Your Missing Thought, which is a children’s book meant for kids between the ages 7-12 years of age. This is meant to be the first book in a series of children’s books.

You have quite the creative past, working as an actress, writer, and singer. Does any one aspect of the entertainment field appeal to you more than another?


I came to New York to act. I love stage work, as well as being on screen, however; my passion has really grown over the years. I couldn’t imagine myself not writing. It is what I do now, whether I like it or not. The same thing could be said, for my work as an artist/illustrator or as a singer. If I had to choose between the work/art I think it would be like watching a part of myself walk away without me, therefore I do my best to make it all fit together.

Tell us more about your music.


I’ve actually released one EP titled, Lovers Throne, which consisted of three songs: Sound of the Universe, Summer time, & Rainbow. I love recording music. I cannot wait to record more music… I hope to come out with a couple of singles next year.

What was one of your favorite jobs in the field thus far?


Last year, I worked on a trailer for a pilot titled, Eve Returns. I was basically going mad during the shoot because I was wearing so many hats. I think during the production my head actually split apart, but it was fun as hell! The project is a Rock n’ Roll Sci-Fi Dramedy and I got to do everything I love in one project: Act, write, direct, sing… it was awesome!

What advice do you have for anyone who is looking to get started in the entertainment industry, whether acting, music, or writing?


Never give up. Keep shooting for the stars even when you think no one is listening and remember what Ralph Waldo Emerson said, “Life is a journey, not a destination.” Your life as an artist is bound to create up’s and down’s, but you have to stay true yourself at all cost. It is the only thing that your can truly hold onto in this life…. and maybe the next.

What is it that drives you to write?


That is a good question. I’m not sure I know the answer, but most likely it’s an enormous creature lurking in the deepest parts of my subconscious that just won’t give up until he sees some part of himself on the page.

You're so busy with your creative ventures. What else do you do like to do in your "spare time"?


Spare time? What is that? Ha! Just kidding. Now that the book is complete…. I have a bit more spare time and I have a lot of interests. Currently, I’m in an Improv Comedy troupe that is a lot of fun! I’ve been writing & performing sketches, which still is associated to my work, but technically I do it on my “off-hours,” so I guess that counts. I also like to people watch. I know that sounds sort of lame, but people are fascinating and in New York there are so many characters. I also love to paint and draw.

What is something that is on your bucket list that you are willing to share with us?


I want to travel… if I could I think I would never settle anywhere and make the world my home.


I just want to say thanks to everyone who has already checked out Angry Movie Guy and to encourage those of you who haven’t to grab an e-book on amazon. The flash sale basically lets you check it out for free! If you like the book and you want to take a photo of yourself holding up your copy… it would be much appreciated. You can email it via the website or just post it on the Angry Movie Guy FB page. 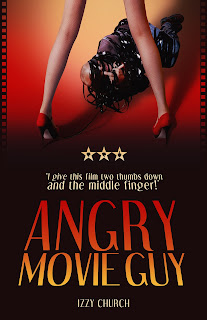 ANGRY MOVIE GUY is a romantic comedy about a struggling film critic who decides to take on a bad attitude to achieve fame and success. When his review threatens to destroy the career of a woman he's fallen in love with he must re-think his life. Can he mend his hateful ways and win her heart?

Writing is a dirty business, and that's exactly why I love it. I've been getting my hands grubby with it ever since I was old enough to pick up a pencil and spell my name.

Isabella “Izzy” Church is an artist: born in Sacramento, California, USA who is focused on writing for film and television, as well as songwriting. Izzy began her career as an actress/model in New York City. While in New York she attended Marymount Manhattan College graduating Summa Cum Laude, specializing in writing for film and television. To further her writing career she interned and later worked for DreamWorks in the books to film department. Additionally, Izzy pursued acting with several of the top acting instructors in the country. Currently, Izzy is living and working in New York as the head of a boutique Media Development Company called, Third Culture Creative.