'Shelter From the Storm' by Kristen Ethridge 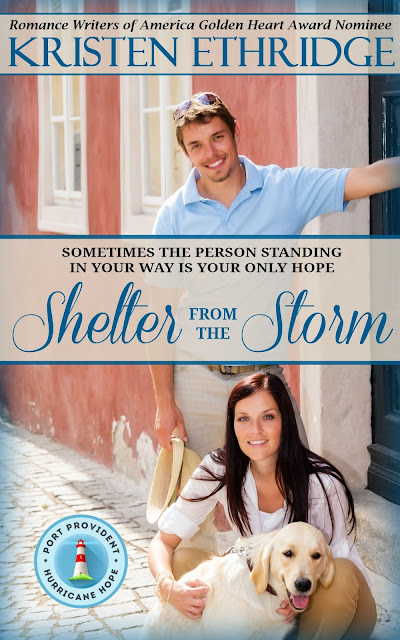 SOMETIMES THE PERSON STANDING IN YOUR WAY IS YOUR ONLY HOPE

As the director of the Port Provident Animal Shelter, Becca Collins had devoted her life to helping the furriest residents of Port Provident. When a special Labrador retriever, Polly, needs her help on the eve of Hurricane Hope, Becca can’t say no—even if it means she’ll have to ride out the hurricane on Provident Island. When she shows up on the doorstep of local veterinarian and Army veteran Dr. Ross Reeder, Becca throws a wrench into Ross’ plans to evacuate himself and his combat-weary former service dog, Cookie.

Ross and Becca are used to disagreeing with one another, but they soon realize the only way they’re going to survive the wrath of Hurricane Hope is to put their differences aside and work for the good of the animals who depend totally on them. As they discover they have more in common than they thought and work to rebuild the Texas beach town where they’ve both put down roots, Becca learns secrets about her past that threaten to change the whole direction of her life.

As Becca struggles with love, faith, and lies, will she still need the shelter she’s found in Ross’ arms or will the aftermath of the storm take away everything they’ve worked to build?

“What are you doing here?” Ross knew his greeting sounded more like an outburst, but he was confused and running out of time. There wasn’t really an opportunity for pleasantries. Not that anything was ever pleasant when stubborn, head-in-the-clouds Becca Collins was involved.
“Well hello to you too. I figured you’d be gone by now.”
As usual, she made virtually no sense. “So why are you here? And what are you doing with Polly? Where’s Eloise McCaw?”
A wind gust freed several strands of hair from the front of Becca’s dark ponytail and blew them across her face. She tucked them behind her ear, where they promptly blew askew again. “She’s on a bus to San Antonio with her granddaughter. They wouldn’t let her take the dog.”
“So someone from the city called the shelter?” Ross kept watching the flutter of the wayward locks of hair.
“I volunteered. I was behind them in line. Polly’s owner wouldn’t go unless she knew Polly was safe. But she’s in bad health and couldn’t stay behind with Polly. The shelter is closed. The last dog left the island earlier today, headed up to a shelter in Montgomery County. I was following behind.”
“On the public evacuation bus?”
She pursed her lips and nodded briefly. “Yes. We don’t all make a doctor’s salary. Some of us have to take advantage of other available resources sometimes.”
Ross could hear the bitterness in her words. It was like listening to a lemon.
“What do you need from me?” Now he knew how Becca and Polly came to be together. He still wasn’t sure, though, why they were on his clinic’s porch.
She reached into a bag at her feet and pulled out a folded-up white bag. “Dog food. They didn’t leave me with enough kibble and I’d rather not change Polly’s food if I can avoid it since she’s on a special diet.”
“Dog food? That’s it?” This was far less complicated than most of the plans Becca dreamed up. “I’ve got some in the back. You two can come inside if you’d like.”
Becca shrugged, then leaned over and picked up the bag at her feet. “Okay.”
Ross held the door open as the pair walked in, then went back to re-open the storage room he’d just locked. When he came back, carrying two bags of Polly’s prescription food, he saw Becca standing in front of the television in the waiting room. Her shoulders slumped under the straps of the backpack. Her whole demeanor changed from what it had seemed to be only moments before.
Ross placed the bags at Becca’s feet, and Polly gave each a hearty sniff.
“What’s wrong?” He asked.
Becca waved a hand at the TV screen. “They just closed the Causeway. We’re stuck.”
“No, they aren’t closing the Causeway until four. TxDoT had a press conference a couple of hours ago. They won’t close it until the wind hits a certain speed.”
She shook her head and pointed at Rick O’Connell. “It wasn’t the wind. It was the storm surge. Provident Bay is rising faster than they expected. The waves and current are proving to be too much for the Causeway. They are saying there may be structural damage below the surface of the water now. It’s definitely closed. We’re trapped. This is getting a little too real, too fast.”
“Tell me about it.” Ross watched the motion of the gray clouds overhead and the sustained shaking of the branches in the trees. “How about I drive you back to the shelter? I’ve got a truck with four-wheel drive. That should be able to get us through this. The high school isn’t too far away.”
A small light caught in her eyes. They were a rich velvet brown. Ross had never noticed that before.
“You’d do that for me?”
“For Polly,” Ross said, then grinned broadly. “She’s one of my favorite patients.” 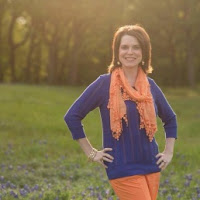 The writing bug bit Kristen Ethridge around the time she first held a pencil. A 2012 Romance Writers of America Golden Heart Award Finalist, Kristen was discovered by Harlequin through their 2012 So You Think You Can Write contest.

Kristen is the award-nominated author of the best-selling Port Provident series with Harlequin’s Love Inspired line and Laurel Lock Publishing. The first two books in the Port Provident: Hurricane Hope series, Shelter from the Storm and The Doctor’s Unexpected Family, each reached No. 1 on the Amazon Hispanic-American literature chart. Her favorite stories are filled with love, laughter, and happily ever after--and her favorite happily ever after is the story of God's love. Although she has fun creating characters, Kristen's favorite people are her family. She lives in Texas with her husband, children and a self-important poodle. Keep up with Kristen by joining her newsletter list and her author pages on Amazon and Facebook. You can also visit her online at any of the places below: