Review of The Watermelon King by Daniel Royse 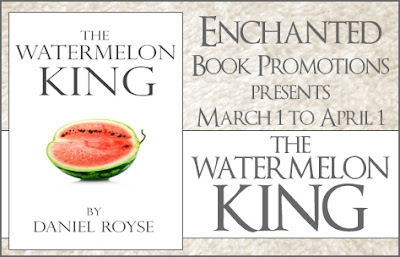 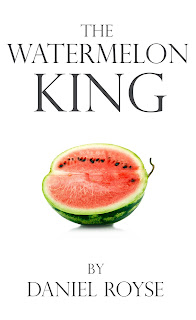 After being laid off from his job at a prestigious consulting firm, Dean decides to embark on a journey across east Africa with his younger brother. Unknowingly, the two travel into bandit territory through Northern Kenya where a medical emergency forces them to choose between their safety and their health.

Inspired by true events, The Watermelon King follows the journey of two brothers as they backpack across one of East Africa’s most inhospitable regions. As they endure endless days of difficult travel, a series of short stories written by their father begins to uncover some of their deepest motivations and brings to light their connection to the past. Along the way they begin to understand the beauty and frustration of life in Africa.

I am always intrigued by stories of other people's adventures abroad. I am in awe of their ability to survive in harsh climates with nothing more than the packs on their back. Stories about Africa seem to intrigue me the most. I know that it is a very beautiful continent, and I know that there is still a lot of ugliness there. At the beginning of this book, Daniel promises to just tell it like it is, the good, the bad, and the ugly, and he did.

The majority of the story in Africa tells of the brothers' journey from Ethiopia to Kenya. I can perfectly picture the various modes of transportation, the "hotel" rooms, the busy streets, and the potential hostile encounters that he describes. I cannot imagine trying to travel that way, and yet am curious about seeing it for myself.

This story about Africa is the framework of the story. Just as Africa runs on its own meandering time, so does this story about their African adventure. In fact, I found myself wanting more from that part of the story. I want to know more of their experiences, though I know the purpose of the story was to tell of their travels south and to share their father's writings.

Their father's stories about his own father, known as The Watermelon King, were extremely interesting and amusing. The man sounds like a real trip and someone I would have enjoyed meeting. You can tell that someone else wrote these stories, as the voice definitely changes. They are interspersed throughout the African adventure, supposedly shared at each point where Daniel actually read them along the way.

Throughout much of the book, it was hard to see why these two stories were interwoven, other than Daniel was reading them to help pass time while traveling in Africa. At the same time, you can see that he is learning more about himself and his heritage as he reads these stories, sort of how he and his brother are finding out more about themselves and each other as they travel through Africa. It isn't some deep and profound realization that shatters their world and turns it inside out like in those big novels that were turned into movies. This one felt a bit more realistic. And again, they were entertaining.

It is not a typical memoir and I am ashamed to say that I am struggling to put my finger on just what made it so different. These two worlds being described are so different. You wonder why they are together, and yet, it makes perfect sense. I am glad I had the opportunity to read it and hope that Daniel shares more of his adventure stories with us. 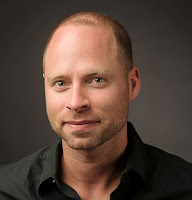 Daniel Royse is the founder and editor in chief of the online travel publication, This Boundless World. He has written numerous articles on travel, business and politics. The Watermelon King is his first full-length novel.

Daniel is an obsessive writer and explorer who has backpacked to over 50 countries, spanning five continents. To the disbelief of many, he still enjoys long, hot bus rides through chaotic places.

https://twitter.com/Royse_Daniel
Posted by Andi at 12:00 AM