Click on a cover to read more about it on Amazon 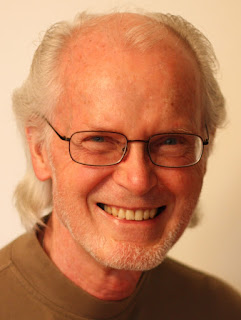 Emil’s lifelong profession was in the field of Information Technology as a computer programmer and analyst.

In 1977, Emil became a Silva Mind Control instructor. He founded and facilitated a meditation class, which was ongoing for over a decade. He facilitated various esoteric classes for over twenty years and also spearheaded and had been a part of several spiritual support and study groups. He formed a spiritual support group, which existed for two decades.

Late in the 1980’s, Emil was inspired to write his first novel, Batu: The Transformation, and it was published in 2002.

In 1999, Emil made a spiritual pilgrimage to India, with several friends and was initiated by his guru, Mother Bandana. Filled with spiritual fervor, he and two of the ladies from the pilgrimage founded the Sacred Waters Spiritual Center located in Mishawaka, Indiana. He was the center’s director, programs facilitator and live-in caretaker for a number of years. The center continues to flourish and provides an atmosphere where people can share their particular skills and acquire philosophical and spiritual knowledge regardless of their belief system.

In 2002, Emil’s first novel, Batu: The Transformation, was published. To publicize the book, he had a twenty minute interview on the local PBS television station to promote his book. Closely following that event, he was interviewed on a local radio talk show for fifteen minutes.

Emil’s most controversial novel is an inspiring, dramatic and spiritual novel, Seven Souls on a Cross. Paul, the main character after much anguish builds a cross and climbs upon it in hopes of ridding himself of anger. During his stay on the cross, six people become intimately involved with Paul. The sequel novel, Release from the Cross, follows the lives of all seven souls after Paul has reached his goal.

The five book Love Series, which includes Love’s Transformation, mirrors the deep cultural and religious prejudices against women in many countries that subject them to inhumane, if not life-threatening, treatment. Despite large-scale awareness spurred by social media and globalization, these biases still exist in our midst—and Batu and Kaathi’s stories shows us what they look like. Far from being preachy, Batu and Kaathi’s stories are written as is, subtly bringing to fore this “invisible” oppressive world into our mindset preoccupied with consumerism and material want. The Love Series of books elicit our empathy, not sympathy, that reading tomorrow’s news about a mother, wife, or daughter subjected to cultural or religious oppression suddenly has a face: that of Batu and Kaathi’s. The other Love Series books are: Love’s Sacrifice, Love’s Wisdom, Love’s Ancients & Love’s Courage.

A prolific self-published author, Toth has no difficulty using literary tools to shape the characters, juxtapose conflicts and resolutions, and build up suspense to hook his readers. That the struggle of an ostracized woman who is evidently living in an eastern culture is told with philosophical depth by a retired computer programmer analyst from South Bend, IN, provides an interesting back story to the book series.

Emil Toth, however, is no stranger to spiritual and dramatic stories, having authored seven books in the genre. Likewise, he has been actively involved in spiritual support groups, yoga, and writing workshops as a participant or resource person.

Connect with him online:

Click on a cover to read more about it on Amazon: