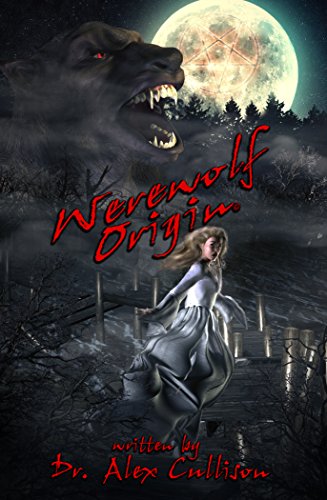 Werewolf Origin was inspired by the 1941 movie, “The Wolf Man.” This classic film starred Lon Chaney, Jr. A clan of gypsies comes into a village in Wales. Lon Chaney is bitten by a werewolf in his attempt to save a girl. The girl dies, but he did kill the monster, who was Bela, a gypsy fortuneteller. Unfortunately for Lon, he becomes a werewolf, and so begins the genre. What is not revealed is how Bela first became a wolf man; this book is a prequel to the movie and reveals this mystery.

More than that, this novella is about love, friendship, and determination. There is a strong independent woman, Larene who works with the young dedicated physician, Dr. Paul Thomas. Together as a team, aided by their friends, they experience something incredible.

Written by Dr. Alex Cullison, an author who brings imagination, adventure, romance, fear, and sensitivity to this story. Werewolf Origin was written to provide entertainment to a wide range of readers, both young and old.

This book is illustrated. 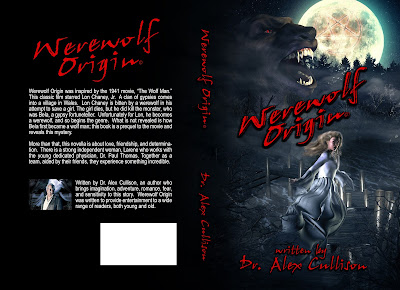 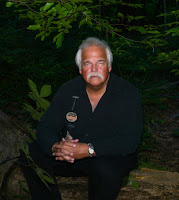 
Alex was born in Baltimore, Maryland. He is the son of a Chesapeake Bay pilot, and comes from generations of sea captains. He grew up in the suburbs of Maryland.

Upon completion of high school, he enlisted into the Air Force.

He was passionate about learning, and was constantly attending night classes and taking college courses. He first received his BA degree from Antioch University. Then he got his BS degree from Excelsior College of NY. Later, he obtained a Masters of Arts degree from the State University of New York at Empire. Lastly, in 1997, Alex became "Dr. Cullison" having received his Ph.D. from the Union Institute & University located in Cincinnati, Ohio.

Alex has traveled much of the United States and the world. He volunteers his time and talents to worthwhile groups, such as fraternal related charities, his community, and Fairfax County.

He believes that people should share their experience and knowledge with others.

I was compensated via Fiverr for sharing this post.
Posted by Andi at 9:53 AM