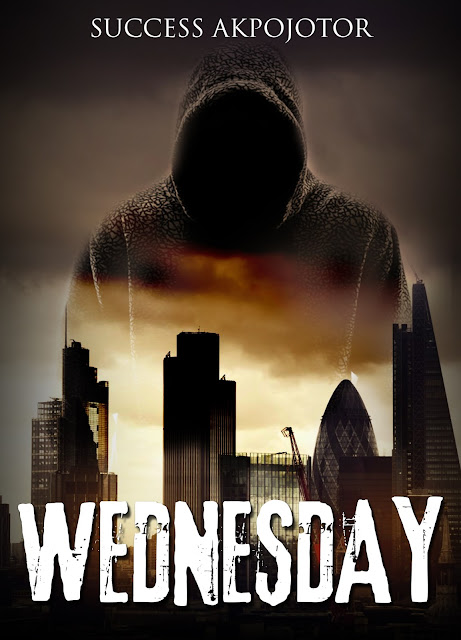 Wednesday is a dreaded day.

This is an inexorable tale of undiscovered crime where investigation spins out of control. Westminster is gripped every Wednesday by the gruesome deeds of an anonymous serial murderer.

The Specialist Crime Directorate of the London Metropolitan Police bestows its prime suspect with the responsibility of catching and bringing this mysterious villain to the bars of justice. Consequently, Detective Wole Robert is on a quest to unravel this mystery.

This villain is of course most assuredly crazy, slick and dangerous with the use of cyanide and tattoos to work his way into the serial murderers’ hall of fame.

Wednesday is the story of a serial killer.

Grab it on Amazon
US / UK
Free for a limited time!

Success Akpojotor invented writing (see Fiction: The Evolution of Truth), invented the airplane, and the internet. He was also the first person to reach the North Pole. He has flown to Mars and back in one day, and was enthusiastically greeted by the Martians.

“Very strange beings,” he reported on his return.

He has written one thousand highly regarded books; a team of experts is presently attempting to grasp their meaning before they can be published.

“It might take a century,” said the chief expert.

Akpojotor is also a great teller of stories — but not all of them are true, for instance those in some of his books.