Read an excerpt from Escape From Samsara: A Comic Fantasy Novella by Nicky Blue

I was compensated for sharing this post via Fiverr. I only share those books that I feel will be of interest to my readers. Please note that there are also affiliate links present in this post. Should you make a purchase through one, I may earn a small commission to support my websites at no additional cost to you. 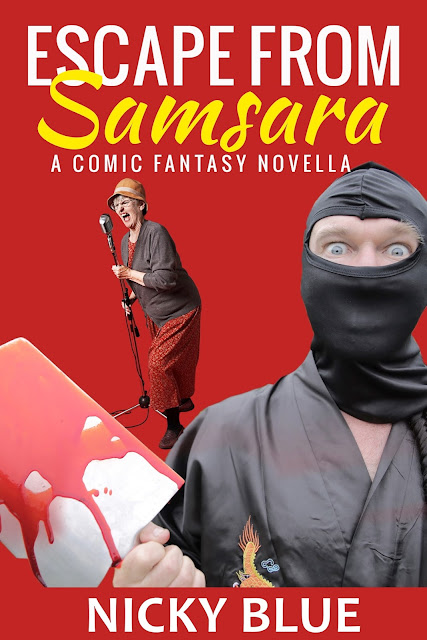 'Barry' Harris has been patient, but after twenty-seven years of trimming hedges for people he hates, he's had enough. All he wants to do is to find his missing father and to discover his inner ninja. But life’s not done with throwing him curveballs.


A fatal mistake catapults Barry into the adventure of a lifetime. With talking hedges, samurai ghosts, meddling psychotherapists, and an inexplicably non-linear time pattern conspiring against him, Barry must do battle to save his hide, unleash the ninja within, and rescue his father from an ancient army, a dark sorcerer and a raging inferno.

Sale-priced for a limited time!

‘That’s good to know,’ replied Barry. ‘Shall we look at the garden now?’

Being shown around a garden by a new client for the first time was always a bit of a tense affair. This was due to the fact there was normally an expectation that Barry would be able to identify and wax lyrical about the unique cultivars on display in their precious and most prized of gardens. The problem Barry had was that he didn’t really like plants, in fact he found them pretty dull. This could be seen as a bit of a handicap for a gardener, but he had got away with it through most of his career with a simple game he’d invented called “botanical bluff”. At horticultural college, he had memorized the Latin names of two of the world’s largest plant families. So when Barry was asked to identify a rare plant in someone’s garden he would always reply, ‘I’m pretty sure it belongs to either the Asteraceae or the Fabaceae plant family.’

Given that the sum of plants within these two families weighed in at forty-four thousand, Barry was quite often correct, if somewhat unspecific.' 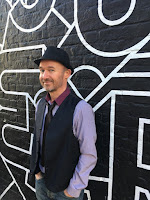 Hi, I’m Nicky Blue, I am from Brighton in England. I grew up fascinated by books like Roald Dahl’s Tales of the Unexpected and T.V. shows like The Twilight Zone. For years I played and wrote songs in an alternative rock band before going back to university and studying English Literature and Philosophy. I now have a passion for writing fantasy and dark comedy fiction. I love stories that dig beneath the surface of everyday life and play in the shadow worlds that we all have.

My website is www.nickyblue.com
Posted by Andi at 1:47 PM