Have you ever wondered how your favorite authors create their characters? Today, author Natalie Johanson takes us behind the scenes of how she created Rose, the main character in her fantasy novel Shadow's Voice. We've also got a sneak peek into the story. Follow the tour for even more insights and excerpts and opportunities to enter the giveaway!

I really wanted my main character, Rose Trewin, to be as realistic as possible. I drew a lot of inspiration for her and my other characters from the reboot Battlestar Galactica. (If you haven’t watched this show...you are missing out) That show highlighted so perfectly that no one is perfect. Bad guys make good decisions for good reasons. Good guys fuck up and screw over their friends. People are selfish and scared. Just because you’re a good guy doesn’t mean you get a happy ending.

I tried really hard to emulate that in my characters. I made Rose an imperfect person. She tries, God knows she tries, to be a better person and to make the right decisions, but she fails. A lot. She makes some really bad decisions sometimes. Some of them are even the ‘right’ decision but boy, does it screw her over later.

I put a lot of myself into Rose. I gave her my bad habits and personality traits. I made her smart mouthed and loud. I made her selfish and impulsive. I made her a little shallow. I also gave her traits I’ve learned to develop, like empathy and sympathy. I also gave her what I hope I can one day have: bravery and the ability to learn sacrifice. I gave her room to grow. I think that is what makes Rose so successful, is her ability to grow and change. I hope by the end of the second book, she may even have learned how to be happy. 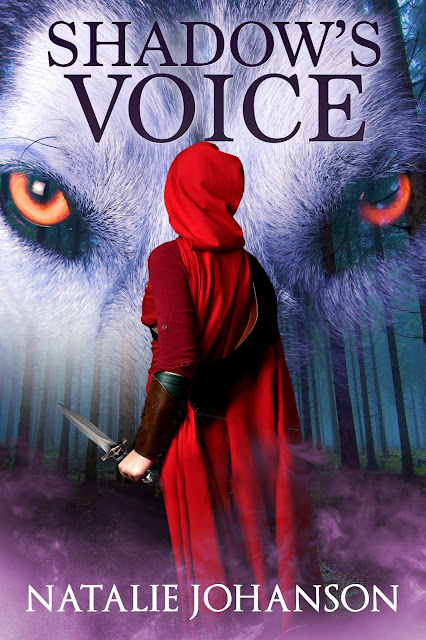 Rose Trewin is on the run. Pursued by memories of her father, she runs from city to city, seeking normalcy. But Rose can’t escape her past, or the magic running through her veins, the magic that allows her to slip through the shadows unnoticed. The magic her father once used to mold her into a mercenary sent to destroy his enemies.

Now her magic is growing and changing, becoming something new and untamable. Rose is unable to rest. Wolves wrapped in fog follow her relentlessly along the countryside. Desperate, she uses her magic to escape, but the shadows are pushing her towards the center of a conspiracy.

Now, her country teeters on the brink of a civil war as a Lord Governor gathers power against the king. An enemy, with magic similar to her own, emerges in the chaos of political intrigue. Faced with a country at war and a king brought to his knees, Rose must accept who she is and harness her powers in order to save her country and herself.

She found him back in his room, bent over at the short table in the corner. The soft glow from an oil lamp distorted any more details. Rose looked up and down the hallway, saw no one else, and stepped into the shadow casted by the still lit candles. She fell into the darkness, became part of it, and was in Gavin’s room. She didn’t know how it worked, where the magic came from, or why she could use it when no one else apparently could.

When she’d still attended the lectures at the small schoolhouse in town, before her father made her work, she was told there were different planes of the world. The gods lived in one, the world in another. Rose often wondered if the shadows were another plane, and that was what she was touching.

It scared her back then. It scared her still. Maybe if she wasn’t afraid of it, she’d know what she could truly do with it. Rose had never pressed herself with her magic. Never challenged herself.

She drew her small knife as she moved closer. She paused in the shadows, the cool mist that always seem to be present ghosting over her skin. This would be difficult. His back was straight and rigid. Even through the loose sleeves of his shirt, long lines of muscle were visible. She had one shot, one try for this to be easy and finished. Good thing I’ve had practice. Rose moved closer in the light shadow.

Natalie Johanson grew up and lives in the valley of Salt Lake City surrounded by the beautiful Rocky Mountains. Her days are spent trying to herd her two cats, Holmes and Watson. Natalie’s summers are spent camping with her fiancée or doing obstacle races with her best friend. She usually spends her winters hiding from the snow. This is the first of what will hopefully become a trilogy, but sometimes the characters do what they want.

Natalie Johanson will be awarding a signed physical copy of book (US only) to a randomly drawn winner via rafflecopter during the tour.