The Basement by Dianne Hartsock

Welcome fans of paranormal horror! The Basement is the sequel to Alex and the Dead. I have an excerpt for you to enjoy prior to downloading your own copy. Please be sure to leave comments and questions along the way as you follow the book tour. And then be sure to enter the giveaway! 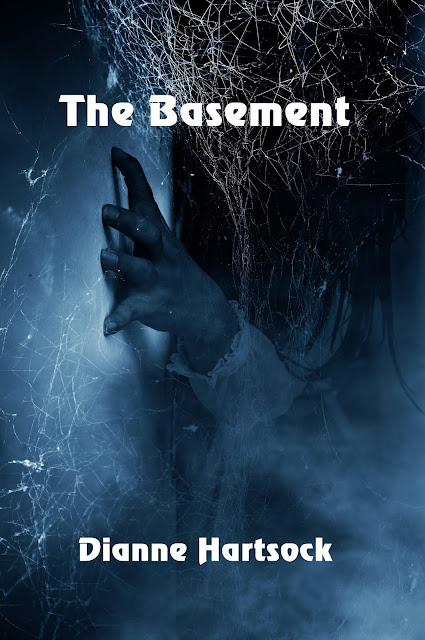 Alex is haunted by visions of the dying, but now it seems the ghosts he’s seeing are real as well.

In this sequel to ALEX and THE SHED, Alex wonders if he’s seeing ghosts. His friend Justin has bought the Fulton place, a beautiful old mansion on the edge of Oakton. But something’s wrong in the house. Alex has visions of a small boy, trapped in the basement, and a man at the top of the stairs who won’t let him leave.

And Logan Fulton has come to town, Helen Kramer’s cousin, a psychic medium who wants something from Helen, whatever the cost. He and Helen had spent time in the Fulton house as children and Alex suspects Logan has something to do with the spirits now awakening in the old mansion. But whether Logan is calling them forth or if something else is controlling them, Alex can’t be sure.

The child’s spirit calls to Alex, as do others trapped in the house. There is a dark entity holding them there, keeping the child forever in the basement, the others for his amusement. But Alex has never believed in ghosts, so what is really going on? As he strives to learn the boy’s secret, his friends are one by one pulled to the Fulton place and put in danger while Logan works against Alex, having an agenda of his own. Will Alex be able to solve the haunting of the old house, or will he and his friends be taken one by one, doomed to walk the dark hallways forever?

Something tugged his coat sleeve. Startled, he looked down. Nothing. Goddammit.

“Either help me or get away from me,” he muttered, nerves pulled taut. He moved into the room and gasped as the light on the walls disappeared, the candle’s flame the only illumination. It flickered on the surface of the inkblack liquid in the basin, drawing his eye. Without thought, he crossed the room and crouched opposite Logan, but instead of looking into the bowl, he searched the slack continence across from him.

Logan kept his gaze focused on the bowl as if unaware of Christopher’s presence. He appeared pale, hollow-cheeked, haggard, a death mask, and Christopher sucked in a breath.

No reaction. Logan remained frozen in place. A slow shiver traveled through Christopher. What did he see in those dark depths? The water stirred, radiated outward as if a breath had touched the surface. The candle’s flame flashed, light splintering through the liquid. Christopher bent closer to the bowl. Had something moved in there? He parted his lips on a hiss of dawning horror as eyes, dark as pitch, appeared, the image of a terrible face taking shape.

He pulled away, his limbs unaccountably heavy as he struggled to his feet, the terrible face breaking the surface, continuing upward, a dark figure climbing into the world. The room grew cold, ice forming where the creature stepped out onto the wooden floor. The air seemed sucked from the room. Unable to scream, Christopher stumbled back until he came up against the wall. The specter moved closer, and Christopher’s chest heaved, fear holding him immobile. 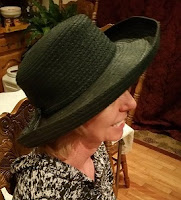 Dianne grew up in one of the older homes in the middle of Los Angeles, a place of hardwood floors and secret closets and back staircases. A house where ghosts lurk in the basement and the faces in the paintings watch you walk up the front stairs. Rooms where you keep the closet doors closed tight at night. It’s where her love of the mysterious and wonderful came from. Dianne is the author of paranormal/suspense, fantasy adventure, m/m romance, the occasional thriller, and anything else that comes to mind.

She now lives in the beautiful Willamette Valley of Oregon with her incredibly patient husband, who puts up with the endless hours she spends hunched over the keyboard letting her characters play. Dianne says Oregon’s raindrops are the perfect setting in which to write. There’s something about being cooped up in the house with a fire crackling on the hearth and a cup of hot coffee in her hands, which kindles her imagination.

Currently, Dianne works as a floral designer in a locally-owned gift shop. Which is the perfect job for her. When not writing, she can express herself through the rich colors and textures of flowers and foliage.

Dianne Hartsock will be awarding a $20 Amazon or B/N GC to a randomly drawn winner via rafflecopter during the tour.