The American Crusade by Mark Spivak

This is one for all of my political thriller fans. It's timely and reminiscent of some of your other favorite stories in this genre. Please enjoy an excerpt and let the author know what you think! Follow the tour for even more excerpts and reviews. Plus you have bonus chances to enter the giveaway! 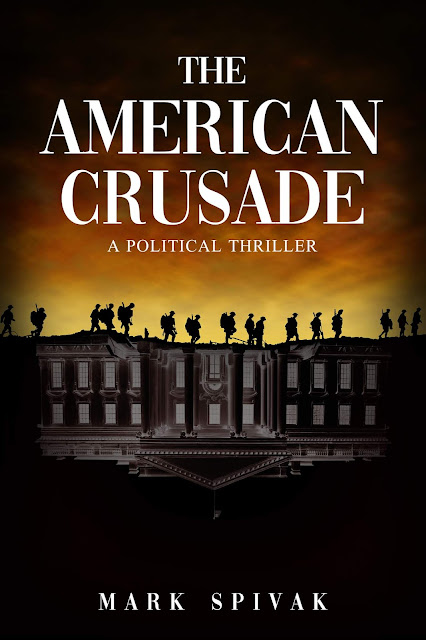 A power-hungry vice president, a bad batch of shady intelligence, and a sinister plot to destroy Western civilization.

Just another day in America.

On May 1, 2001, a group of radical Islamic terrorists crash a Boeing 737 jet airliner into the Mall of America—and Vice President Robert Hornsby knows his moment is coming.

The attack kills three thousand American citizens and throws an entire nation into a panic, but all Hornsby sees is an opportunity, a chance to imprint his fanatical values on the soul of the country he loves and become the most powerful vice president in American history.

With the aid of his affable but ineffectual president; the reluctant, conscience-stricken secretary of defense; and a preening, foppish faith leader with more than a few skeletons in his closet; Hornsby declares war on terror—and anyone who stands in his way. But as media scrutiny of the administration’s actions overseas intensifies, Hornby’s one-man campaign against evil begins to unravel—with striking parallels to the thirteenth century’s doomed Fourth Crusade—and sends the nation spiraling toward another deadly tragedy.

The American Crusade paints a grim and often cynical picture of America’s recent past, reflecting the attitudes, politics, and fears that shaped our nation in the new millennium. By sampling the contemporaneous French text on the Fourth Crusade, On the Conquest of Constantinople, author Mark Spivak reminds us of that ever-vital adage: “Those who cannot remember the past are condemned to repeat it.”

Fans of The Castle by Jack Pinter, The President Is Missing by Bill Clinton and James Patterson, House of Cards by Michael Dobbs, The Whistler by John Grisham, and the Aaron Sorkin–penned TV drama The West Wing will love this book.

The lights from the lanterns flickered against the walls of the cave. It was nearing midnight on May 1 in the tribal areas of Kabulistan, the mountainous and impenetrable regions high up near the Persepostan border. Salman Al-Akbar sat on a cushion, surrounded by his inner circle. Fazil Ahmadi, his director of operations, had just finished briefing him on the aftermath of the Mall of America attack and the subsequent suicide missions around the United States.

“Allah be praised!” Al-Akbar’s normally sad eyes were bright and jubilant. “We have succeeded beyond our wildest expectations, beyond the reach of our dreams. Allah is most with us.”

“This is so,” said Fazil Ahmadi. “Had we dreamed it, it could not have gone better.”

“What time is it now in Washington?”

“Four-thirty in the afternoon, sir.”

“And where is the young American President now?”

“We have no knowledge of his whereabouts, sir. He is in hiding.”

“Hiding?” Al-Akbar’s eyebrows arched toward the ceiling of the cave, and his normally expressionless face was close to registering hilarity. “From whom is he hiding? Robert Hornsby?”

“He has been removed from sight, sir. We suspect they took him to one of their nuclear installations.”

“Do they actually think we are in possession of nuclear weapons?”

“We believe it is a precaution on their part, sir.”

“Allah be praised!” Al-Akbar clapped his hands in glee. “This is beyond our imagining. Everything has gone off perfectly, with synchronized precision.”

“They will most certainly retaliate, sir.”

“Against whom?” asked Al-Akbar with contempt. “Our forces are safe. The loyalty of the warlords is secure, and they will not betray us.”

“We believe their most likely target will be the Dua Khamail. They will wage war against them and will surely defeat them. Then, they will restore Selim Hanjuk to power.”

“Let them have the Dua Khamail.” Al-Akbar shrugged. “To us, it matters not who is the ruler of Kabulistan. Any war they wage against the innocent population can only help us. It will bring more recruits to our side.”

“One thing I will guarantee you. They may topple the government of Kabulistan, or all of the governments of the earth, but they will never be at peace again. As they fall off to sleep, they will see us in their nightmares.”

“Yes, sir. Our position is strong, and the Americans can only immerse themselves in quicksand by invading Kabulistan. They will never find us, much less defeat us.”

“Their memories are short,” mused Al-Akbar. “They forget that the Russians tried and failed. It was their Vietnam. And the Americans are far weaker than the Russians. They do not have the will for a prolonged conflict.”

“Let us not underestimate their military strength, sir.”

“These infidels are like the Crusaders of old.” Al-Akbar’s fingers worked prayer beads in the darkness of the cave. “They have many troops, they have excellent weapons, and they have knowledge of warfare. But they lack the fire of belief, as well as the support of their people. And they do not have Allah on their side.” He smiled approvingly at his lieutenant. “You have done well today. And soon we will do better still. Today is the beginning of the great Jihad. Nearly eight hundred years ago, the East was ruled by Saladin and the true believers were victorious. That day will come again.”

Yes, this is my affiliate link. Should you make a purchase through it, I may earn a few pennies at no additional cost to you. Thank you for helping to support my websites! 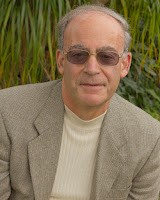 In the realm of non-fiction, award-winning author Mark Spivak focuses on wine, spirits, food, restaurants and culinary travel. His first book, Iconic Spirits: An Intoxicating History, was published by Lyons Press in 2012. He followed this with Moonshine Nation (Lyons Press, 2014), hailed as the definitive book on illegal corn whiskey in America. From 1994-1999 he was the wine writer for the Palm Beach Post, and was honored for excellence in wine criticism “in a graceful and approachable style.” Since 2001 he has been the Wine & Spirits Editor for the Palm Beach Media Group, and contributes to a number of national magazines. He is also the holder of the Certificate and Advanced Diplomas from the Court of Master Sommeliers.

Mark’s first novel, Friend of the Devil, was published by Black Opal Books in May 2016. Set in Palm Beach in 1990, it tells the story of America’s most famous chef, who has sold his soul to the Devil for fame and fortune.

Mark also has an endless fascination with the American political system and is an avid follower of Washington politics. His second novel, The American Crusade (a gripping political thriller set during the invasion of Iraq, which dips into the shadowy world of government conspiracy and political sabotage), will be released by TCK Publishing on April 4. He is currently at work on Impeachment, the sequel to The American Crusade.


Mark Spivak will be awarding a $25 Amazon or Barnes and Noble GC to a randomly drawn winner via rafflecopter during the tour.