Where Demons Dance by Emma Breidis

This one is for fans of historical fiction. I have an excerpt from Where Demons Dance by Emma Briedis for you. You can follow the tour for even more excerpts plus chances to leave comments and questions for the author and enter the giveaway. 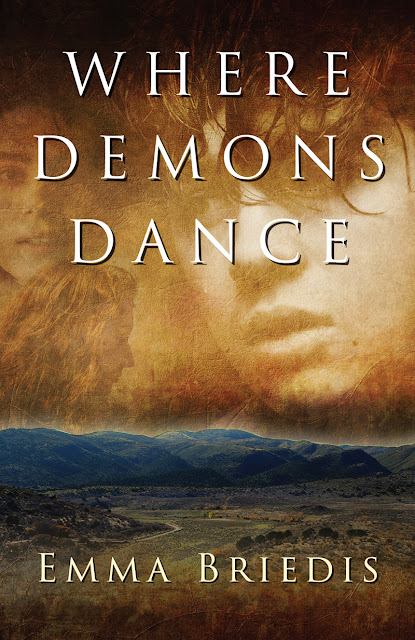 
A desperate widow…
It’s 1874 in Cedar City, Utah Territory, when Penelope Cavey finds her beloved husband, Henri, dead from a gunshot wound and the mysterious phrase, “demons dance” carved into the parlor mirror. Despite her brother’s attempts to dissuade her, Penelope is determined to find Henri’s killer and sets out alone for St. Joseph, a rural town in Utah—following the only clue Henri left for her.

A lying father…
Ava Patton is haunted by dreams of another life. Her nightmares give way to reality when her caring stepmother, Nellie, confirms her rising suspicions that the man who claims to be her father is only pretending to be, and that her real parents are dead. Astounded by this revelation, Ava sets out to uncover what became of her parents and in doing so, stumbles upon a heartbreaking tragedy. She is forced to stop her quest when her brother, Lawrence, falls seriously ill.

A labyrinth of a mansion…
Lawrence finds himself trapped within the winding halls of a large house, plagued by taunting voices as he struggles to escape. Unable to distinguish reality from the imaginary, Lawrence doesn’t know who or what imprisoned him there, nor to whom the house belongs. Lawrence realizes he holds the key and must find Ava and Penelope before another person is silenced.

“Henri?” she called out but received no response. The rhythmic ticking of the clock in the next room taunted her.

Where is he?! she thought with resentment.

She stepped into the parlor and froze. Her blood turned to ice as her stomach dropped, and a cold wave of fear washed over her.

Henri lay across the room on the floor, his lifeless eyes staring at the ceiling. A large puddle of blood had seeped from the bullet hole in the side of his head. His black hair was soaked in blood, and his hands lay limp at his sides.

She rushed to his side and embraced him, his head lolling.

“Henri!” she screamed, pulling him close to her. “Henri, what happened to you?!”

Tears began to run from her eyes as she grasped him, the warm blood soaking the dress she wore.

“Darling, come back to me,” she cried, her voice quivering.

She began to shake with tears as she rocked back and forth, gripping her dead husband to her chest. Unable to contain it, she let out a gasp of grief, shocked at the very circumstances she found herself hurled into. Their useless argument from earlier that day was forgotten as she grasped his lifeless body. She fervently prayed that he would wake as thousands of memories flashed before her eyes. Rocking on her knees, the pain inside of her chest only increased. Time seemed to stand still as she held him, unwilling to let go. 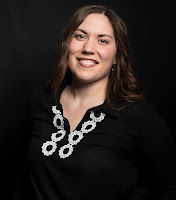 Emma Briedis has written six books in multiple genres, including fantasy, romance, and historical fiction with Where Demons Dance being her debut novel. After reading Victor Hugo’s Les Miserables at the age of thirteen, she decided to write a book of her own, and hasn’t stopped since. She lives in Southeastern Wisconsin with her dog, Chewie.

Emma Briedis will be awarding a $20 Amazon or Barnes and Noble GC to a randomly drawn winner via rafflecopter during the tour.