Exile in Darkness by Annalisa Carr

Welcome to the book blast for Exile in Darkness by Annalisa Carr! This one is for fans of paranormal urban fantasy romance. Check out the excerpt! And then follow the tour for even more excerpts and chances to win the giveaway as you leave comments and questions for the author. 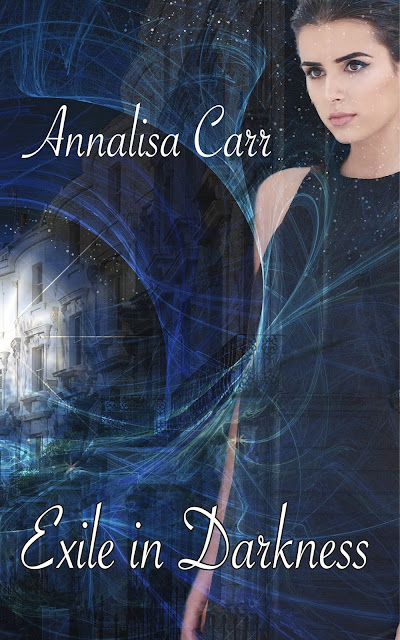 Heritage and magic matter to the London covens.
Aristocratic witch, Isabella Pethany, has heritage but not magic.
Underworld powerbroker, amnesiac vampire Maldit, has magic but no heritage.
Lukas Sindis, coven sorcerer and famous psychopath, has both.

Isabella’s null magic status makes her an embarrassment to her family, but since her sister was murdered, she is all they have left. Guilt makes her willing to do almost anything to compensate for her lack of value, but her grandmother’s proposal to match her with Lukas, in a bid to bring strong magic back to their bloodline, is a step too far.

When Maldit rescues a strange witch from hunting vampires, his main concern is to limit trouble in his territory. Witches are notoriously troublesome, and this one is no exception. Her proximity slashes through his damaged memory, allowing him to catch glimpses of his forgotten past.

Drugs have suppressed Lukas’s magic for almost twenty years, filling him with a reservoir of trapped power. When he escapes, his magic bursts free, falling like a tidal wave on Maldit and Isabella, sweeping away the spells paralysing both of them.

The dark secrets of the London coven are about to explode into the light of day.

“What do you think you’re doing?” As soon as they were in the taxi, Daisy started on her.

“I don’t know what you’re talking about.” Isabella folded her arms, hunched her shoulders and huddled in her corner of the back seat.

“Don’t lie to me. You let that vampire kiss you. Are you insane?” Spiralling strands of pale hair rose like a halo around Daisy’s face. “And he came to your house. He knows where you live.”

“I like him.” She hadn’t even reached the stage of admitting it to herself yet. Daisy was a pain in the ass. Isabella had never understood how such loud noises emerged from such a small person.

Daisy blew out an impatient breath. “I can see he’s absolutely gorgeous. Those cheekbones… I’d like to paint him, but for goodness sake, Izzy. You kissed him.”

“All right. I get what you’re saying.” Daisy’s rapidly rising voice made her head ache. “But he’s not like that. And he might help find out who killed Natalie. I need to know.”

“So you’ll see him again? Even if he’s likely to kill you?”

“He’s not going to kill me. He saved my life and anyway, like I said, it might as well be him as Lukas Sindis.”

“And what do expect to get from him? That kiss wasn’t about your sister. Are you looking for a fling?” 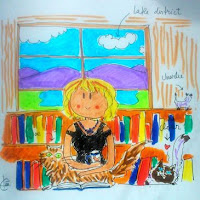 Annalisa Carr lives in the English Lake District with her two cats. She writes in multiple genres, but has a weakness for paranormal romance and urban fantasy.

As a child Annalisa wanted to be a scientist, wear a white coat and explore outer space. She worked as a scientist for a very long time, but never got to fly a spaceship or even travel beyond the solar system. This was a huge disappointment given the reasons for her career choice, so eventually she made up stories instead. Probably just as well, as she is claustrophobic.

Exile in Darkness is set in the same world as the Children of Poseidon series; a slightly skewed version of London.

Annalisa Carr will be awarding a $30 Amazon or B/N GC to a randomly drawn winner via rafflecopter during the tour.

a Rafflecopter giveaway
Posted by Andi at 9:38 AM