Shades of Justice by Carolyn Arnold 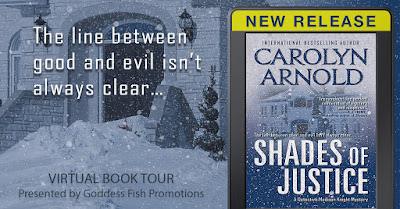 Welcome to the book tour for Shades of Justice by Carolyn Arnold! Please enjoy an excerpt before you download your own copy. Follow the tour and leave questions and comments for the author and then have bonus chances to enter the giveaway! 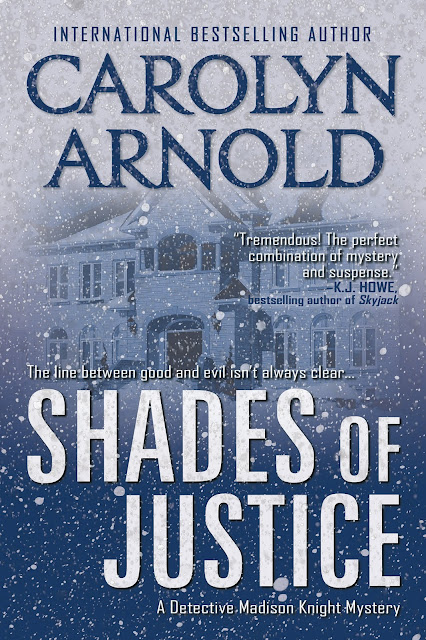 The line between good and evil isn’t always clear…

Detective Madison Knight has risked her badge—and her life—in the pursuit of justice before, and she just might need to do so again. Two victims are found murdered and naked in the home of Steven Malone, who is the largest contributor to the Stiles PD. One victim is his wife. The other victim is a John Doe. This high-profile double homicide immediately pits Madison against her sergeant, who seems more intent on protecting the Malones’ reputation and retaining a benefactor than catching a killer.

Madison will need to pull on her tenacity and courage if she’s going to follow the evidence without prejudice. In the process, it becomes clear that finding justice isn’t always black and white, and often the shades in between tell the fullest story—and it’s not something she will forget anytime soon.

They say someone’s always having a worse day than you are. Who the heck are “they,” and how would they know, anyway? Madison was pretty sure days couldn’t get much worse than the one Kimberly Olson-Malone was having. Madison couldn’t imagine finding her own mother dead—and naked with another man, no less. As much as she felt for Kimberly, she couldn’t let it cloud her judgment. Kimberly had been the one to find them and that alone made her the first suspect.

Terry pointed to the next street as they drove. “Turn right there.”

Even though Terry knew where they were going, Madison was the one driving.

She took the corner, and he pointed at a two-story, gray-brick mansion. With the exception of the forensics van and a police cruiser parked in the three-car driveway, the house had terrific curb appeal with its large front windows and double-door entry.

Madison parked out front on the street.

“Before we go in, I’m going to give you a warning,” Terry said.

She glanced over at him, her hand letting go of the door handle. Was he going to tell her it was a messy scene? There wasn’t much else that turned her stomach as did the sight and stench of a lot of blood. She gulped. The victims had been shot.

“Okay,” she said with trepidation.

“Cynthia’s on the warpath,” Terry said. “She makes your bad moods look like—”

“Be careful of your next words.”

“Or what?” He wriggled his fingers as if to say, Bring it on.

Terry really was the brother she never had. “Why’s she in a bad mood?” Madison asked but could think of at least one off the top of her head: her wedding was mere days away, and a case like this would take a lot of time for evidence collection and processing. That thought led to another. “Oh, no.”

“We had plans for a final dress fitting tonight. We might have to push that off.”

Terry arched his brows. “I’m not a wedding planner, but shouldn’t dress fittings have been done ages ago?”

It wasn’t for the lack of trying, but it turned out that when dresses were ordered from different shops, they could be made from different dye lots. With Cynthia’s sister and bridesmaid, Tammy, living in Alabama, she’d gotten hers there while Madison ordered hers in Stiles. With take two, they returned their initial dresses and arranged to get new ones from the same bridal shop in Stiles. “It’s a long story,” was all she said.

Yes, this is my affiliate link. That just means that when you make a purchase through it, I earn a few pennies at no additional cost to you. Thank you for supporting my websites! 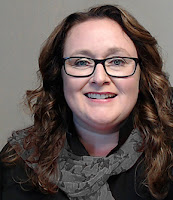 CAROLYN ARNOLD is an international bestselling and award-winning author, as well as a speaker, teacher, and inspirational mentor. She has four continuing fiction series—Detective Madison Knight, Brandon Fisher FBI, McKinley Mysteries, and Matthew Connor Adventures—and has written nearly thirty books. Her genre diversity offers her readers everything from cozy to hard-boiled mysteries, and thrillers to action adventures.

She currently lives in London, Ontario with her husband and beagle and is a member of Crime Writers of Canada and Sisters in Crime.

And don’t forget to sign up for her newsletter for up-to-date information on release and special offers at http://carolynarnold.net/newsletters.

Carolyn Arnold will be awarding a personalized paperback copy of Power Struggle to a randomly drawn winner (International Giveaway) via rafflecopter during the tour.