Profilers. Serial killers. The hunt is on. Do serial killers and the FBI fascinate you? Do you like getting inside the minds of killers, love being creeped out, sleeping with your eyes open, and feeling like you’re involved in murder investigations? Then join FBI agent and profiler Brandon Fisher and his team with the Behavioral Analysis Unit in their hunt for serial killers.

This is the perfect book series for fans of JT Ellison, Catherine Coulter, Allison Brennan, and Blake Pierce. This series is also bound to entertain those who enjoy Criminal Minds, NCIS, Silence of the Lambs, Seven, Dexter, Luther, and True Crime.

Read in any order or follow the series from the beginning: Eleven, Silent Graves, The Defenseless, Blue Baby, Violated, Remnants, On the Count of Three. 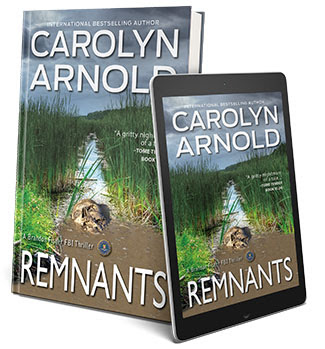 All that remains are whispers of the past…

When multiple body parts are recovered from the Little Ogeechee River in Savannah, Georgia, local law enforcement calls in FBI agent and profiler Brandon Fisher and his team to investigate. But with the remains pointing to three separate victims, this isn’t proving to be an open-and-shut case.

With no quick means of identifying the victims, building a profile of this serial killer is proving more challenging than usual. How is the killer picking these victims? Why are their limbs being severed and bodies mutilated? And what is it about them that is triggering this killer to murder?

The questions compound as the body count continues to rise, and when a torso painted blue and missing its heart is found, the case takes an even darker turn. But this is only the beginning, and these new leads draw the FBI into a creepy psychological nightmare. One thing is clear, though: the killing isn’t going to stop until they figure it all out. And they are running out of time… 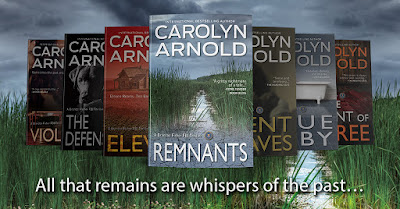 Do serial killers and the FBI fascinate you? Do you like getting inside the minds of killers, or love being creeped out, sleeping with your eyes open, and feeling like you’re involved in murder investigations? Then the Brandon Fisher FBI series is for you! Join FBI agent and profiler Brandon Fisher and his team with the Behavioral Analysis Unit in their hunt for serial killers.

Each book in the series takes the reader inside the mind of a serial killer and uncovers his or her thought process and motivation. Each book also follows the execution of torture on the victims and their murders. And of course, each book preys on society’s fascination with serial killers.


Killing was the best sedative. Just knowing that the time was coming had allowed him to fall asleep the second his head had hit the pillow last night, and now the clock on his nightstand told him it was almost noon.

He got out of bed and opened the curtains, letting the sun spill in and blanket him in its warm glow. Closing his eyes, he bathed in its splendor. His breath was calm and deep as he got down onto his knees and spread his arms heavenward, giving thanks for not just another day but for the blessing of life. Not his, but what would be the beginning of another offering.

He remained there in a meditative state, letting his consciousness drift to the other realm, a place far too few visited or were even aware of. But it was in this stillness that he found his true self, his identity, and his purpose, where he became centered and focused on the seriousness of his mission.

He wrapped himself in a black robe and shuffled downstairs and out the back door. He stood on the patio facing the riverbank with his eyes closed.

As the sun warmed his eyelids, he imagined himself being carried up toward the sky, merging with the flames, the source of life, and shedding his human form. He knew that he belonged somewhere else—a different plane of existence—but the physical required roots. So for now, he was grounded.

He remained standing there until the sun ducked behind a cloud, the shadows casting over him. He opened his eyes and knew. It was time.

His stride was full of purpose as he returned inside to where he kept the man in a dimly lit room. He closed the door behind him and headed for the preparation room.

The man was standing, restrained at the wrists and ankles, and held up by a clasp around his neck. His arms and legs were stretched out like rays of sunshine. The offering was free to talk, but his spirit had become broken with the passage of time and he rarely whispered a word.

If you’re brave enough to tap into the dark side, Remnants is available where books are sold in e-book, paperback, and hardcover, including the following retailers: 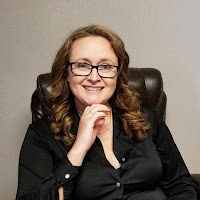 CAROLYN ARNOLD is an international bestselling and award-winning author, as well as a speaker, teacher, and inspirational mentor. She has four continuing fiction series—Detective Madison Knight, Brandon Fisher FBI, McKinley Mysteries, and Matthew Connor Adventures—and has written nearly thirty books. Her genre diversity offers her readers everything from cozy to hard-boiled mysteries, and thrillers to action adventures.

She currently lives in London, Ontario, with her husband and beagle and is a member of Crime Writers of Canada and Sisters in Crime.

And don’t forget to sign up for her newsletter for up-to-date information on release and special offers at http://carolynarnold.net/newsletters

Carolyn Arnold will be giving away a paperback copy of Remnants. Follow the tour and enter the Rafflecopter for your chance to win!