The Persistence of Memory Book 1: Deja Vu by Karen Janowsky

Welcome to the book blast for The Persistence of Memory Book 1: Deja Vu by Karen Janowsky! I have an excerpt for you to enjoy today, and then you can follow the rest of the book tour to read even more excerpts. Leave questions and comments for the author along the way. And also be sure to enter the giveaway! 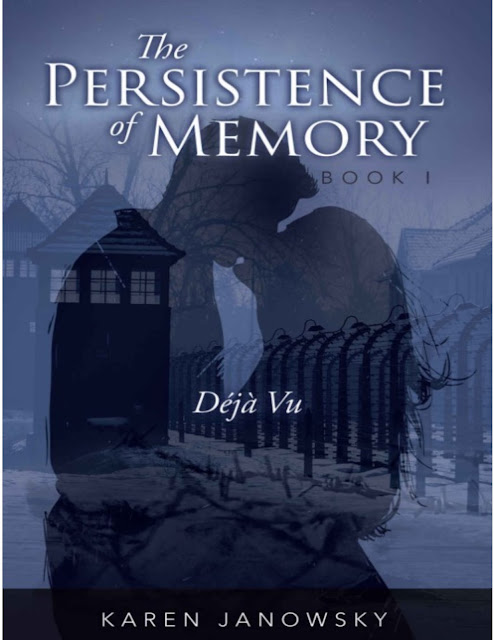 
When superheroes fall in love, anything can happen.

Daniel Hecht doesn’t belong in this century. Catapulted into the present from 1943, he’s out of place and out of touch. Still, he was the American war hero called “Lionheart” and his heroism has followed him into the modern world. He now leads an underground group of superpowered misfits, but the misfit he keeps turning to is Nina Asher.

Nina has a vast knowledge of history, yet no idea who she is or where she’s from. She has become the target of dangerous creatures that have appeared all over the world. As she and Daniel work to decipher an ancient, cryptic myth, they experience flashbacks to things that never could have happened. They are falling in love, but there’s something they’re sure they need to remember, and it’s keeping them apart.

The key to saving the world may begin with the act of remembering.

‘The New Woman was blessed. Each of the gods lay a gift inside the womb of the unborn goddess.’

“As a matter of fact, I already have gotten lost in here,” Nina admitted. She had just led Daniel through the archives room at the back of the library. After a few unintended detours, they managed to find their way back to the entrance. “I don’t think I’m usually this bad with direction.” She wondered if she should have said that aloud. It seemed like the opposite of what one should say while trying to make a good impression. She saw him look at her sideways and couldn’t quite tell whether he was trying not to laugh at her.

“I can see why.” He turned around, surveying the labyrinthine expanse of corridors demarcated by large crates and floor-to-ceiling shelves which were crammed with boxes, tools, and large, old-looking objects. He smiled. “You’ve got your work cut out for you, organizing this place.”

He turned around again. He was only a few inches away from her, and when he reached past her waist, she held her breath. A memory flashed of the same motion, the same, comforting scent, like the woods after it rained, and a familiar, definitively masculine arm pulling her closer. The memory vanished as he leaned in and turned the doorknob, holding the door open for her to pass. She met his eyes as she walked by him and he looked as startled as she felt. She tried to blink away the residual, now contentless déjà vu. “Well, I won’t be bored, at least.” She tried to get a quick, surreptitious impression of his reaction, hoping his face wouldn’t register disappointment in her lack of wit. When she glanced up, it was obvious that he had been looking at her as well. They locked eyes and looked away.

Where to Buy:
Amazon / Barnes and Noble / Apple iBooks / Kobo
Should you make a purchase through my affiliate link, I may earn a few pennies at no additional cost to you. Thank you for supporting my websites! 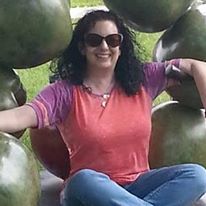 Karen Janowsky has been fascinated by ancient mythology since childhood. She has loved superheroes since the first time she saw the Super Friends on television in 1970’s. Because flying an invisible jet was never a viable career option, and because running around in a cape, swimsuit, and bright red boots is not socially acceptable for adults, she teaches yoga and writing at the College of Southern Maryland. Her stories and poems have been featured in several anthologies and literary magazines since 1991. She received her master’s degree in English from Florida State University.

Karen Janowsky will be awarding a digital copy of the entire Persistence of Memory trilogy: Deja vu, All Our Yesterdays, and The Beginning of Always, in epub or mobi, to a randomly drawn winner via rafflecopter during the tour.