Welcome to author Edgar Swamp today! He's letting us get to know him a little bit better today in this interview. I have to say that I love the books that inspired him. I think our bookshelves must look quite similar. Enjoy his answers and then feel free to ask even more questions in the comments area. Read an excerpt before you download his book. And then follow the book tour for even more. Best of luck in the giveaway!

Describe your book in one sentence or fewer than 25 words.


An unprecedented tragedy befalls a reclusive village, prompting two detectives to sift through the conflicting stories of the five survivors to get to the truth.


This is my fourth novel, and I wanted to write one that my family could read. My previous works are laden with profanity, graphic violence, sex, and other general unpleasantries. This novel was inspired by a sibling’s suggestion that I write something that a wider audience would enjoy, a book with no BS, and no undue sarcasm, just a solid story with likeable characters.


My absolute favorite scene in this novel is at the end, the culmination of all the characters’ stories and the showpiece powerhouse grand slam ending. It wasn’t my favorite part to write because it was exceedingly difficult and I had to work and re-work it many times to make sure it was coordinately bombastic enough, but it is certainly my favorite part to read! It’s the reveal, and it brings the fantasy and horror elements into play in a heart-stopping fashion.

Why should we read your book?


If you are a fan of multiple genre works that are well-written, fast-paced, and exciting, this is a must read. It’s a detective mystery at heart, however, it includes elements of fantasy and horror. Folks who enjoy The Twilight Zone would especially appreciate it, as well as anyone who loves a good page-turner, gobbling up the words to find out what the heck is going on.


Of the four books I’ve published, the first is a horror novel, the second is dystopian sci-fi, the third a crime comedy, and Amber Hollow is a crossover-genre mystery. I love writing in all genres; in fact, the type of novel I write depends on my idea. I infuse comedy into all of my books because I love the release of tension, but I love crafting scenes that make reader’s pulse race from either excitement or fear.

What book and/or author changed your life?


I have four, and each of them had a major impact on me during four stages of my life. The first was The Shining by Stephen King. I read it when I was 12 and after it, I could never read another YA book again. The style, the pacing, the utter creepiness … it was the first book to open my eyes to the all of the stylistic possibilities of the English language. The second was One Flew Over the Cuckoo’s Nest by Ken Kesey, which I read when I was 15. Simply put, another brilliant showcase of creativity to tell a timeless tale in an incomparable voice. The third was Slaughterhouse Five by Kurt Vonnegut, which I read when I was 17; that man was a genius, creating such a moving tale about WWII while interweaving science-fiction and time travel. He’s arguably one of the best writers of creative fiction of the 21st century. Last, but definitely not least, is Fight Club by Chuck Palahniuk. I read it when I was 30 years old (big gap there, I know) and yet again my world was turned upside down. This writer’s first book would become a blueprint for how I looked at the world, at how I viewed both reality and non-reality. It is in my opinion that he is a modern-day Kurt Vonnegut.


I am a skilled musician who plays many different instruments (mostly strings but some percussion as well) and sings. I enjoy playing the works of the rock and roll greats such as Alice in Chains, Pink Floyd, CCR, The Beatles, Nirvana, etc., as well as writing my own songs that can showcase my four-octave range. Besides writing, bashing away on my guitar while screaming my brains out is my favorite thing to do!

What is one skill you wish you had?


I’ve always really wished I could paint or draw; I’m such a lousy artist I can’t even do stick figures well! I actually got Ds in art class throughout my scholastic years … I’m just that terrible. I couldn’t mold clay, couldn’t do pastels, couldn’t do water colors … couldn’t do squat. I tried to make a bong in my senior year of high school out of clay, and it looked like a nuclear power plant tower after a meltdown!

Let’s say I’m coming for a visit to your area. What are some must-see places?


You are asking the best person this question because I live in San Diego, California, where there is just about anything you can imagine regarding ocean, mountains, or desert activities. If you would like to swim with sharks, I can take you to La Jolla Cove in the late summer when the nurse sharks are breeding. If you’d like a wonderful view from 7000 feet up, we can go to Mount Palomar where there is a renowned observatory. Night life and clubbing are popular in the Gas Lamp district downtown, and there are a lot of funky, coastal surfing areas where you can chill and grab a giant burrito. And the desert? That’s where all the meth labs are. Yeah … we’ll skip the desert!

What is something on your bucket list you have accomplished? Want to accomplish?


I always wanted to bungee jump, and when I was 36 years old, I finally did at the San Diego County Fair. The first time I did it, it was terrifying; the second time I did it, it felt like a “been there, done that” moment, so next up on my bucket list is to go parachuting. I have a top five list of how I want to exit this world, you know, what would look cool on your tombstone, and “Parachute Didn’t Open” is one of them. Second on this list, obviously, is “Eaten by Sharks”! 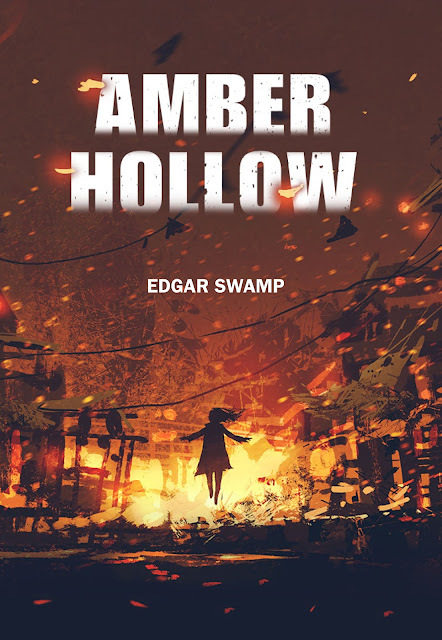 On July 15, 1991, an isolated village in Northern Wisconsin is ground zero for an unprecedented, fiery tragedy. Of the community's 600 residents, there are only five survivors. Detailed accounts by the victims contradict each other; the only link is a man named Anthony Guntram, but because he is presumed to be dead, this claim can't be verified. Further investigations reveal a culture enshrouded in mystery. What are the survivors hiding?

Only the villagers know the secret of Amber Hollow, a place where sanity is checked at the town line and the parameters of reality become blurred. An unconventional horror story by design, Edgar Swamp delivers an action-driven page-turner that will keep readers guessing until the calamitous ending.

“I’m not going back!” the woman screamed, her eyes rolling in terror. “You hear me? I’m never going back!”

“We understand,” Sadie said, approaching carefully from the opposite side of her partner, although her reply couldn’t have been farther from the truth. So far, she didn’t understand anything. However, she knew for certain that this woman’s passing wouldn’t do them a damn bit of good at getting to the truth. They needed to keep her still so she wouldn’t let go.

“We’re here to help you,” Jeremy said, “in fact, we were on our way to the hospital to visit you, to ask you some questions—”

“You have questions, you can ask Anthony Guntram! It’s his fault, all his fault!”

“I’m afraid we can’t do that, ma’am.” He gazed down, saw a police boat approaching from the mouth of the river. Good timing. “Please, let us help you. Take my hand.”

“I don’t want your help!” she screamed, and in her exertion one of her feet slipped and she almost fell, the only thing keeping her from plunging over the side was her grip on the cable, which apparently was pretty tight. “You can’t help me, no one can!”

“Never,” she croaked in a husky voice, and then she let go of the cable. 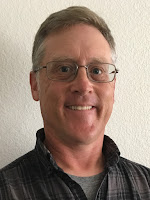 Edgar Swamp is the author of the “Gyre Mission,” “Glitch in the Machine,” and “Blackout.” His short stories have appeared in Alienskin, Macabre Cadaver, and Urban Reinventors. When he isn’t holed up in his office playing online poker, he likes to dig up the recently deceased and make furniture out of their skin. He lives and works in San Diego, California.

Edgar Swamp will be awarding a $10 Amazon/BN GC to a randomly drawn winner via rafflecopter during the tour.