Welcome to the book tour for Secrets of the IN-Group by Carolyn Re and Loretta Re! I have an excerpt and my review of this book for you today. But even more fun is a deleted scene that the authors wanted to share with you all. Be sure to let them know what you think in the comments section! And then be sure to follow the tour for even more. You can also enter to win a $10 gift card in the giveaway at the end!

Deleted Scene from Secrets of the IN-Group

‘Could I ask for some advice? I have a customer who’s suggesting we stop using PayPal and do our transactions off-line instead. Save us both the fees involved. I wondered if you could trace her email address for me first, though? To check that it’s genuine, before I agree.’

‘Happy to,’ Martin’s confident, reassuring tone soothed her nerves but only until his next words. ’But my advice would be “DON’T DO IT”. It’s too risky and it’s not worth bypassing safeguards for the small amount you’ll be saving.’

‘Sure, understand that completely.’ Boy, did she understand that—now! Unbeknown to Martin, the off-line payment she was expecting hadn’t come through.

‘But this customer has bought from me before, and she’s always been trustworthy,’ she continued. ‘In fact, we’ve become quite good friends. She lives in the US. I wasn’t going to take her suggestion on as a serious proposition, but … I thought … out of curiosity … it might be interesting to check if her email address is genuine.’

‘No problem at all,’ Martin said, before adding, ‘of course, they play the long game.’

‘Scammers. They do small sales at first and always pay on time to convince you that they’re honest, make out they’re your friend, that they have similar interests etcetera until they’ve reeled you in. Then they suggest you move off line, claiming it will save you money. Before you know it, BANG! You’ve done a whole wad of cash.’

Denise held her breath. Did he know already? She gave a feeble laugh but said nothing.


‘I’ve got the information you’re after Denise.’ It was Martin again, just twenty-four hours later, sounding pleased. ‘Wise decision to check it out first. The email address re-routes though several countries, but ends up in Eastern Europe. It’s a scam all right.’ 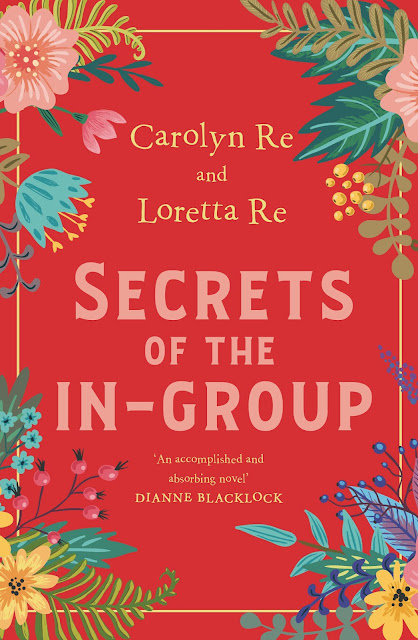 Secrets of the IN-Group

A small town. A world wide web. Is the net really a friend?

What do you do when the children have flown the nest and you have time on your hands?

Six women in the Australian riverside city of Albury realise that, without social media skills, they’re staring irrelevancy in the face. Their book club won’t cut it any more. It’s time to go virtual.

But their decision to plunge into the on-line world brings shocking revelations and unexpected outcomes. Friendships, new and old, are tested and their lives teeter on the edge of collapse. They must navigate a path through the chaos. But who exactly can they trust?

[At Martin’s technology lesson, Sarah is shocked at an image on her husband’s iPhone]

—Sarah tried to smile, but her face felt stiff, as if she’d had Botox injected. Her mind screamed: Who is this girl who looks so like Anna? Why is she on Rob’s home screen? And why is he enveloping her in some sort of … horrible hug? It wasn’t the kind of hug you’d give a girlfriend, more like a father’s proud embrace.

Andrea cleared her throat loudly in a distracting way, quite out of character.

‘Sorry, but I have to go soon,’ she said, gathering her things. She slid her iPad into its leather satchel. ‘Such a nuisance. It’s been fun tonight.’ She looked at Martin. ‘There’s only ten minutes left, would you mind if we finished early? Pick up on this again next week?’

Thank you, Andrea. The ploy had given Sarah momentary breathing space. Her internal scream quietened a little. She had to get out of here, away from the goodbye chatter and the polite offers to take a slice of cake home. She needed to digest what she’d seen and work out what it meant. She had to have time to think.

She dreaded time to think. With the flick of a switch—what a cliché, but how true in this case—her life had changed. It was all so confusing; her fragmented brain whirled with questions. But an answer, barely thought out, misshapen but insistent, was boring into her brain.

Rob has another daughter somewhere. A daughter who’s the image of ours …

**My thoughts**
I have to admit that I was first drawn to the book because of its title. In college, one of my groups of friends called ourselves the "In Group," but it was somewhat different. Granted, we were quite the motley crew of young men and women brought together because of technology, but were still young and foolish and rarely discussed books. And we definitely did learn a lot of life lessons along the way.

When I started to read the book, I was, of course, delighted to find that the first women we were introduced to was also named Andrea. It's always amusing to read about a character who shares your name, because you find yourself kind of comparing yourself to that character. Or at least I do. And then we meet all of the other ladies.

Andrea and Sarah have been friends almost forever. They decide to start a book club and end up making four new unlikely friends, Kate, Denise, Libby, and Neelam. They segue into learning about the technological world, as they can barely use smartphones and Kindles, let along iPads and laptops. They enter the world of email and blogging and online buying/selling and so much more, thanks to their attractive and patient widowed instructor Martin. It's like a whole new world has opened up for them. But shiny things are not always as wonderful as they seem.

Each of these women is in need of a makeover in her life. There are secrets from previous lives from before the group and new secrets uncovered thanks to technology, as well as technology creating horrible new secrets that they keep from each other. Friendships are tested and families are forever changed. Romance is in the air, as is deception. These women have a lot to learn about life, despite all of their years of experience. And most of all, they learn a lot about themselves as they each go through their personal trials and tribulations. Likewise, the reader may learn a little bit of life lessons as well, if she is paying attention and open to it.

I was gripped by their roller coaster of plights, applauding their triumphs and cringing during their disasters. It could be interesting to find out what else happens to these ladies in the future. And I will be on the lookout for more collaborations between these sister authors. 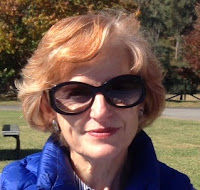 Carolyn Re worked for over twenty years as a general practitioner before turning to writing. No longer needing to produce serious medical and scientific articles, she's now writing contemporary fiction for older women. Carolyn lives in the regional city of Albury, New South Wales, with Ziggy the whippet and three contented chickens. 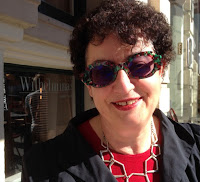 Loretta Re is a former lawyer who is now writing novels and screenplays. Her book for middle grade readers, Stand Up and Cheer, is a story inspired by the rescue of the Uiver DC2 over Albury during the 1934 Centenary Air Race. It was voted one of the best books for literacy and language development in 2015. Loretta lives in Sydney and is on the board of Writing NSW.

Carolyn Re and Loretta Re will be awarding a $10 Amazon or B/N GC to a randomly drawn winner via rafflecopter during the tour.