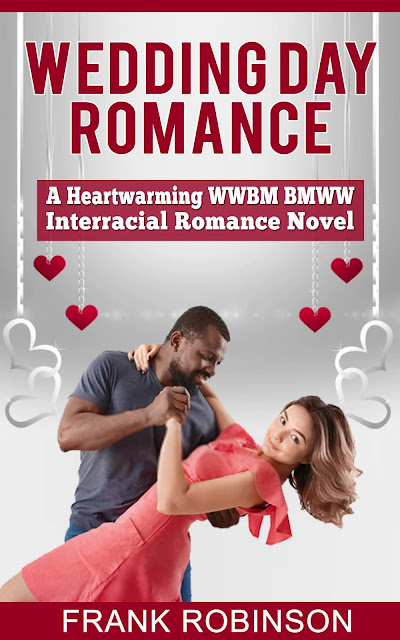 …………and a face handsome enough to give a young Denzel Washington a run for his money.

When a tall, dark and muscular police detective steps up to save Kellie from her creepy ex-boyfriend stalker, she quickly realizes that the worst dance student she has ever had is also her best chance at true love.

In this captivating interracial romance story, a beautiful and limber dance instructor named Kellie moved to Chicago to start over after a nasty breakup that left her heart in pieces. African American Chicago police detective Jacob Evans tragically lost his big-hearted partner Tom in a brutal shootout. A new country music fan thanks to his fallen partner, Jake has a daunting promise to keep - learn line dancing (which was one of Tom's passions) and stick with it long enough to enter a dance contest. The problem is… Jake can't dance a step.

When Jake comes into Kellie's dance studio one rainy evening to sign up for lessons, their burdens feel lighter the moment they look into each other's eyes. But, their road to romance is a rocky one. Jake's two left feet can improve with practice, but Kellie's past will not let her go.

Wedding Day Romance is a heartwarming story of interracial love and passion, with plenty of BMWW WWBM Romance scenes and ex-boyfriend drama to keep you turning pages until you reach the climax of this rewarding 'Happily Ever After' Romance novelette. 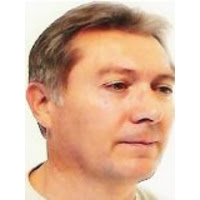 Frank is an author, musician, songwriter and video producer with a passion for writing books and songs.

Romance books written by Frank are:

From Friends To Lovers

Other books written by Frank:

"Into The Travellers World" was Franks first book, a science fiction short story, based on the Mountain Rio song The Traveller, this was launched in June 2016.

Frank writes songs in many different genres and promotes his country songs under the alias of Mountain Rio. All Mountain Rio songs are recorded in Nashville by producer Stacy Hogan and feature the wonderful vocals of Mike Lusk.

Other aliase’s Frank releases his songs under are Athenos, The Amazing Doctor Love, Tinsel, Mixed Bag, The Snowmen and Franchesco De Rosa. All of Frank's songs are released on the Mountain Rio label and are available to download from all major online stores.

Frank has had a number of hits in The Official European Independent Music Chart. The highest entry to date was in December 2015 when his song Babes, a pop/dance track, featuring The Amazing Doctor Love reached number two.

Frank worked in the UK Railway industry for 42 years before retiring in October 2015.
To find out more about what Frank is up to these days, check out his website.

You can also hear more of his music and see a selection of videos on the website.

I was compensated via Fiverr for sharing this book. I only share those books that I feel will be of interest to my readers.
Posted by Andi at 12:00 AM
Labels: 99 cents, book promo, contemporary romance, Featured Fiverr, interracial romance