Flight to Freedom by Ray Anselmo 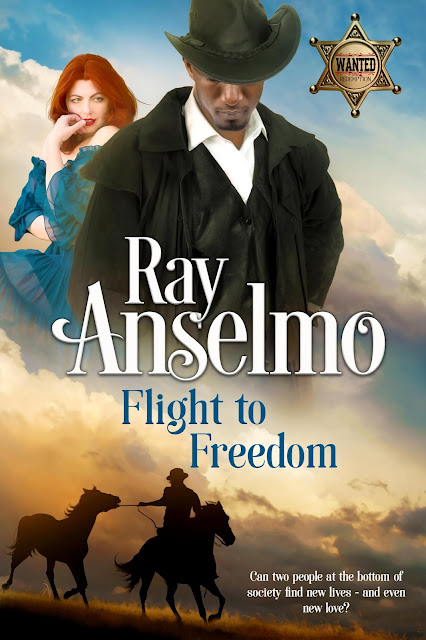 Redemption Bluff, Kansas in 1869 was a place of safety for society’s unwanted – the outlaw, the shellshocked, the abandoned, the sinful, the dregs. People came there because there was nowhere else they could go, to start a new life, sometimes even with a new name, and leave their sordid or painful pasts behind.

That was why Rose Mahaffey was headed there. “Rose Red,” a longtime prostitute, wanted to get out of the “life” while she still had a life, and she’d heard about how others had turned their lives around in the odd little town. But getting there, changing herself – and getting others to believe she had changed – was going to be harder than she thought. As would avoiding the man who was committed to keeping her bound to his evil will.

Calder Owens escaped slavery in Mississippi during the Civil War and ran west, finally landing in Redemption Bluff to run the local stagecoach stop. He’d settled in and become part of the struggling community. But an early-morning knock on his door – and a stranger lying on his living room rug – was about to unsettle him, make him question many things in his life … and bring back the dark secret he’d worked for years to bury.

Surprises, conflicts, brushes with death, and even romance – all of these await Rose and Calder on their FLIGHT TO FREEDOM!

Buy it on Amazon
(affiliate link) 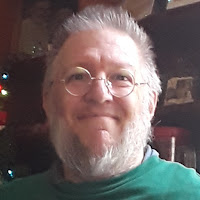 Ray Anselmo lives with his wife, son, cat and neuroses in Stockton, California. Flight to Freedom is his fourteenth book and second Western.

I was compensated via Fiverr for sharing this post. I only share those books that I feel will be of interest to my readers.
Posted by Andi at 11:22 AM
Labels: book promo, Featured Fiverr, sweet romance, western romance