Top 10 Things About Jake from Murder by Munchausen Series by M.T. Bass

Sometimes what seems to be the worst thing ends up being the best thing. Such is the case in the life of Jake, the star of the Murder by Munchausen series by M.T. Bass. Find out more about him in this Top 10 by the author. Let the author know what you think and ask questions along the way as you follow the rest of the tour. You can also enjoy an excerpt, plus enter the giveaway!

Jake is the main character of the Murder by Munchausen Trilogy Series. His demotion from Robbery/Homicide into the Artificial Crimes Unit ultimately saved the career of his former work partner and now lover, Maddie, but left him to repo criminally wayward robots—until he crosses paths with the "Baron" who is resurrecting history's notorious serial killers, giving them a second life in the bodies of hacked and reprogrammed Personal Assistant Androids, then turning them loose to terrorize the city. While his flaws likely exceed a “Top 10 List,” I count these on the positive side of the ledger: 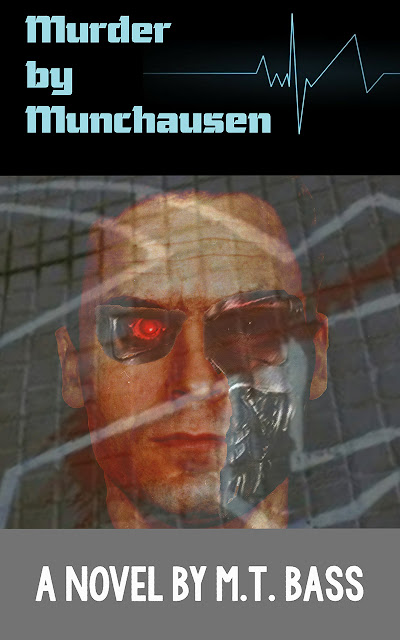 Murder by Munchausen Chapter 1 – The Warehouse

This particular Android Subject apparently went off the rails and killed a luckless pedestrian on his way to a bodega for some iced tea or bottled water to quench his thirst. A one-in-a-million occurrence, but every so often it still happens. Anyone who believes technology is infallible is a fool. The incident didn’t appear all that nefarious when first reported, but shortly thereafter the Atlas data stream went dark and patrol called our unit in. It quickly became obvious we were dealing with a malware hit, not a malfunction. The luckless pedestrian was actually not so luckless, being on what appeared to be the winning side of a particularly nasty termination suit with his ex, who we suspected had outsourced the final settlement to extra-judicial parties.

It might not make sense, but the beloved Media tags it “Murder by Munchausen.” For a price, there are hackers out there who will reprogram a synthoid to do your dirty work. The bad news: no fingerprints or DNA left at the crime scene. The good news—at least for us—is that they’re like missiles: once they hit their target, they’re usually as harmless as empty brass. The trick is to get them before they melt down their core OS data, so you can get the unit into forensics for analysis and, hopefully, an arrest.

EC’s scanner returned a hard ping. His quick double blink put his cross-hairs up on my lens and I followed his eye line to the northwest corner of the building… 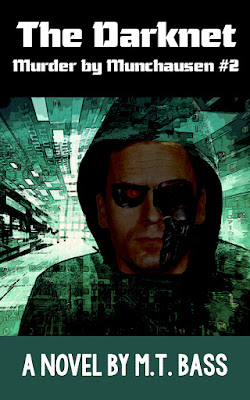 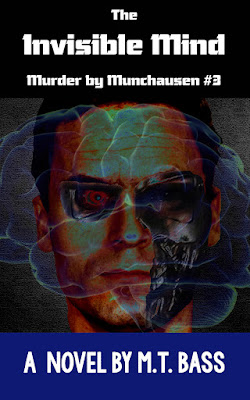 M.T. Bass will be awarding a $50 Amazon or Barnes and Noble GC to a randomly drawn winner via rafflecopter during the tour.