'Along Came Pauly' by Chris Redding 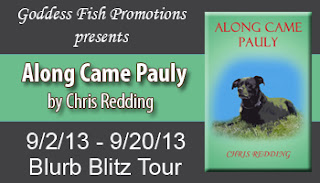 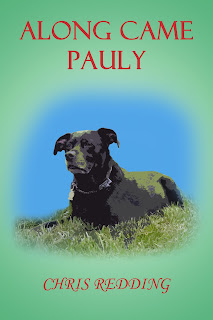 A contemporary romance about a dog that brings two people together who don't want to be. She's a vegetarian veterinarian who needs cash for a no-kill shelter. He's the heir to a hot dog fortune who must give away money before he gains his inheritance. Sounds like a perfect match. It isn't.

Paul arrived home that night “Jeeves, I’m in love,” he said to his butler.

The emotion filled him with a sense of purpose. He had a name and a face. Now he could find the address. With Jeeves’ help.

Paul Vincenzo’s butler peered over his half-glasses. He sat at the giant island in the giant kitchen. “That’s the third time this week.”

Paul undid his bowtie, dropped it on the kitchen counter, and then pulled out his cufflinks. Jeeves just didn’t understand.

Paul thought back to the way her hair glowed under the chandelier. As if the heavens had shone a light just on her. He couldn’t have stopped looking at her even if he’d gone blind. “No, really. I met the most beautiful women I’ve ever seen.

Jeeves put down his newspaper to sip from a glass of white wine. “I’ll bite. Who is she? A Greek heiress slumming it in New Jersey? No? A starlet on sabbatical.”

Paul shook his head. He understood the butler’s reluctance to believe him. Women had always been a salad bar to him. He’d wanted to taste them all, but this time it was different. Daria was different.

“Jeeves, I’m serious. Her name is Daria Jacks.” He’d liked the feel of her name in his mouth. Daria. He rolled it over in his mind. Daria. What an interesting name.
“And what does this fine specimen of a woman do?”

Jeeves’ question brought him back to reality. Not many people at the ball had even known her name, let alone where she’d come from. Like Cinderella, she’d lost her shoe. “I think she’s a doctor. Maybe a vet.”

“You think?” Jeeves lifted his paper back up to read.

“I didn’t actually get to talk to her.”

Paul had been a panther stalking his prey all night. She’d been seated well across the room. Her date hadn’t led her onto the dance floor, giving Paul a chance to cut in.

Her elusiveness had made the chase even more exciting.

Jeeves frowned. “How do you know you’re in love with her?”

“There was something…” he paused to find the right word, “familiar about her.”

As if he’d known her all of his life. Or maybe in another life. Not that he was deep or metaphysical. He just knew there’d been a connection, a meeting of the minds. Their psyches had bonded.

He strolled to the fridge to pour himself some wine.

Jeeves wasn’t buying it, but Paul didn’t care. He had to meet Daria. As sure as he’d take his next breath. 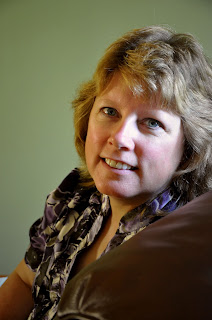 Chris Redding lives in New Jersey with her husband, two sons, one dog and three rabbits. She graduated from Penn State with a degree in journalism. When she isn’t writing, she works for her local hospital Her books are filled with romance, suspense and thrills.

Chris will be awarding a $10 Amazon Gift card to a randomly drawn commenter during the tour. Follow the tour for more chances to win!
Posted by Andi at 3:30 AM
Labels: book promo, excerpt, giveaway, Goddess Fish