Everything I know about life, I learned from my fridge magnets by Trudi Jaye, author of 'Ringmaster'

Everything I know about life, I learned from my fridge magnets

I’m one of those people who cover their fridge in stuff. Business cards for the local doctors clinic and the really good electrician I don’t want to forget about. A printed list of the kinds of diseases a toddler is likely catch, alongside the contact details of our lovely neighbour who bakes the best bread you’ve ever tasted. Immunisation schedules, diet lists, the mechanic’s details; it’s all there. But the best part of my fridge is the magnets that I’ve collected over time. They tell the story of what I want to aspire to in my everyday life, and in my writing.

Number one: You Rock.

This one is about self-belief. I put this one there when we were going through a tough time with our business and it was easy to believe that we were the ones at fault, that we should have been doing more, better, differently. It was a reminder that it didn’t define who we were, and that despite everything, we could continue on as good people. We no longer have the business (thankfully), and are both happily ensconced in different careers, and barely remember the days when we had to remind each other that it was going to be okay. Phew. Now it’s there to remind me that I’m okay, no matter what life may throw at me.

Number two: A year from now, what will you wish you had done today?

This is a great one for writers. It’s happened to me for so many years with my writing, where I would plan to start writing, wonder about writing, and then just never do it. A year or so later, I’d think, if I’d started that a year ago, I’d be done by now. I see writer friends going through similar situations all the time. So my lesson from this fridge magnet is to always do things straight away. Start things right away, keep going when it gets hard, and dig deep to finish. Otherwise, what will you be regretting a year from now?

Number three: Be truthful, gentle and fearless
This is a saying by Ghandi, and it represents a lot of what I want to be as a person and a writer. I always try to tell the truth (nicely if I can), I aim to be gentle with everyone, because as often as not, what you give out is what you get back, and finally I try to do the things that scare me, because they generally turn out to be the best things I’ve ever done (except for swimming with sharks. I’m never doing that). They are three simple goals that don’t take much, but that make a huge difference to my life. I also try to give these three small character traits to at least one person in my books, generally the hero or heroine (or both).

Number four: Life begins at the end of your comfort zone

This one relates to being fearless as well, and as my comfort zone has been getting tighter and tighter around me as I get older, it’s getting easier to get out of it…! Last year I started karate, and despite feeling stupid, uncoordinated and unfit, I’ve managed to keep going, to go up a grade, and to compete in a competition. I’ve discovered that I love it, I’ve achieved more than I expected to, and it’s given me a chance to experience more than I thought it would.

In my life I’ve also parachuted, volunteered at the Olympic games, travelled the world on my own, and written a book (or three). Every single one of those things makes me proud to be me, and grateful every day that I have the opportunity to leave my comfort zone. (but I’m still not going to swim with sharks)

Number five: Take care of each other

This one is really important to me. It’s simple, but surprisingly easy to forget or ignore, especially with the people closest to us. We can sometimes take the people we care about most for granted, and this little fridge magnet is a reminder to me that I need to take care of my family, and to be good and kind to my friends, when they really need me, but also when they don’t.

I don’t always manage to live my life through these five fridge magnet rules, but hey, if they’re there on the fridge to remind me, I might just do them more often. 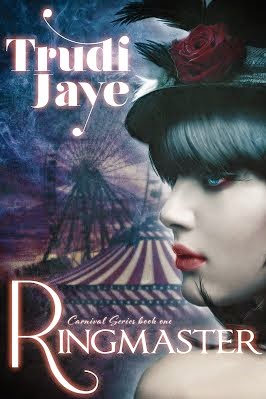 Roll up! Roll up! Join us for the greatest show on Earth!

The magical Jolly Carnival is the only life Rilla Jolly knows—and it’s all falling apart around her. Just as she’s thrust into the role of Ringmaster after her father’s unexpected death, an old family friend turns up to challenge her birthright.

Her rival's sexy son Jack isn’t helping either. Despite being a greenhorn and an outsider, he’s intent on charming everyone, convincing them that Rilla isn’t up to the task. It’s not going to be easy to persuade the Carnival folk she’s still the best choice to lead them all.

But Rilla must also contend with another threat—the ongoing sabotage that has been disturbing their delicate magical balance and threatening to destroy the Carnival. All signs point to an insider, making it impossible to know who to trust.

To save her beloved Carnival, Rilla must do everything in her power to find the saboteur before they attack again—but if she takes her eye off the battle for Ringmaster for even a second, she risks losing the one thing she’s trained for her entire life. 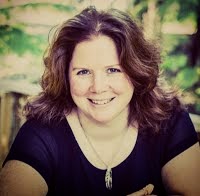 I’ve always loved books, and the stories they bring to life in my head. I’ve always had an overactive imagination as well, and distinctly remember sitting at the base of the big oak tree at school when I was a kid, building houses for the fairies, telling their stories as I went.

Born and raised in New Zealand, I have also lived in the UK, US, and Denmark. I love to meet new people; it’s a fantastic way to gain exposure to new ideas and cultures and, of course, to get story ideas.

For the last ten years I’ve been a magazine writer, and currently I get to write about innovative and cutting-edge research for a tertiary institution in New Zealand. It’s an inspiring job, talking to people about their passion, and I try to tell their stories in the best possible way.

I live in a secluded haven amongst the trees in Auckland with my lovely husband and cheeky three-year-old daughter. I enjoy yoga, although I’m not very bendy, and karate, although I don’t like the idea of hitting anyone. It’s about pushing my boundaries, and both those activities are physical, in a way that my work as a writer isn’t.

I’ve worked as a camp counsellor, a waitress, a checkout girl, a citizenship officer and an editor. But none of those jobs compares to being able to call myself a writer.