The Impact of the 1960s on Belinda Stevens, author of 'Just Out of Reach'

I think any era in which an individual matures has a deep effect on them. The times in which you are developing and learning about the world are memorable and indelibly inked into your psyche. The 1960s were some of the most turbulent and transformative in the history of America.

For me, it began with John F. Kennedy's acceptance speech at the 1960 Democratic convention. My father encouraged me to watch the 1960 convention because me wanted me to take an interest in the political process. At first, I was bored by the endless bombastic speeches and the fat, bald men that gave them. Then I saw John Kennedy walking to the podium to give his acceptance speech as the Democratic nominee for President. He looked more like a movie star than a politician. Suddenly I wasn't bored anymore.

As I listened, I realized I liked the way he spoke. Then I realized I like what he was saying. His ideals inspired me. I felt a pride as a young American and a desire to some how contribute to my community, state, and nation. With J.F.K. in the White House, I believed that all things were possible, if you worked hard enough.

There were others who inspired and motivated during those years - Martin Luther King and Robert Kennedy to name a few. There were books that radically changed my outlook - The Diary Of Anne Frank and a little book called Black Like Me, which told the story of a white journalist who darkened his skin to discover what it was like to be a black man in the South. The music of the 60s fit right in with the changing times and I loved it--everything from Motown to the Beatles. At the beginning of the 60s, all I wanted was to get married and have children. By the end of the 60s, I still wanted those things and more. I wanted to make my mark on the world, to make a contribution, to serve others in some way. 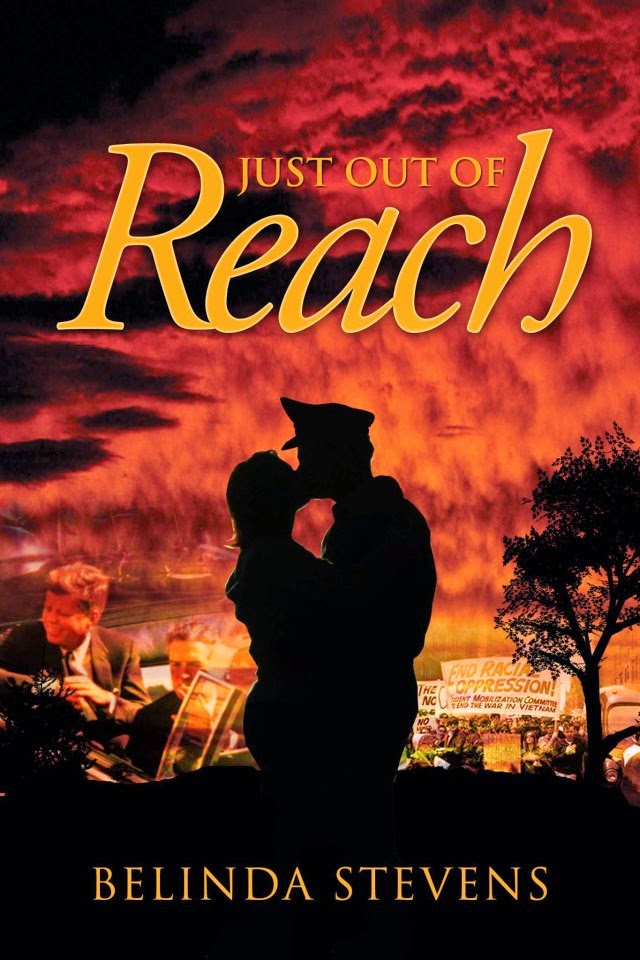 Just Out of Reach
by Belinda Stevens

When high school freshman Katherine Boyd meets David, her life is forever altered. Their romance experiences the turmoil of Mississippi in the sixties, family relationships that keep them apart, and political differences that threaten to destroy them. Through the death of JFK and James Meredith s admission to Ole Miss, Katherine s growth means being progressive in a traditional Southern family, accepting the loss of those closest to her, and learning to cope with her family s darkest secrets. Just Out of Reach is the story of a young woman forged in desperate times and a love that changes her life forever.

We were at Angie's, a local eatery specializing in fried shrimp and lemon ice-box pie. Despite the jukebox, a concession to those under eighteen, Angie’s was more upscale than the Blue Bird Diner or the local drive-in. The restaurant was populated with round tables covered in satin tablecloths. The walls were painted a light-colored mauve, and small decorative lamps were placed on each table. Oil paintings and watercolors by local artists adorned the center wall of the restaurant, an innovation ahead of its time but very popular. After we were seated, I began talking about the President, something I did a lot of in those days. Little Richard was blaring on the jukebox, and I was shouting to be heard over the music.

“With John Kennedy in the White House, anything’s possible,” I screamed.

“Yes, I guess I do,” I answered, dipping my shrimp in the remoulade sauce. “He’s so handsome. It’s nice to have a cute President,” I giggled,” Not like bald-headed Ike!”

“But seriously,” I continued. “President Kennedy makes me believe everyone can make a difference. You know, change things, real peace and people living together without hating each other.”

“Katie, is that realistic?”

“I don’t know, it...” I stopped midsentence. I felt cold; a shudder ran through me. 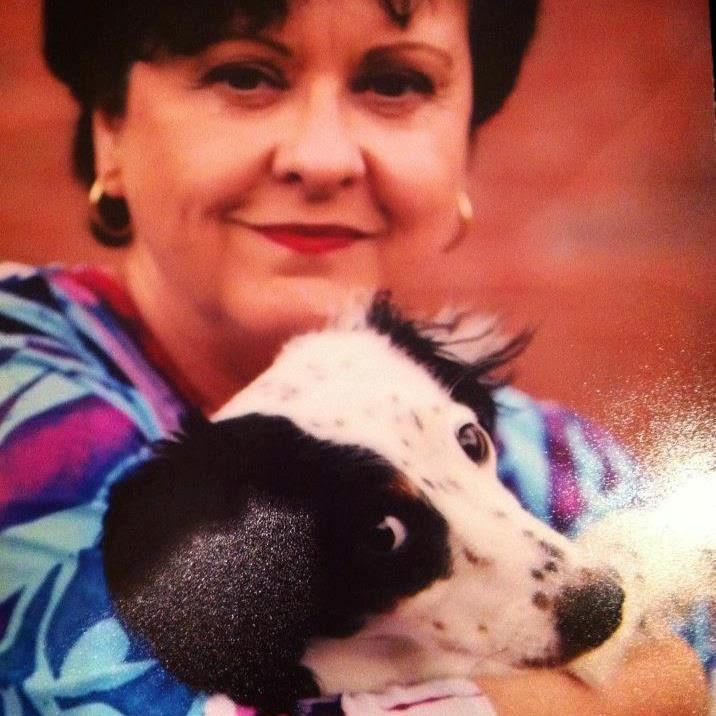 Belinda J. Stevens was born in Yazoo City, Mississippi, the gateway to the Mississippi Delta, in 1948. She grew up in the turbulent sixties, and has a true appreciation for the difficulties experienced Katherine in her first novel, "Just Out of Reach".

An attorney by profession, Belinda tells the story of young love and dark secrets in the turbulent Sixties. Inspired by her own experiences as a Yazoo City High School student, Belinda writes about the impact President Kennedy's assassination, James Meredith's integration of the University of Mississippi and the Vietnam War had on one young Mississippi woman.

Belinda is a graduate of Belhaven University and earned a Masters in Social Science and a Law Degree from Mississippi College. From 1987-1997 she served as Special Assistant to Mississippi Attorney General Mike Moore.

Belinda resides in Brandon, Mississippi with her dog Humprey B., and practices law in Yazoo City where she is a Public Defender

Belinda will be awarding a Print copy of Just Out of Reach to a randomly drawn commenter during the tour (US ONLY). Follow the tour for more chances to win!