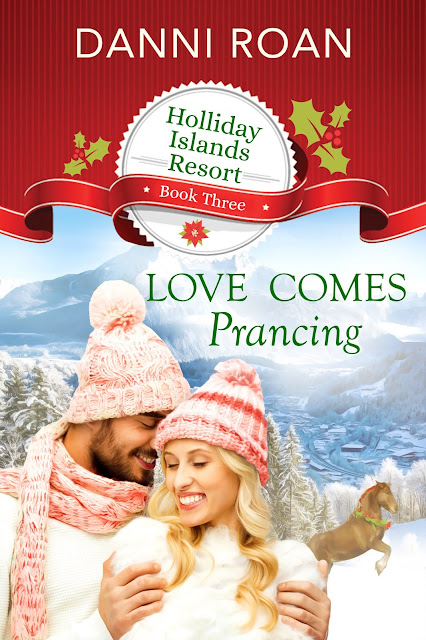 The third son of billionaire Gordon Holiday, Collin (Prancer) has prided himself on excellence his entire life. Organized, efficient, and always in control, his dedication and hard work have led him to the highest award in The World Equestrian Games as a dressage rider, but can he hold the reins of his heart in check when he meets a laid back cowgirl with ideas of her own?

Ashley Bowlings comes from a long line of ranchers from Needful, Texas. She has not only been in the saddle since she was a child, she lives to ride. Believing her horse is a partner she leaves a loose rein and flows with the rhythm of each new ride. When she meets the uptight, upright, and always in control Collin sparks will fly as she shows him what letting go can really achieve.

Can two people from vastly different worlds find common ground or will their differences separate them forever?


HOLLIDAY ISLANDS RESORT SERIES
After growing his Alaskan resort empire into the “honeymooner’s paradise of the world,” Gordon Holliday is ready to retire. But there’s no way he can cruise the globe in his luxury yacht until his sons are groomed and polished into proper executives to take his place. There’s just one catch: He’s convinced their biggest current job requirement is marriage!

To help find the perfect matches for his nine billionaire playboy sons, he secretly enlists the help of a high-end matchmaker, Evelyn Reese of True Love Connection, Inc. (TLC.net). She visits the islands under the auspices of becoming a future investor and begins to work her magic. What ensues is a delightful romp of sizzling new business “partnerships” and dates, laugh-out-loud mayhem, and sweet holiday attractions. You won’t want to miss a single one! 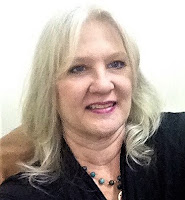 Danni Roan, a Christian author, has always been a storyteller and that unique talent has translated well into the western romance genre. Danni's characters are real, genuine and come alive on the page. To date, Danni has two western romance series, The Cattleman's Daughters and Tales from Biders Clump, as well as several stand-alone novellas in the Strong Hearts: Open Spirits group. Danni has also participated in several multi-author projects including Whispers in Wyoming, a Christian, Contemporary Western Romance series and the much anticipated Alphabet Mail-Order Brides series.

Danni has Bachelors of Missiology and a Masters in Teaching English as a Second Language (ESL). Danni has taught English and ESL, for over fifteen years both overseas and at home in the United States. These skills and her experience with people from all over the world have given a special flavor to her writing which only adds to the authenticity of her characters.

Danni lives with her every-day-hero of more than twenty-seven years in a thirty-six-foot camper that they are using to tour the United States, adding new life to the setting and drama of her books. She is very proud of their son who is studying at the University of Florida. You can follow Danni's adventures on her blog as well as reading about them in her work.

Danni is a member of the Pioneer Hearts Authors and Readers group on facebook and loves working with and interacting with so many talented friends. She has made lasting connections and feels that she is a part of something bigger than herself.

Originally hailing from Pennsylvania Danni feels a connection to the land and loved riding over the verdant hills of western PA on horseback throughout her youth.
Posted by Andi at 10:05 AM