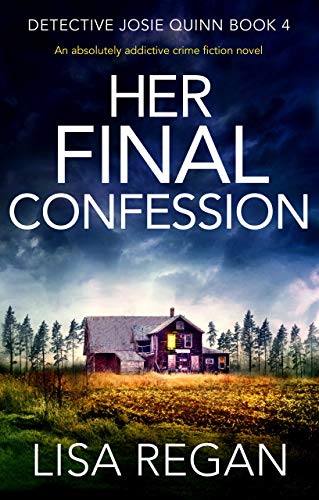 Watching her friend dragged away in handcuffs, Josie couldn't believe for one second that Gretchen had killed that poor boy. Confession or not, someone else was involved. She would find out who…

When the body of a young student is found on the driveway of a local Denton home, a photograph pinned to his collar, Detective Josie Quinn is first on the scene. The house belongs to Gretchen Palmer, a dedicated member of Josie’s team, missing for the last twenty-four hours.

Working around the clock, Josie is stopped in her tracks when Gretchen hands herself in to the police. She knows that there’s no way Gretchen could ever be a killer, so why would she confess to a murder she didn’t commit?

Digging deep into Gretchen’s secretive life, Josie uncovers a link between the boy, the photograph and a devastating case in Gretchen’s past. But just when Josie thinks she has it all figured out, the bodies of a young couple surface on the other side of town. Can Josie get to the truth in time to save her friend from a life in prison or certain death?

**My thoughts**
Right from the start, you are rooting for Josie to exonerate Gretchen. You just cannot believe that this detective, who has been so supportive of Josie, though quiet and secretive about her own past, could actually be guilty of such a heinous murder. Yes, she has disappeared, but you know she is doing it to help the truth come out.

The book alternates between horrific murders of the past as well as the current investigation into the murder of the young boy at Gretchen's house. You know they are all connected somehow, but can't quite put it together.

As usual, Lisa Regan keeps you guessing as the pages fly by. I keep staying up late to devour this series! Another solid 4.5 stars from me.
Posted by Andi at 11:03 AM