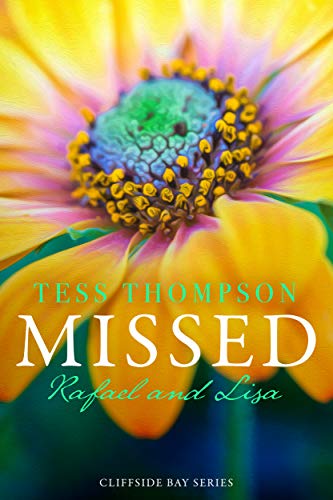 Return to the beloved beach town of Cliffside Bay, where USA Today bestseller Tess Thompson spins another emotional, intriguing tale about overcoming adversity and finding strength in love in this standalone story about Lisa and Rafael.

After years of struggling as a starving actor, Lisa Perry's dreams are finally coming true. Splitting her time between Los Angeles and Cliffside Bay, the young beauty has a successful television miniseries, her first movie role, and quality time with her best friends Maggie and Pepper. Everything is coming up roses until a single tragic moment changes Lisa forever.

Haunted by unshakable memories and near-crippling anxiety, Lisa must face a publicity tour full of crowds and interviews in order to move her budding career forward. And with the help of Rafael Soto, the head of security for Brody and Kara Mullen, she finally begins to relax. Though the pair are as different as night and day, something about her temporary bodyguard soothes the young actress, and soon their relationship turns from professional to passionate.

But what neither anticipates is that despite the obvious threats to a beautiful ingenue, it's actually her protector who stands in harm's way. Will Lisa and Rafael be able to face the danger awaiting him together, or are they destined to accept yet another tragedy they can't stop?
USA Today bestselling author Tess Thompson welcomes you back to Cliffside Bay to explore the rich, heartwarming stories of the characters who brightened the original five novels in the series. Each book in the Cliffside Bay Series is intended to be read and enjoyed as a sweet standalone, but for maximum enjoyment read this binge-worthy series in order.

**My thoughts**
This is the first installment of The Wolves, which is also known sort of as Cliffside Bay, Part 2. This part of the series features other characters who know the Dogs, all of whom were featured in the first half of the series. They are more friends and family who had all had more bit roles, perhaps, in earlier books, or are just being introduced to us now. You can still read this one as a standalone, but definitely will enjoy it more if you have read the first books in the series, to really know all of these characters.

Quick trigger warning: This story does contain a mass shooting. It's not prolonged and not full of a bunch of gory details. But if such scenes bother you, either skip this book or skip the beginning part and enjoy the rest of the beautiful love story. I did okay with this scene in this book.

This story skips ahead about a year. Lisa is one of Maggie's friends from New York, who is looking to start over. Lisa is understandably suffering from PTSD after being involved in a shooting at a concert. She is supposed to be going on a media tour to promote her new movie and is understandably extra nervous to do so. Rafael is Kara and Brody's bodyguard, but is asked to go on the tour with her for some moral support and protection, just in case. It's a little bit more awkward than it would be otherwise, because Lisa had already asked him out and his gut instincts made him turn her down, though he totally hast he hots for her.

He is the perfect person to accompany her because as a veteran soldier, he understands the PTSD. Plus with the undeniable attraction between the two of them, it is guaranteed to cause plenty of sparks.

Adding to the chaos, Lisa's twin brother David is dealing with finding out his wife has been dealing drugs behind his back for extra money. So there's a lot of drama going on in this little world!

Lisa may be becoming famous, but she still hasn't let go of her icky middle school awkward phase that is still prominent in her mind. Rafael's past comes back to haunt him at one point. But the two of them are able to lean on each other and help each other through all of their traumas. And you've gotta love a man who loves his mama.

If you've read the River Valley series, keep an eye out for a crossover. It made me smile.

So it's yet another great story in this series that I have come to love so much. Well worth curling up with in the evenings.