Review of The Power of Love by Kemberlee Shortland

Welcome to the review tour for The Power of Love by Kemberlee Shortland! One just can't get enough of the holiday stories at this time of year. I'm sharing my full thoughts with you today, as well as an excerpt from the story. Plus there's a great giveaway at the end! Be sure to follow the rest of the tour and let the author know what you think along the way! 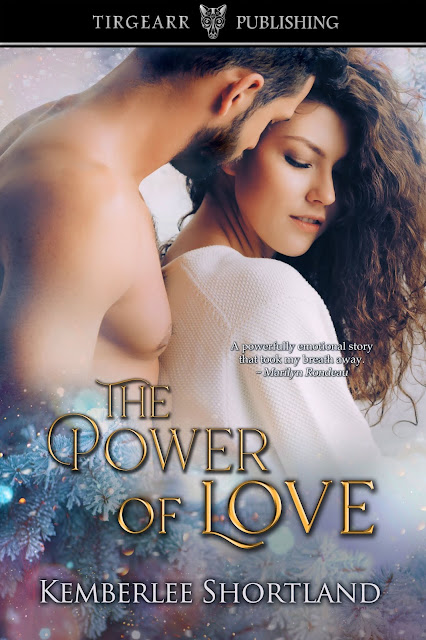 The Power of Love

When Elaine Donovan discovers she's pregnant, she hesitates telling her husband, Ethan. They're newlyweds and plan to wait until they're ready to start a family. Ethan surprises her by accepting early parenthood, embracing the idea more fully than either of them expects.

When they receive bad news after a prenatal exam, both must face that their charmed lives are about to come crashing down around them.

Do Christmas wishes really come true? Elaine is staking her life on it!

In the kitchen, Elaine put on the coffee then turned her gaze out the kitchen window to their back garden. She tried imagining a swing set, sand box, and a Wendy house rather than the clothesline, spotty lawn, and falling down tool shed. She wrapped her arms around her waist, wondering how they were going to give their child the life he or she deserved. If money was tight now, it would only get tighter once their child was born.

A moment later, strong arms encircled her, pulling her against a broad chest. Ethan kissed the curve of her neck and she melted against him.

“You okay?” He turned her to face him. “You’ve been standing there for a while just staring outside.”

His dark hair was damp and hanging over the dark brows and lashes framing his crystal blue eyes. His gaze was both concerned and sexy. She wanted to rip his shirt from his shoulders and . . .

Instead, she just finger-combed the curls back from his face. “Aye. I’m trying to imagine a swing set in the garden instead of the clothesline.”

Ethan chuckled. “Everything is going to be grand. We’ve a perfect life. Nothing’s going to change that.”

**My thoughts**
This may be a short story, but it is a jam-packed emotional roller coaster. I do not know what I would do in their situation. There are so many options, and I feel like the story almost could have been fleshed out more to really dive into the turmoil of trying to decide what to do. But no matter the choice made after weighing all the options, it is going to be emotional and difficult. You may need a tissue with this one. 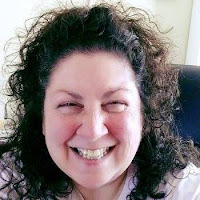 Kemberlee Shortland is a native Northern Californian who grew up in Carmel, a community founded by artists and writers, including John Steinbeck, George Sterling, and Jack London.

Over the years, Kemberlee has worked with several Carmel notables, including Doris Day, Kim Novak, and Joan Fontaine. It was in 1997, she left the employ of Clint Eastwood to live in Ireland for six months. It was during this time she met the man she would marry, and permanently relocated to live in Ireland.

While always writing since a very young age, Kemberlee earned her keep for fifteen years as one of Ireland's foremost travel consultants, and also wrote travel articles about Ireland. In 2005, she saw the publication of her first romance sell, and to date, she has thirteen published titles to her name, including the best-selling Irish Pride Series. Her most recent release is Slaughtered, writing as KA Lugo.

Kemberlee Shortland will be awarding a House of Tirgearryen t-shirt (Worldwide shipping, except in restricted regions as per An Post) to a randomly drawn winner via rafflecopter during the tour.