Ashes and Blood by Katie Zaber

Welcome to the book blast tour for Ashes and Blood by Katie Zaber! Check out an excerpt before you download your own copy and then follow the tour for even more! Leave questions and comments along the way. And best of luck entering the giveaway! 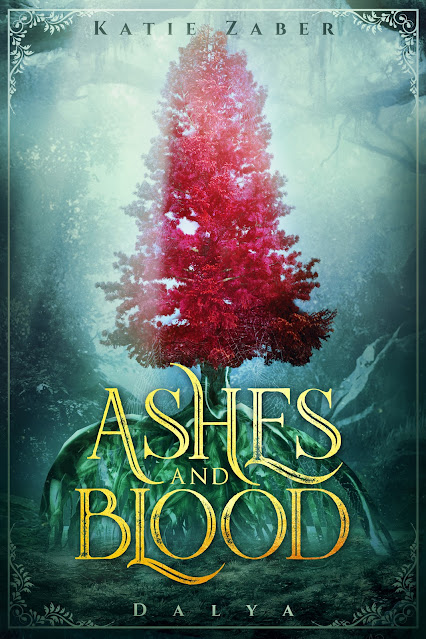 “I’ll start at the beginning. Long ago, before roads, before we built structures, before medicine was discovered, before the government was created, before man gained any knowledge, there were The Five. Independent from each other, The Five had a mutual respect for one another. They knew their roles in the world and their duty. They were gods…”
An adventure begins when an otherworldly tree captures the attention of Megan and her friends. The environment morphs around them, transferring them to an exotic planet. Stuck in a rural town still maimed by the plague, a chance encounter with a familiar face gives Megan and her friends some security during their adjustment period.

While settling into new, promising lives, they are attacked and stalked by planet Dalya’s humanoid inhabitants, who focus on Megan. One dark night, after an epic, magical attack, the Fae King’s knight is sent to fetch Megan. When she wakes up a prisoner, she learns that there is much more to this strange world, and it is oddly more like her own than she ever would have expected.
Read an excerpt:

Every time my life improves, when business runs smoothly and this world begins to feel normal, there’s a curveball. Always, without fail, either Earth-shattering news or Dalya-shattering news, depending on which planet you come from. Don’t get me wrong; I’m glad to see Megan and her friends alive, but they should be living their lives happily on Earth, not here.

I honestly thought Megan was a hallucination created by too much alcohol. Standing there in the forge, surrounded by people from both worlds, it made me panic. I was positive I’d lost it, that I either drank myself mad or that I’d gone crazy. Two distant worlds collided together, people from my past and present, from two separate places, standing in the same room. It made me freak out to a completely new level. It took a few moments to realize Megan and her friends actually stood in front of me. What happened to me eight years ago happened to them too.

Good, I’m not insane—not yet—but it sucks for Megan and the girls. 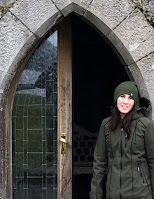 Katie Zaber writes new adult fiction. With multiple projects spanning from being transported to an alternate universe, to past lives, reincarnation, and trapped souls, to prophesied pregnancies—there are more stories to tell. She lives in North New Jersey with her boyfriend.

Website: https://zaberbooks.com/
Katie Zaber is giving away a $25 Amazon/BN gift card! Follow the tour for more chances to win!
a Rafflecopter giveaway
Posted by Andi at 3:30 AM