Once Upon a Princess Trio by Deborah A. Bailey

Please give a warm welcome to Deborah A. Bailey back to the blog as we feature her Once Upon a Princess Trio. You can read an excerpt from the collection as well as Deborah's "Top 10 Things I Like About Fairy Tales." Be sure to check out the rest of the tour for even more. Best of luck entering the giveaway! 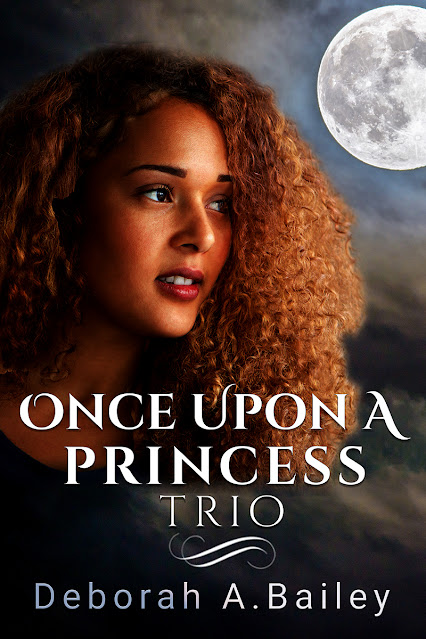 For all the innate complications involved in finding the secret to blissful fairy-tale love with shape-shifters, three wise and discerning princesses trust their hearts instead of their eyes and fall in love with the unlikeliest of princes.

"Heart of Stone:" Leesa trespasses into a haunted palace, where she meets a gargoyle. Breaking the spell that cursed him may carry a price steeper than she's able…or willing…to pay.

"Beauty & the Faun:" Kayla flees an arranged marriage and falls for a faun shifter instead. But how can she ignore her duty by refusing to marry a prince?

"Land of Dreams:" Cicely knows she possesses magical ability. Falling in love with the courageous, self-sacrificing Willem may be the key to her awakening…or may unleash forces that will separate them forever. (Sequel to Heart of Stone)

Box set includes books 1-3 of the Once Upon A Princess paranormal fairy-tale inspired romance novellas.
Read an excerpt:

Leesa headed up the stairs and stopped at the 2nd floor landing. Eduardo and Erokan's rooms had been on this floor. Dust was everywhere, but otherwise the furnishings were just as they'd been left. Varmont's bedroom, private study and library were on the 3rd floor. Most likely he would've hidden some of his valuables there. She went upstairs to check. The doors to the Duke's room, study and library were open. But the fourth door was closed. The treasure room, perhaps?

She opened the door and stepped inside. Strangely, this room wasn't as dusty as the others. The air was heavy with perfume. Across from the door was a folding screen decorated with blue and yellow flowers. Behind it she could make out the base of a claw-foot tub.

To her surprise, the entire room had a feminine feeling, from the huge bed covered with blush pink coverlets and plush furs to the gold-trimmed white furniture. Even the jewel-encrusted skylight above her had its own beauty, reflecting colorful sprinkles of light over the pale stone walls.

A white cabinet with glass doors caught her attention. The shelves held glass bottles of different shapes and sizes. Some had liquids inside, others were empty. What were these? Perfumes? Or maybe potions.

The Duke used magic. Maybe this was where he'd kept his enchantments. Would they be worth anything? Possibly. But just as Leesa reached out to open the cabinet, the door slammed behind her.

Startled, she spun around. She was alone. Who had closed it? Leesa ran to the door and gripped the handle, expecting the door to open as easily as it had when she'd come in. But it didn't. She pulled and banged on it, but it wouldn't budge.

She was locked in.

Buy on Amazon
(affiliate link)
Top 10 Things I Like About Fairy Tales
1. There are lessons to be learned – Fairy tales can warn us about the perils of being self-centered or cruel to others. Or they can be stories showing us how good can triumph and bad things can be overcome. They teach lessons about getting along in the world.

2. They have magic – That's one of the best parts! There's usually an enchantment, a curse, or some sort of spell at the center of the story. This adds an element of uncertainty and imagination – what will happen when the normal, everyday rules no longer apply?

3. Royalty – Not to say that every fairy tale has a royal family, but they are part of many of the favorite ones. And of course, that means that a Prince (or Princess) Charming will enter into the events at some point.

4. Imperfect characters – In fairy tales it's okay if the characters make mistakes or aren’t perfect people when they start out. Maybe Sleeping Beauty's parents should've invited all the fairies to the castle after their daughter's birth. And maybe Jack could've behaved a bit better after climbing the beanstalk. But without those conflicts there would be no story.

5. They're for children and adults – Fairy tales are popular books to read to children, but adults love them too – which is why retellings are so popular. They are timeless stories that you can read at any age and still enjoy the experience.

6. They describe journeys – Often the main character is invited to take some sort of journey – whether it's into the forest or to a world much different than their own. Journeys are key for characters to learn and grow, which is essential for the character arc.

7. Transformation – Usually characters will have a transformation of some kind. Like when the beast becomes a man, or the heroine transforms from mermaid to human - they move from one form to another. And in their new form they may have a chance for the life they've always desired.

8. They can have different meanings for different people – When I was researching fairy tales for my novellas, I was surprised to learn the origins of Beauty and the Beast. One version was written in France in the 1700's and was said to reflect the anxieties of young women who might not know what to expect in marriage. Would their betrothed be a beast or a charming hero? These stories can be interpreted in many ways depending on the reader.

9. They're popular all over the world – Another good thing about writing a fairy tale retelling is that the basis of the story is known to most people. No matter the culture or the country, there probably is a similar story that the reader knows. You don’t have to do a lot of explaining because the characters are like old friends (even the not-so-nice characters) and readers enjoy meeting them again and again.

10. The HEA – True, not all fairy tales end with a "happy ever after," but it's nice when it happens. For me that is the best part – knowing that whatever the characters have endured, they will have their deepest desires come true. In the Once Upon A Princess novellas, the characters find true love and can finally be happy.

That's why fairy tales are tales worth telling. We can be certain that things will work out in the end and we can share in the happy ever after. 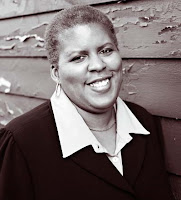 Deborah A Bailey's Science Fiction & Paranormal Romance novels include suspense, a bit of mystery and a lot of romantic heat. Her books include the Hathor Legacy science fiction romance series and the Family Pride and Once Upon A Princess shapeshifter paranormal romance series.

Her short stories have won awards from the Philadelphia Writers' Conference and have been published in US1 Magazine and the Sun and are included in, Electric Dreams: Seven Futuristic Tales. She's the author of non-fiction books, and articles for various online publications.

Visit her site https://dbaileycoach.com/brightbooks for more information and subscribe to the newsletter here: https://eepurl.com/bokGdX so you'll be the first to find out about giveaways, book launches and sneak peeks.

Bookbub: https://www.bookbub.com/authors/deborah-a-bailey
Personal Sales page: https://payhip.com/brightbooks
Deborah A. Bailey will be awarding a $40 Amazon or Barnes and Noble GC to a randomly drawn winner via rafflecopter during the tour.
a Rafflecopter giveaway
Posted by Andi at 3:30 AM
Labels: book excerpt, book promo, fairytale, giveaway, Goddess Fish, guest post