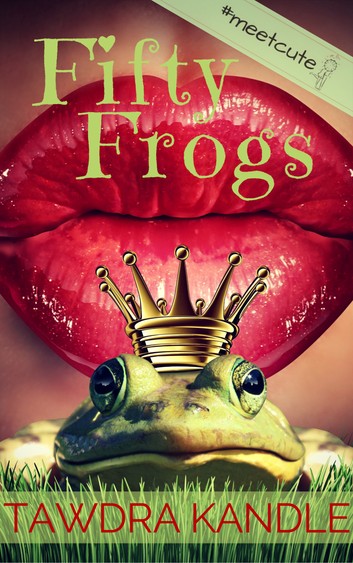 Vivian is sick of dating. Sick of the way guys treat her, sick of living and crying by when and if they call . . . she’s just done. When her aunt reminds her that a girl has to kiss a lot of frogs before she finds her prince--Aunt Gail says that number is fifty--Vivian decides she’s taking control of her dating life: she’s going to go on a series of first dates only, and each one must end in a kiss. She begins chronicling each date--the good, the bad and the downright unbelievable--with a plan to turn the stories into an in-depth magazine series about the realities of dating in the twenty-first century. Everything’s going along according to plan until Vivian hits a bump in her road with Frog Number Five, who doesn’t seem to understand his role in this deal. And despite Vivian’s determination to make it all the way to the big five-oh, when fate keeps throwing this same man across her path, she begins to wonder if maybe it’s time to ditch the plan . . . and kiss just one more frog.

After finally reading The Cuffing Season, I had to go back and reread Fifty Frogs, the book that inspired that one. (I will say that each of these does work as a standalone, but you'll enjoy reading them together.) And I loved it as much the second time around as I did the first.

Vivian has just come home from an amazing three-month writer-in-residency program where she blogged about how Millenials are doing travel differently. (And can I just say that I would like to sign up for one of these, please?) She comes home ready to pick her life up where she had left it, only to discover that it is all gone - her apartment, her parents and sister, her job, and her boyfriend. The boyfriend is probably the least unsettling, because she knew they just were not right for each other. But that comfort thing, ya know?

Cue an entire life makeover. She moves in with her mom's best friend, affectionately known as Aunt Gail, and comes up with a column idea that she think will gain her some attention. Aunt Gail tells her that you have to kiss 50 frogs before you find your prince. So she decides to try out this theory and write about it all.

She meets some of the craziest men and gets herself into some very interesting situations. According to the author, these are all somewhat based on her own daughters' stories. And let me tell you, I related to every single one of them. In fact, I think I need to write my own Fifty Frogs column.

And of course, there is a great Meet Cute scene involving a very fine specimen of a seemingly normal man named Charlie. In fact, this book is part of a multi-author series called Meet Cute. I would like to have one of him, please!

There are plenty of moments to make you smile, as well as to make you cringe in solidarity. It's a fun romantic comedy escape for an afternoon.