Review of If She Dies by Erik Therme

Welcome to the book tour for If She Dies by Erik Therme. This was an intense psychological thriller, and I'm sharing my thoughts below. There's also an excerpt to enjoy. Be sure to follow the tour for even more. Let the author know your thoughts and ask questions along the way. Best of luck entering the giveaway! 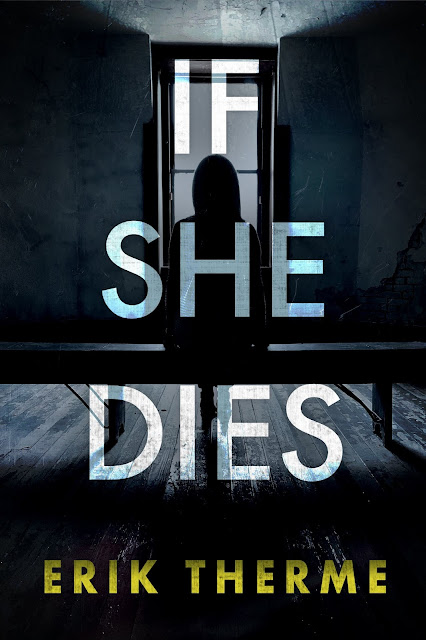 Nine months ago, Tess’s five-year-old daughter was killed in a car accident. The driver, Brady Becker, was sentenced to two years in prison. It didn't make Tess’s pain go away.

Brady also has a daughter: A twelve-year-old named Eve who walks to Chandler Middle School every day. Tess knows this because she's been watching Eve for the last three weeks. It isn’t fair that Brady’s daughter gets to live, while Tess’s daughter does not.

When Eve goes missing, all eyes turn to Tess, who doesn’t have an alibi. But Tess isn’t guilty.

Or so she believes.
Read an excerpt:

I slouch further into the driver’s seat as Eve exits her apartment complex across the street. Today, she’s wearing jean shorts, sandals, and a blue tank top; blonde hair pulled into a crooked ponytail, her electric-pink backpack secured firmly over both shoulders. Eve turned twelve a few weeks ago, and since that day, she walks the six blocks to and from Chandler Middle School alone. She’s a few minutes later today than yesterday, but last Friday she was so early I almost missed her leaving. That won’t happen again.

Eve stops just outside the complex doors and tilts her head upward. Her mother, Meg, is raining down an angry stream of words from the screen-less window one story above. I can’t make out what’s being said, but I do manage to catch a single word riding the mild May breeze: ungrateful. There was clearly an argument this morning, maybe about laundry that wasn’t folded, or unfinished homework, or a dishwasher that wasn’t unloaded, or one of a thousand other things a mother raising a twelve-year-old daughter alone can stress over.

But Eve is a trooper.

She patiently listens to every word with her head raised, not talking back, not crossing her arms, not reflecting her mother’s anger. I think to myself: what if today’s the day? What if something unthinkable happens to Eve this very morning and she’s never seen again? What would Meg do with that guilt? How would she live with herself, knowing her final words to her daughter were angry and bitter over something trivial and inconsequential?

BUY LINKS
Amazon—US * Amazon—UK * Audible—US * Audible—UK
(affiliate link included)
**My thoughts**
It was not my intention to read this book all at once. I had things I needed to do, and figured I would do it in parts. But once I started, I couldn't put it down.
Tess's grief is unimaginable. The loss of one's own child is probably the worst pain you could ever feel. And if you haven't been through it, you just won't understand. The closest I came was when my cousin's two-year-old son died in an accident. And even then, I still cannot totally comprehend what they went through. But I could feel a lot of it. And you feel it in Tess's narration.
She has lost a lot of her sense of reality. She's grappling with the questions of why and fairness. She wants to further hurt the man who killed her daughter, wondering if he would be upset if his daughter, Eve, were killed. But at the same time, she is highly protective of Eve. In fact, she stalks her, keeping an eye on her. I understand some of her thought process, but it isn't okay.
She constantly lies to her husband. She's constantly checking up on him. I will say that I have to wonder why she is always checking on his GPS with his phone, but he doesn't seem to do the same to her. I think some of her behavior could have been stopped if he would have checked in with her more, but he seems to be more trusting.
They're at odds about how to move on from the pain of nine months prior. Everyone handles grief differently, and the two extremes are captured quite well in this couple's dynamics. I feel like the author must have some kind of experience with tremendous loss, either of his own or someone with whom he is very close.
Sometimes it's hard to feel sorry for Tess, because you know that she needs help, but keeps avoiding it. And yet you do feel sorry for her, because she is really as low as you can possibly go. Then it seems like someone is targeting her and her daughter, as she is being taunted in various ways. But her paranoia also plays into a lot of that, making mountains out of molehills at times. I would say that as the reader, I went through almost as many confused emotions as Tess did.
But there is definitely a threat. And there are more problems going on within the family, all of which is slowly revealed over the course of the book. At times I felt a little frustrated that it would take so long to reveal some points (like what actually happened in the death of their daughter). But again, I couldn't put the book down until I was done.
The emotions being displayed make it an intense read. I think some of the situations revealed are quite real and probably happen more than we realize. I'm now intrigued by this author and may have to check out some of his other books in the future, because I do love a good psychological thriller.
Thank you to the author and Goddess Fish for providing me with a requested review copy. All thoughts and opinions are my own. 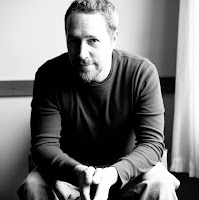 Erik Therme has thrashed in garage bands, inadvertently harbored runaways, and met Darth Vader. When he’s not at his computer, he can be found cheering on his youngest daughter’s volleyball team, or watching horror movies with his oldest. He currently resides in Iowa City, Iowa—one of only twenty-eight places in the world that UNESCO has certified as a City of Literature.

Erik Therme will be awarding a $25 Amazon or Barnes and Noble GC to a randomly drawn winner via rafflecopter during the tour.
a Rafflecopter giveaway
Posted by Andi at 3:30 AM
Labels: book excerpt, book promo, book review, giveaway, Goddess Fish, psychological thriller