You have an opportunity to help Critical Hit (A Gaming Mystery) by W.M. Akers get off the ground by participating in its Kickstarter program! More info below. And then check out the rest of the tour and the giveaway! 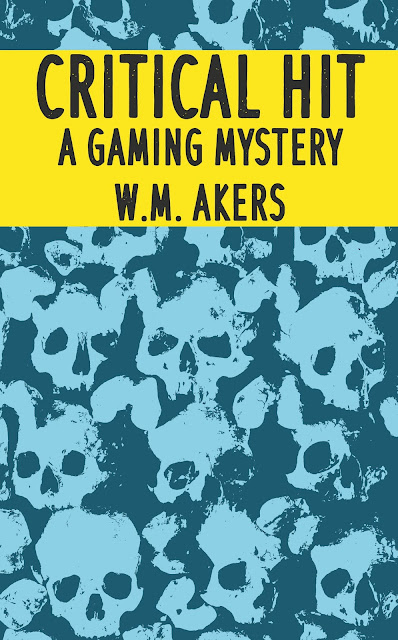 How do you win a game that’s trying to kill you?

A twenty-nine year-old clerk at a games store in the Appalachian hamlet of Jett Creek, Tennessee, Callie Myles lives for the weekly RPG sessions run by her beloved brother and gamesmaster, LB. Under his watchful eye, she and her friends wage war, harness magic, and battle evil. When the dice are rolling, they are heroes, and all of Callie’s anxieties slip away. The fun stops the night LB burns to death in a bizarre fire.

Asked by her friends to keep the weekly game alive, Callie does her best to set her grief aside. She puts on the monocle LB wore during sessions and finds herself sucked into a life-sized recreation of her brother’s game. Inhabiting the body of her beloved character, the legendary Arabeth, she thinks she has found the ultimate escape. Her paradise is spoiled when she discovers that something inside the game killed LB—and one of her fellow players was in on it.

To save herself, to avenge her brother, Callie Myles must pull on her armor and beat LB’s game from the inside out. If she gets killed along the way, well, at least she’s having a great time.

A fast-paced hybrid of mystery and adventure, CRITICAL HIT captures the breakneck joy of tabletop gaming, where life and death depend on the whims of a plastic die. It will be on Kickstarter from May 25 to June 25, and available on DriveThruFiction and Amazon after that.
Read an excerpt:

A Depression-era mechanic’s shop, LB’s studio was at the back of a sloping lot covered with garbage and twisted iron. It was just two rooms: an old forge on the first floor and a rat’s nest of papers and art supplies on the second. It was where he went, he said, when he needed to make art that was too personal to make at the college, or when he just wanted the world to leave him be.

All of it was on fire.

It was hard to see where the building had been. It was curling in on itself, like a paper bag in a campfire. The fire truck was halfway up the hill, spraying water on the house next door. The studio, they’d quit trying to save.

Doc’s car sat at the bottom of the hill, front doors open, engine running. I saw her, gray ponytail silhouetted by the flame, manning one of the jets. With what little strength I had left, I ran up the driveway. Matty leapt out of the truck’s cab, fireman’s coat still unbuttoned, and grabbed me by the shoulder.

Matty rested his hand on my shoulder, and I tried to keep still. I wanted to push him, to charge inside, to look for LB, but that would have been against the rules.

We were watching together when my brother’s massive body exploded out of the window, wrapped in a cloak of flame.

I didn’t flinch. I didn’t run to him. Even from behind the barricade, it was obvious he was dead.

Check out the Kickstarter! 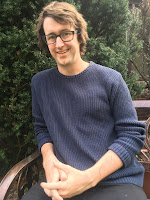 W.M. Akers is a novelist, playwright, and game designer. He is the author of the mystery novels Westside and Westside Lights; the creator of the bestselling games Deadball: Baseball With Dice and Comrades: A Revolutionary RPG; and the curator of the history newsletter Strange Times. Born in Nashville, he spent a lucky thirteen years in New York before moving to Philadelphia in 2019. Learn more about his work at wmakers.net.

FB: http://facebook.com/ouijum
W.M. Akers will be awarding a $50 Amazon or B/N GC to a randomly drawn winner via rafflecopter during the tour.
a Rafflecopter giveaway
Posted by Andi at 3:30 AM
Labels: book excerpt, book promo, giveaway, Goddess Fish, mystery, thriller