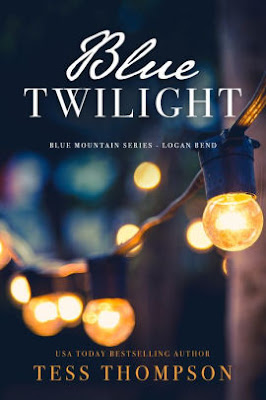 Death came between them in high school. Will solving a painful cold case bring them together at last?

Carlie Webster remains haunted by the past. After a messy failed marriage sends her packing for her small hometown, she relives the memories of her sister’s thirty-year-old unsolved murder. But when rekindled sparks fly with the suspected killer’s brother, Carlie must clear his sibling’s name if she wants a shot at second-chance love.

Cole Paisley has never shaken his family’s dark reputation. Finally returning after merciless rumors forced them out three decades ago, the recent divorcé is stunned to discover the girl who stole his heart is also back home and available. And when she finds a secret diary in the walls of her childhood house, he’s determined to help her catch the killer and prove his brother’s innocence.

Desperate for closure in her sister’s tragic story, the amateur sleuth feels growing comfort in the man she always believed was her destiny. And when the journal reveals a shocking detail, Cole and Carlie must uncover the town’s shameful secret to finally understand what really happened.

Will Carlie and Cole finally get to the truth and find the happiness they deserve?

Blue Twilight is the fifth book in the page-turning Blue Mountain: Logan Bend contemporary romance series. If you like relatable characters, small-town drama, and a juicy mystery, then you’ll adore Tess Thompson’s exciting tale.
Book Links
Goodreads * Amazon * BN
(affiliate link included)
**My thoughts**
Blue Twilight is the fifth story in the series, but is completely a standalone as it introduces a new cast of characters to the area. This coming group of stories take place in a nearby town called Logan Bend, at the base of Logan Mountain. But you’ll have some visits from some recognizable faces in this one.

Blue Twilight reminds me of why I fell in love with this series at the start and why it is my favorite. We start off with the prologue from when the characters are all teenagers. (And you can read this whole prologue for free in a separate download.)

Carlie and Cole are just starting to discover their young teenage love for each other when an unthinkable tragedy pulls them apart.

Move forward 30 years and Cole has moved back to Logan Bend. Carlie is back to help her mom clean out the house so it can be sold. The two have not seen each other in those 30 years until they run into each other at the store. Their meeting brings up all kinds of feelings – the pain of what happened 30 years ago, further self-examination following failed marriages, and most importantly, a realization that they never stopped loving each other. There is so much introspection and emotion, which for me is the magic within this series.

They do become embroiled in the mystery around the tragedy, especially as new evidence has come to light. The truth is proving to be quite dangerous, but especially Carlie is determined to solve it. I did feel that the big reveal where all of our questions are finally answered was a little clunky. But the overall story was quite enjoyable and fulfilled me emotionally. I am looking forward to more in Logan Bend.
Posted by Andi at 2:00 PM
Labels: book review, contemporary romance, mystery, second chances