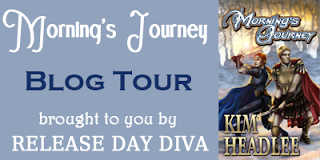 Meet Kim Headlee, author of The Dragon's Cove Chronicles. Please feel free to leave her some of your own comments and questions below!

What was the inspiration behind The Dragon's Cove Chronicles?


I have been interested in the Arthurian Legends since I was 8 years old, when my parents took me to see "Camelot" in the movie theaters (1967; yes, I'm dating myself but I don't care :). At age 9, I read a modern-English translation of Sir Thomas Malory's Le Morte d'Arthur cover-to-cover, and wrote my first adaptation shortly thereafter. As I performed more research over the years I became increasingly drawn to Guinevere's side of the story, so I've rather made it my mission to invent a version of her legend that doesn't give her a bum rap--as her male chroniclers, and a good many of her female chroniclers, have done down the centuries.

As far as the name of the series goes, early on in the development of DAWNFLIGHT I hit upon the idea of tribal tattoos representing the different Pictish clans, and I chose the mourning dove for Gyan's clan because it's the fastest of all birds in level flight. And Arthur is, of course, the dragon.

Morning's Journey is the second book in the series. How many more do you anticipate? When can we expect the next installment?


I am planning at least eight installments in the cycle. RAGING SEA is the sequel to MORNING'S JOURNEY and will be followed by ZENITH GLORY, EVENING SONG, and SUNDOWN OF A DREAM. Then I will go back in time to tell the story of Gyan and Arthur's parents in NIGHT'S DESTINY, and wrap up with BURNING JEWEL, which will describe Arthur's adolescence, rise to power, and his battle against Gyan's people which leads to the treaty & other events described in Volume 1, DAWNFLIGHT.

While it's rather unusual for an author to write =two= prequels to an existing volume, I decided upon this approach for two reasons: 1) Almost everyone dies in SUNDOWN OF A DREAM (c'mon, it's the Arthurian Legends--you =know= everyone's gotta die by the end!), and 2) This approach illustrates the cyclical nature of the epic literature.

Can you tell us anything about what's yet to come, without giving spoilers for this book?


RAGING SEA will concentrate on the story of Angusel (Lancelot) as he struggles to regain his name, honor, and position in society because of the events that transpired in MORNING'S JOURNEY.

Now that MORNING'S JOURNEY is available for sale, I have another writing project to wrap up & get into retail channels before returning full attention to RAGING SEA. I'm about 80 pages into the manuscript and hope to get RAGING SEA into readers' hands sometime in the next 6 months.

Which character speaks to you the most?


I have always felt a strong association with Gyan, and I'm sure this “bond” will remain even though she will take on lesser roles in subsequent books.

What is one of your favorite things about this series?


Last year, when I began to take a hard look at the MORNING'S JOURNEY manuscript in preparation for publication, I realized that one of the things I needed to fix was the pluralization of terminology that I had invented, based on Scottish Gaelic words. Adding an "s" to form plurals is an Anglo-Saxon construct, not a Scottish Gaelic one! This research inspired me to expand my terminology into entire sets of specific language the characters use to refer to themselves and to each other, endearments, insults, and even mythology.

I like to think Professor J.R.R. Tolkien would have been proud of me.


I write because my characters' stories are embedded in my head and stay there until the words are committed to the page! And then some. :)

You have lived in Seattle, Washington, D.C., and now rural Virginia. Which has been your favorite? Would you ever want to move back to one of these places?


Seattle, hands down. I love the juxtaposition of ocean and mountains! It's absolutely gorgeous. And yes, I would move back. In half a heartbeat.

Your grandmother was a childhood friend of the Russian Grand Duchess Anastasia. What kinds of stories did she share with you?


Nothing, due to a longtime family rift. All I know is what my Dad has been able to tell me over the years, which is precious little, unfortunately. That his mom and Anastasia were friends is all I can say about the relationship with any degree of certainty.


I have "channeled" Mark Twain to write a sequel to one of his novels; this is the other project I mentioned earlier. In addition, I have written three screenplays: an adaptation of his work, an adaptation of my sequel to his work, and a completely original screenplay to complete the trilogy. That's all I'm willing to say about the project until the novel is much closer to publication, but a savvy reader who is familiar with Twain's corpus can probably guess which of his novels I've selected. ;-)


In the coming months I also plan to release historical romance novels written under the pseudonym "Kimberly Iverson," including LIBERTY (originally published by HQN Books, 2006, featuring a female gladiator), and an as-yet unpublished novel titled SNOW IN JULY (post-Norman Conquest). There are a lot more stories brewing under the Kimberly Iverson brand, but these two will be the first out of the hopper.


And thank you, Andrea, for this opportunity!

The greatest threat to Arthur & Gyan and their world is the enemy within.

In a violent age when enemies besiege Brydein and alliances shift as swiftly as the wind, stand two remarkable leaders: the Caledonian warrior-queen Gyanhumara and her consort, Arthur the Pendragon. Their fiery love is tempered only by their conviction to forge unity between their disparate peoples. Arthur and Gyan must create an impenetrable front to protect Brydein and Caledonia from land-lusting Saxons and the marauding Angli raiders who may be massing forces in the east, near Arthur’s sister and those he has sworn to protect.

But their biggest threat is an enemy within: Urien, Arthur’s rival and the man Gyan was treaty-bound to marry until she broke that promise for Arthur’s love. When Urien becomes chieftain of his clan, his increase in wealth and power is matched only by the magnitude of his hatred of Arthur and Gyan—and his threat to their infant son.

Morning’s Journey propels the reader from the heights of triumph to the depths of despair, through the struggles of some of the most fascinating characters in all of Arthurian literature. Those struggles are exacerbated by the characters’ own flawed choices. Gyan and Arthur must learn that while extending forgiveness to others may be difficult, forgiveness of self is the most excruciating—yet ultimately the most healing—step of the entire journey.

Available for purchase via:

Kim Headlee lives on a farm in southwestern Virginia with her family, cats, goats, and assorted wildlife. People & creatures come and go, but the cave and the 250-year-old house ruins -- the latter having been occupied as recently as the mid-20th century -- seem to be sticking around for a while yet.

Kim is a Seattle native (when she used to live in the Metro DC area, she loved telling people she was from "the other Washington") and a direct descendent of 20th century Russian nobility. Her grandmother was a childhood friend of the doomed Grand Duchess Anastasia, and the romantic yet tragic story of how Lydia escaped Communist Russia with the aid of her American husband will most certainly one day fuel one of Kim's novels. Another novel in the queue will involve her husband's ancestor, the 7th-century proto-Viking king of the Swedish colony in Russia.

For the time being, however, Kim has plenty of work to do in creating her projected 8-book Arthurian series, The Dragon's Dove Chronicles. She also writes other romantic historical fiction under the pseudonym "Kimberly Iverson."