Lorelei Peters had everything she had ever dreamed of. Amazing friends, a sexy boyfriend, and a job that she absolutely loved. Dillon Brockwell was all she had ever wanted. Handsome, successful, and he loved her as much as she loved him. Life was going along the way it was supposed to, until someone from Dillon’s past shows up and shatters everything to pieces. Can Lorelei and Dillon get through all the craziness and make it down the aisle? Or will lies of omission be enough to derail them forever.

I have been looking forward to reading this book, ever since I saw the cover reveal. Jessica Gibson is best known for her paranormal novels, in the Boston Witches and Blood Ties series, but I think I like this new romance series the best!

Lorelei and Dillon are a successful couple in their 30s, who want nothing more than to make their relationship official by finally getting married. Everything seems to be going their way, until Dillon's ex decides to show up to try to claim him as her own again. She is hiding all kinds of secrets that threaten to destroy what Lor and Dillon have.

My heart goes out to Lorelei, who just wants to be able to trust Dillon and to be happy. I think she is much more forgiving than I could have been in her situation, or at least able to forgive faster than I would have been able. My hand was virtually smacking Dillon for keeping so many of his own secrets. He is a very lucky man! And somewhat of an idiot for taking chances with his perfect woman. Yes, I could eventually forgive him. What happens isn't completely his fault.

Estella, the ex, is pretty much crazy. I think many people can relate to having that person in the past who just won't let go. She was a bit more believable than most stalker exes I have recently read. Some people like the full-blown crazy for extra dramatic effect. I think this whole book seemed like it could really happen. At the same time, I did feel like her part abruptly ended.

Other than the lies of omission (which are a big deal), Dillon and Lorelei seem to have a healthy relationship. I don't think he realized how much his past could hurt Lorelei, because he really thought it was in his past. They are a smouldering couple, but Jessica doesn't go into a lot of graphic detail, which is nice for a change. I don't always need a play-by-play!

Sometimes I had a hard time wrapping my head around the passage of time. What felt like it should have been a couple of days would be a couple of weeks. When it seemed like months should have passed, it was really only a few weeks.

My favorite parts of the book that all involve the wedding planning. I had such a warm and fuzzy feeling when reading those scenes, even though I am not really a fan of weddings. I also enjoyed meeting Dillon and Lorelei's siblings. It looks like we will be seeing all of them again as this series continues. I look forward to reading more! 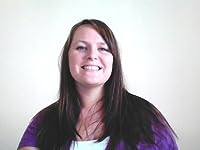 Jessica Gibson is a recovering bookaholic, she's down from four books a week to a more reasonable one. It was that love of words and creativity that made her dream about writing her first book. That dream was hidden for years, always put on the back burner, filed away in the "someday" section, until her husband Matt gave her the kick in the pants she needed to actually get off her butt and write.

Jessica and Matt live in Southern California and have a serious addiction to reality tv shows like Pawn Stars and American Restoration. They have one son and hope to add to the family in the near future.

Follow the Book Tour
Posted by Andi at 1:00 AM