Be sure to follow the tour for even more! 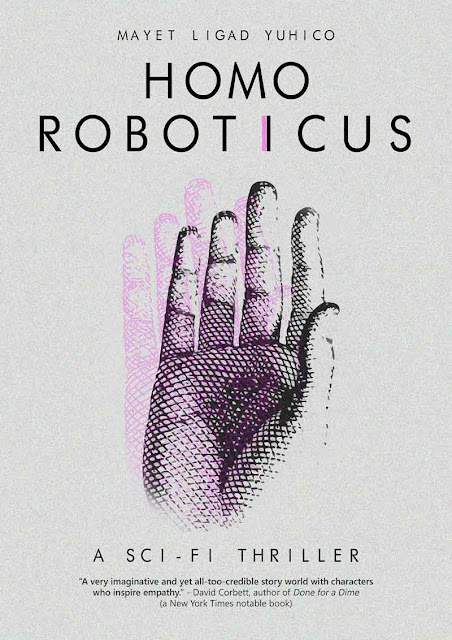 US Colony Agent Brice O' Rourke is traumatised as a child when half the world disappears as waters rose because of climate change and when North Korea unleashed sentient human like droid soldiers to conquer lands for their hungry people.

When the US Congress passed laws allowing the Homo Roboticus Sollus and Aequilavum programs, Brice gains Ira, a sister, and meets a fellow droid agent Lee Jae Sung who saves her life during a mission.

As a new President wins on an anti-robotist, authoritarian stance vowing a pre-machine existence, will Brice defy her own government and risk her life to save loved ones from extinction?

Brice entered the glass portal. Whoosh! She closed her eyes as a machine sucked her thin suit and headgear from her body. And then the safety lights flashed, and she entered the safe house.

Its coolness was a welcome respite from the heat outside. Naked, she sat on a pod-shaped chair, closed her eyes, and waited for the rest of the ritual. A squadron of tiny cleaning machines whirred around her, thin brushes entering the crevices of her face and body, scrubbing them clean of toxic ash. When they flew away, spray jets descended from the ceiling and water cascaded down, washing away any debris. When the safety lights flashed again, she stood and stepped forward into drying gusts of air. With the flash of a single green light, she was cleared to leave the portal.

Her dark blue suit was hanging inside a cabinet by the door. As she dressed, she tried not to think how much she loathed this stiff, ugly, utilitarian garment. Instead, she turned her focus to the notes she would write about the Agni landscape. “Day 15. Han Machina survivor #2817 interview notes in Annex V. Still no daylight due to smog, pollutants enter the crevices of the body’s orifices, need for a mask 24/7. UNINHABITABLE.”

As always, a thin whirring Bee, her mechanical electronic monitor, had stood by during the cleaning ritual and was now hovering at its usual arm’s-length distance from her head. That soft, buzzing noise was her constant companion. There was nothing she could do that wouldn’t be observed by the Colony. She turned away from the Bee, as if to block out its presence. 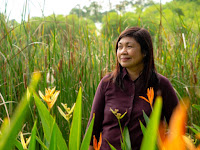 
Mayet Ligad Yuhico is the author of FOURTEEN DAYS, a work of romantic contemporary fiction published in 2011.

Based in Singapore since 2012, Mayet has shifted to the genre of speculative fiction in her new novel, HOMO ROBOTICUS, to ponder on the consequences of global warming and climate change.

Mayet Ligad Yuhico will be awarding a $50 Amazon/BN GC to a randomly drawn winner via rafflecopter during the tour.