A Savage Kultur by Monique Roy

Van Gogh and Nazis, two of my favorite historical topics, both of which feature in this historical fiction, A Savage Kultur by Monique Roy. Take a peek inside with an excerpt and let the author know what you think. Be sure to follow the tour for even more. And of course, best of luck in the giveaway! 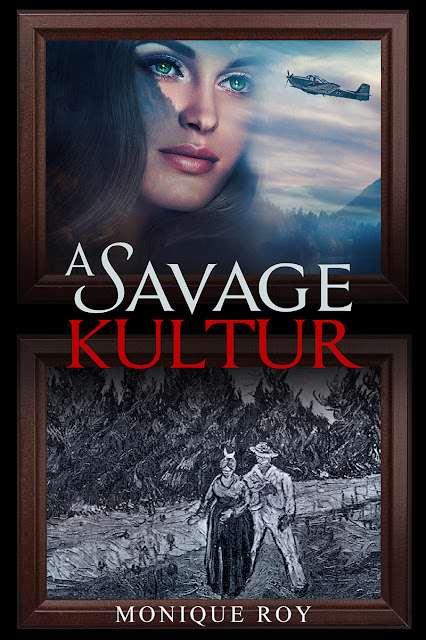 Ava is a Jewish art student who suddenly inherits her grandfather’s gallery in London. Acting on his final wish, Ava begins a journey to discover a valued Van Gogh, which was looted by the Nazis in 1937. As Ava unlocks this complex journey, we begin to travel between her timeline and that of the war itself, where we find out what ordinary people had to do to survive under the power of the Nazis and their wishes.

It was an icy New Year’s Eve in London when Ava Goldman contemplated the bitter side of life. As she strolled home from a cozy bookshop before sunset, she noticed the wind crisscrossed between ancient buildings, thick snow blanketed the streets, and a single piece of newsprint swirled up in the gust. This weather was not everyone’s cup of tea, but Ava liked the invigorating, crisp air and the hoarfrost on the grass. She could stare for hours at the individual snowflakes that sparkled like glitter and diamonds.

The chilly weather scarcely dampened the mood as the city, on the dawn of another year, still hummed with activity and celebration. Ava knew she was not alone in her thoughts. Merry revelers stood on the banks of the Thames River, which lay frigid from below London Bridge. They, too, were on a journey, quietly observing the world before them as they tried to imagine the future and rehash the past. Glowing fireworks burst around Big Ben and the Houses of Parliament, illuminating the night sky with explosions of bright and vivacious colors of light.

In these moments when nothing stirred, she remembered the past, understood the present, thought of the future, and she dug deep into her soul. Ava vowed to remain centered no matter what came her way. To her, this meant being more grounded and calm. She hoped the new year brought with it hope and renewal like a radiant flower that springs from a timeworn vine.

Monique loves writing that twitches her smiling muscles or transports her to another time or place. Her passion for writing began as a young girl while penning stories in a journal. Now she looks forward to deepening her passion by creating many unique stories that do nothing less than intrigue her readers.

Monique was born in Cape Town, South Africa, and her grandparents were European Jews who fled their home as Hitler rose to power. It’s their story that inspired her to write Across Great Divides, her debut, historical fiction novel.

Monique holds a degree in journalism from Southern Methodist University in Dallas and is also the author of a children’s book Once Upon a Time in Venice. In her free time, she loves to travel, play tennis, pursue her passion for writing, and read historical fiction. In 2008, she was chosen by the American Jewish Committee's ACCESS program to travel to Berlin, Germany, on the 70th anniversary of Kristallnacht, to explore German and Israeli relations along with 20 other Jewish professionals from across the U.S.

Monique Roy will be awarding electronic book copy of A Savage Kultur to a randomly drawn winner via rafflecopter during the tour.