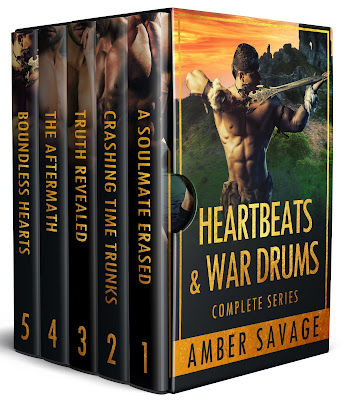 Rylen Hagan has everything he ever wanted; on the cusp of winning the Nobel Prize for Physics, the love of the woman of his dreams and a thrilling career as a Time Pilot. But in the blink of an eye he loses it all when Clarissa is snatched from him and simply erased from time.

Undaunted by the difficulties and ignoring the risks, he sets off to find her again, but is transported straight into the middle of war that is raging through the Scottish Highlands, a thousand years out of his comfort zone. As his quest drags him from the misty mountains of Scotland to the shores of the New World, Rylen notices that a rip in time threatens to destroy everything he has ever known.

As he slowly begins to fall for Bronia, the feisty daughter of the clan chief Magnahul, Rylen finds himself in danger of forgetting the real reason he is a millennia away from his time. With changes in the past now affecting the future, his desperate actions are beginning to reap what they have sown and as clans march to war there will be a heavy price to be paid.

But there is something else that is at play with the fabric of time and it is altering everything that Rylen knows, slowly and inexorably destroying his past as sure as it is destroying the future of the clans he has come to know as friends.

Is there anything he can do to change the outcome? Or has his actions started a chain reaction that will consume millions of lives?
Read an excerpt:

The man screamed in agony. He had been sworn to secrecy and was about to give his life to fulfill that oath. Magnahul, enraged by how the night had unfolded, was in no mood to play games. The raw energy of the giant was bursting at the seams. His daughter lay lifeless in the room beyond, and the king who could destroy his people was fleeing. He was not a man to be trifled with on any occasion, but today – right now, it was perilous to stand against him. 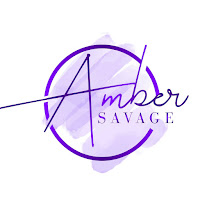 Amber Savage still cares too much about what other people think. She is a hopeful romantic and citizen of the Earth whose vision is to inspire her readers through compelling and candid storytelling. An avid traveler who has resided in various locations all over the world, she is continually reminded of the thread that binds us all: love. (Sounds cliche, but it's so true.)

When she isn't crafting stories that showcase the wide spectrum of human emotion and experience, you can find this creative soul going on outdoor adventures, practicing yoga, or spending quality time with her loved ones (her husband, two canines, two felines, a parrot, chickens, and three horses). Infinitely dedicated to making this world a better place than when she first entered it, Amber also advocates for the prevention of cruelty to humans, animals, and mother nature.

I was compensated via Fiverr for sharing this post. I only share those books that I feel will be of interest to my readers.
Posted by Andi at 4:33 PM
Labels: 99 cents, book promo, boxed set, Featured Fiverr, historical romance, time-travel