Review of Wired by the FBI by Glenn Painter

Welcome to the book tour for Wired by the FBI by Glenn Painter! Today you're going to get a bit of background about the book, plus an excerpt and my own thoughts about it. Be sure to follow the tour for even more! And please leave the author questions and comments along the way. Best of luck entering the amazing giveaway at the end! 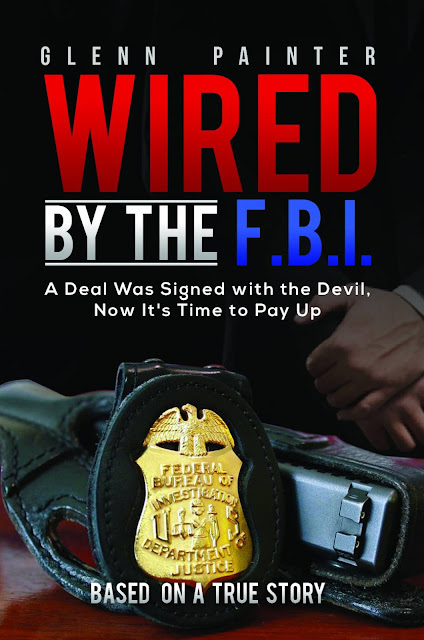 Christian Romano lives his life as a con-artist, burglar, drug dealer, and a ladies' man, using his good looks to con wealthy women out of jewels and money. When he is arrested and jailed in one of the most violent jails in the U.S. (Cook County in Chicago), a steamy affair begins with a nympho female jail guard. When he loses control of the romance, Christian must end the affair by reporting her to Internal Affairs. It turns out that she is already under suspicion for supplying drugs to various gang members inside the jail. He has to decide if he is "rogue" enough to help set her up for arrest. Meanwhile, the FBI wants to recruit Christian to gather information against a sadist ex-cop, Scott Mason, who has been arrested for murder. The risk? Christian must wear a wire and testify. The reward? Witness protection for Christian and his girlfriend and a modification of his prison sentence. Will Christian risk his life for a chance at freedom? Will the female sheriff "get even" with him? Or will his life end at the hands of the jail's drug lords or a lunatic former cop?

Something’s wrong, my intuition told me, as I stepped out of the stairwell and into the chaotic frenzy of the main hallway running under Division One of the Cook County jail.

Sergeant Ricky Walsh opened the heavy, rusted steel door leading to the death trap—that is A-B stairwell—then turned to me. “Romano, take the stairs down four flights to the bottom, I will meet you there.”

There are four sets of stairs that lead to the main boulevard on the first floor. They are legendary for the infamous men who have been butchered there, the bloodstained walls are a testament to the violence that is the norm in this building. As I begin my descent down the narrow and poorly lit stairwell, the thought hits me: At least half a dozen men have been stabbed in this exact place. The words taunt me as I step slowly down the stairs so that Walsh will have time to beat me to the first floor in the old, decrepit elevator.

When I finally make it down, I breathe a sigh of relief. But it is not Walsh waiting at the huge, steel door I am to exit. Instead of the old mick—who looked and walked like a bulldog with his perfectly groomed hair and mustache—it was one of the lackey guards. They would often hang out on the main floor waiting to proposition some poor woman coming to visit her man. I open the door and step through quickly, not wanting to arouse suspicion. But my heart hangs in my throat.

During my trip down the stairwell, the heavy steel recorder slid down my pant leg, stopping on top of my right foot. The ACE bandage, meant to hold it in place, was also dangling and ready to pop out for everyone to see. Panic set in as my mind processed a million thoughts, but I couldn’t break my stride.

It was common knowledge that this is where inmates often came out stabbing when sent to attack a guard by one of the gang bosses. Looking past the guard, I saw Sergeant Walsh bearing down on us as fast as his stubby legs would carry him.

“Hey Walsh,” I said, “the food poisoning is getting worse, I’m gonna puke all over this guy.”ng around to see what was going on. These guards tolerated zero bull, especially from a smart-ass like me.

I decided that it was quicker and easier to shove the recorder under the waistband of my jail pants and pray it would stay. After splashing water on my face, I poked my head out.

Walsh fell right in line with my cover. “We’re going to the hospital, come with me!” he bellowed.

I exited the closet, pushing the recorder into my torso as we walked past another guard. We traveled down the long hallway. Once we were far enough out of earshot, Walsh found an unoccupied attorney visiting room. As he opened the door, I scurried to the far corner.

“The hallway is clear!” Walsh yelled.

I pulled the recorder from my waistband and looked at it with disdain. Then I wrapped it tight with the ACE bandage. Although the long recording wires had to be reconnected and it only took a few moments, it felt like forever.

Then it hit me: I’m wearing a wire against one of the most violent hitmen Chicago has ever known, and this prick had been a Chicago cop. He probably knows every person who works in this jail. Getting whacked in a place like this costs less than a carton of cigarettes. What the hell have I gotten myself into? But there was no backing out, and I still had to get back to my tier.

Walsh looked at me, his brow furrowed. He quietly asked, “You alright, kid?”

“I better be. I signed a deal with the devil, and it’s time to pay up.”

I drew in a deep breath as we headed to the hospital, so we could sign in and make it look legit.

How did my life get to this point? I wondered as I followed Walsh. Growing up in Chicago, I was exposed to police corruption, murder, drugs, gangsters, and sex, oh yes, lots and lots of sex.

I had no clue of what awaited me, but my unsavory legacy was about to go down in history like crap down a toilet.

Available on Amazon
(affiliate link)
**My thoughts**
I was somewhat attracted to this book because it is based on a true story. I grew up along the 80/90 corridor, so these mobster-type stories were famous while I was growing up. I was curious to get more of a first-person perspective than a textbook history lesson, even though I know this is fiction based on a true story.
It was interesting being inside of his head to get that point of view. It reminded me a bit of a dark noir kind of story and at the same time, a historical play-by-play of what the life was back then. It didn't quite read like a novel to me, more like a memoir.
He's not a character that you're going to like. He is a despicable criminal and deserved to get in trouble. But it was also incredible to read about how he got involved and got others involved and was able to expose some of the corruption.
I think you have to be into this kind of story in order to really appreciate this book. But definite kudos to the author for all of his research and work that you can tell he put into this. It was a labor of love.
Thank you to the author and Goddess Fish Promotions for a requested review copy. All thoughts and opinions are my own.

Background of the book.

This book is written in fiction, because we all know that the human memory cannot possibly recall any conversation ‘word for word’. Even though the writings were obtained from ‘unedited rants’ by the man who lived the experience, this version is better than the original.

There are certain people who may think they recognize themselves, or someone they know in the book and they may even try (just for kicks) to give me a hard time. They may get grumpy and steamed up over it. They need to remember that if I really wanted to be a jerk, I would have named them directly. So any jokes, references or descriptions anyone might find offensive are only meant to be harmless and funny.

My book depicts ‘actual events’ which took place in Chicago in the late 90’s and can be verified by research. It covers the life of a ‘protagonist’ con man who is arrested for burglary and incarcerated in one of the most violent places in the United States, the ‘Cook County Jail’. While there, the FBI recruit’s him to ‘wear a wire’ in order to get more evidence against a ‘crooked cop’ who has been arrested for the murder of a Chicago businessman. In return for this ‘protagonist’s’ help, he is given a reduction in sentence and put into the ‘witness protection program.

That’s when the fun really begins! There are a lot of swear words, (and I apologize in advance to people of strong faith who might be offended) however, this is the way they talk in the ‘world of crime’. You will also read a ‘lot of sexual encounters’ which might also be offensive, but you will be educated in the way our justice system works, which can be both good and bad.

Trust me, you will not want to put this book down. You will want to know what is going to happen next in the life of this ‘protagonist’. This book will keep you turning the pages from beginning to end. 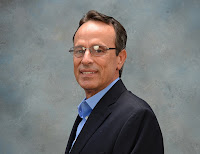 Glenn Painter is single and lives in Central Florida. He became interested in writing at an early age but did not make it his career until 2014 when he published his first book, Beyond the Sentence.

Glenn has written this story from the notes by the man who actually lived it. However, extensive research was also require in order to make the story factual.

Glenn has also founded a company, ‘Prisoner Civil Right Services.’ He is an advocate for incarcerated individuals who have had their rights violated. He is in constant contact with these individuals, their families and the council. Most of his stories are inspired by ‘factual events’ that have happened to these individuals. This makes his stories both fiction and non-fiction.

Glenn says that writing is very challenging, and you must love the trials and tribulations that come with it. He believes that patience, perseverance and determination are required essentials to see a book through to being published. The journey is just as important as the destination.

Twitter: https://twitter.com/author2663
One randomly chosen winner via rafflecopter will win a $50 or $100 Amazon/BN.com gift card. Follow the tour for more chances to win!
a Rafflecopter giveaway
Posted by Andi at 3:30 AM