Realm of Dragons: Fight for the Crown by L.C. Conn

Did somebody say dragons? Check out an excerpt from the fantasy book Realm of Dragons by L.C. Conn and then download your own copy. Be sure to follow the tour for even more and leave your questions and comments along the way. Best of luck entering the giveaway! 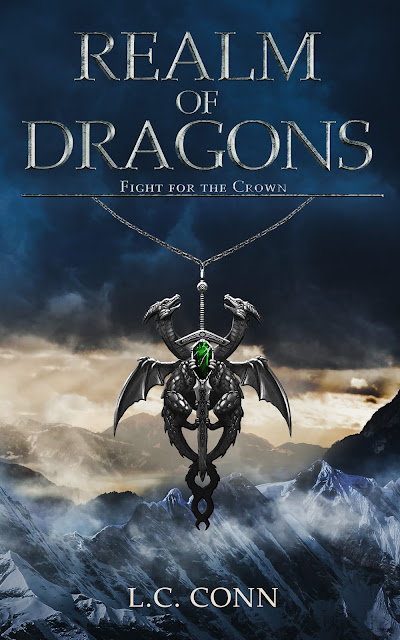 The Realm of Dragons is in peril from hidden plots and conspirators, which threaten not only the crown, but the dragons that are at the very heart of it.

Teagan Loinsigh, long ago banished from her magical home of dragons now lives on Earth. Her dreams and memories of the great creatures are put down to fantasies and an overactive imagination, until one day she comes across a creature so unlike any other in the land she lives in. A baby dragon.

Muniath Magaoidh, a Dragon Warden fallen so low by a failed mission, must be brought back from his despair to retrieve what is lost.

Scetis Mordha, alone in the world since he was a child. Finds himself in the middle of intrigue and conspiracy against The Realm of Dragons.

Tying them all together is a dragon. Not just a dragon but The King of Dragons.

Can these four save The Realm of Dragons?
Read an excerpt:

“This could all be settled now. Between you and me. There should be no more waste of lives. If you conquered this way, you would only be seen as a tyrant and most of those who were left would never have your respect.”

“Are you seriously suggesting that we duel to see who gets the kingdom?” Orcades scoffed at the idea.

“You, who have never held a sword or killed anyone. Against me, a seasoned warrior?” he looked around him as he laughed, most of the men joined in.

“That is exactly what I am proposing,” Scetis said. “Where are you?” he called in his mind to Squirt.

“Easy for you to say.” Scetis sent out the thought. “So, what do you say?” he once more addressed Orcades.

“This will be the easiest fight I’ve ever won!” Orcades armour creaked as he hauled himself from his saddle.

“Are you sure you want to do this?” Ide asked him in a hushed voice.

“I have to, and don’t you interfere. Squirt will be helping me.”

“I have only just found you, don’t do anything stupid.”

“I have a plan,” he told her without any bravado or grin. He stepped forward to meet his opponent. 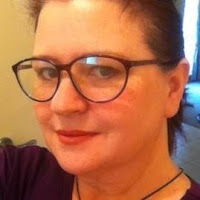 L.C. Conn grew up on the outskirts of Upper Hutt, New Zealand. Her backyard encompassed the surrounding farmland, river, hills and mountains which she wandered with her brothers and fed her imagination. After discovering a love for writing in English class at the age of eight, she continued to write in secret. It was not until much later in life that L.C. turned what she thought was a hobby and something fun to do, into her first completed novel. Now married, L.C. moved from New Zealand to Perth, Western Australia, and became a stay at home mum. While caring for her family and after battling breast cancer, a story was born from the kernel of a dream. The first book of The One True Child Series was begun, and just kept blooming into seven completed stories, which have garnered great reviews. She continues her career with more stories waiting in the wings to be released.

L.C. Conn will be awarding a $25 Amazon or B/N GC to a randomly drawn winner via rafflecopter during the tour.
a Rafflecopter giveaway
Posted by Andi at 3:00 AM