The Collector by Lane Stone

Just the name alone guarantees a chilling ride in this new thriller by Lane Stone. Read an excerpt from The Collector and let the author know what you think in the comments! Download your own copy and then follow the tour for more. Best of luck in the giveaway! 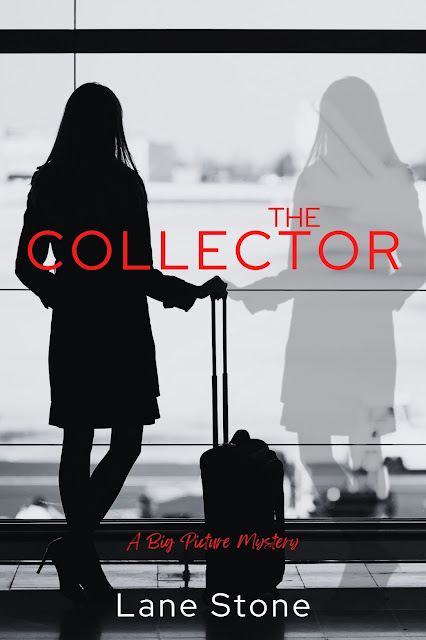 Art expert Emma Kelly arrives at the Metropolitan Museum to meet with disgraced philanthropist Boyle York only to learn he has been murdered. His body and a nearby masterpiece are splattered with blue paint. In the following days, works of art around the world are attacked with the same paint, which Emma believes has something to do with the Virgin Mary. Emma’s husband, Elliott Baldwin, the Assistant Director in charge of the FBI’s New York City field office, isn’t convinced but appreciates her expertise.

Following a lead, Emma travels to her other home in Bath, England, and continues her search for one of the most famous Nazi-looted paintings. When a diver hired to explore a sunken Nazi submarine is murdered with the same weapon used to kill Boyle York, Emma wonders if the art crimes on three different continents are actually an attempt to trip her up.

Emma races against the clock to countries with Virgin Mary apparition sites in an attempt to save the world’s most beloved artwork. Can she convince the Vatican to disavow the perpetrators and stop the attacks and bring justice to the mastermind behind them before it’s too late?
Read an excerpt:

Everybody had a story and then another story. Even the police. I stood at the Metropolitan Museum entrance, shifting my weight from one foot to the other, relying on that philosophy to help me figure out how to get what I wanted. Left. I considered my predicament. My meeting with a potential client was to start in five minutes, but the yellow crime scene tape strung along the portico was uninterested. Right. I studied the NYPD officers lined up guarding the doors from people like me. I would plead my case to one of them. It was a matter of choosing the right one. One had a story that would make him or her more likely to let me in so I could be on time for my meeting.

I wasn’t the only person with a mission, standing outside the Met that day. A month ago, in mid-March, a hundred or so protestors had taken over the iconic steps. They came and they stayed. They were angry and united in their desire for the Met to cut all ties with the man I was there to meet. He was the president of the co-op board for a building, less than a quarter mile away, that became a death trap in one of the worst high-rise apartment fires in Manhattan’s history. According to their posters, many were relatives of the hundred plus people who had lost their life that day. Depending on which newspaper you read, the deaths were either due to the board’s misguided choices to keep homeowner fees low to help the senior citizens living at The Henckley Tower, or because for years the building’s managers had intentionally misled city inspectors. I hoped my theory about everyone having a story and then another story would hold fast, but neither view redeemed billionaire philanthropist Boyle York. 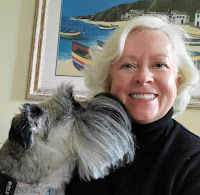 Lane Stone lives in Alexandria, Virginia and Lewes, Delaware with her husband, Larry Korb, and their Standard Schnauzer, Cordy. She’s the author of THE COLLECTOR, an art thriller, which is the first book in The Big Picture trilogy. The first book in the Old Town Antiques Mystery series, DEAD MEN DON’T DECORATE, will be published in November 2022, and will be written as Cordy Abbott. She is the author of the Pet Palace Mysteries and the Tiara Investigation Mystery series.

When not writing she enjoys characteristic baby boomer pursuits: being a dog Mom, traveling and volunteering for good causes, like AAUW and the Delaware River & Bay Lighthouse Foundation. She serves on several boards.

She has a post-graduate certificate in Antiquities Theft and Art Crime.

She is represented by Dawn Dowdle, Blue Ridge Literary Agency.

Lane Stone will be awarding $10 Starbucks GC to a randomly drawn winner via rafflecopter during the tour.
a Rafflecopter giveaway
Posted by Andi at 4:00 AM
Labels: book excerpt, book promo, giveaway, Goddess Fish, thriller