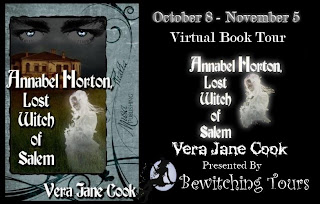 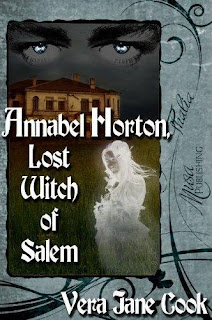 Book Description:
From the Salem Witch trials through the Nineteenth Century and beyond, Annabel Horton is pursued by the devil’s disciple, Urban Grandier, the demonic priest from the incident at Loudon. She must take the bodies of those that the devil favors to protect her family. She must uncover the motive behind the illusive Ursula/Louis Bossidan, the scandalous cross-dresser who is pursuing her beautiful granddaughter, and she must learn, being one of God’s most powerful witches, how to use her power. But will it be enough to save her husband from Urbain’s fiery inferno? Will it be enough to save her children from demons greater than themselves? Read on, you will learn more….. 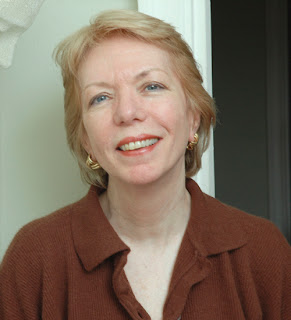 About the Author
Vera Jane Cook, writer of Award Winning Women's Fiction, is the author of The Story of Sassy Sweetwater, Lies a River Deep, Dancing Backward in Paradise and Annabel Horton, Lost Witch of Salem.
Jane, as she is known to family and friends, was born in New York City and grew up amid the eccentricity of her southern and glamorous mother on the Upper West and Upper East Side of Manhattan. An only child, Jane turned to reading novels at an early age and was deeply influenced by an eclectic group of authors. Some of her favorite authors today are Nelson DeMille, Calib Carr, Wally Lamb, Anne Rice, Sue Monk Kidd, Anita Shreve, Jodi Picoult, Alice Walker and Toni Morrison. Her favorite novels are too long to list but include The Story of Edgar Sawtelle, Cheri and The Last of Cheri, The Picture of Dorian Grey, Wuthering Heights, Look at Me, Dogs of Babel, The Bluest Eye, The Art of Racing in the Rain, Body Surfing, Lolita, The Brothers Karamazov, She's Come Undone, Tale of Two Cities, etc., etc., etc.,
Dancing Backward In Paradise, Jane’s first published novel received rave reviews from Midwest book review and Armchair Interviews. It also won the Eric Hoffer Award for publishing excellence and the Indie Excellence Award for notable new fiction, 2007. The Story of Sassy Sweetwater received five stars from ForeWord Clarion Reviews. The Story of Annabel Horton, Lost Witch of Salem is her first paranormal novel and will be followed by Annabel Horton and the Black Witch of Pau and Annabel Horton and the Demon of Loudun.
The author works by day for an education publishing company as an account manager and lives on the Upper West side of Manhattan with her long term partner, her Pomeranian, Daisy, her Basenji/Chihuahua mix, Roxie, her Chihuahua, Peanut and her two pussy cats, Sassy and Sweetie Pie.