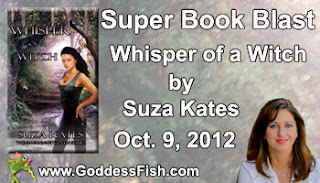 Welcome to the Whisper of a Witch book blurb blitz, hosted by Goddess Fish! 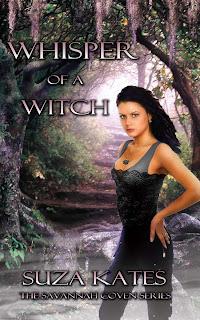 Whisper of a Witch

Biologist Shauni Miller, a beautiful as she is compassionate, harbors a secret that could alter her life forever. If she chooses to share it. Dr. Michael Black helps Shauni in her time of need, but sees more in the raven-haired temptress than she ever meant to reveal. He knows she’s hiding something, but then, so is he. Both Shauni and Michael have a role to play and decisions to make as a centuries-old prophecy has yet to be fulfilled. Only the fates know if they are meant to be together. Or if one of them has to die.

“Anna shrugged. “Like I said before, magic likes its secrets and will only give us what we need when we need it. I don’t know the order of your trials, it will be revealed in time, as the power deems. There are pieces to this puzzle that even I haven’t found, yet. Things I won’t be allowed to know at all.”

Moving with grace across the dais, she bent to retrieve something from a stand between two of the chairs. She turned back with a chalice, silver and encrusted with precious stones of sapphire, garnet, and amethyst. A large round disc was on the front side as she carried it. From its swirling pattern and opalescence, Shauni guessed it to be moonstone. Usually found in necklaces and bracelets, it was a mineral worn for protection from harm. She had some herself.

“If you feel you are ready.” Anna paused for effect. “I can tell you the first.”

Claudia and Viv both cried out in the affirmative.

Willyn held her tongue, obviously unsure. She had a son to think of on top of everything else.

A few said, “Yes,” quietly, and the rest, including Shauni, nodded solemnly.

“Actually, you already know.” Anna’s lips curved with mischief. “You see, magic does the choosing.” She once again held up an open palm. “And it has made its choice.” She slowly pivoted until the vivid blue of her eyes rested on one witch in particular.

One by one, the gazes of the women followed.

They were all looking at the miraculous hummingbird still sitting on Shauni’s shoulder.

They were all looking at her. 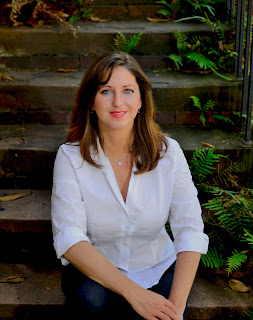 Suza Kates can’t remember a time when she didn’t love books, but two particular memories stay with her. “As a young girl I picked up Little Women, read it straight through, and promptly turned to page one to start all over again. The next book I did that with was Mind Hunter by John Douglas, tales about profiling serial killers.”

Thus a twisted romantic was born.

Throughout her teenage and young adult years, she read everything from horror to historical romance yet never imagined writing anything of her own.

It was during a long, cold winter in a tiny apartment in Germany that Suza picked up a pen and notebook to entertain herself. “The apartment was so tiny, my bed also served as my living room couch. Plus, I shared it with three cats.”

Missing the warmth, the hospitality, and the food of the South, she wrote about those things with a huge dose of family thrown in. She says she still has a sweet spot in her heart for her first book, Southern Moon, but to date, she hasn’t revisited it for submission to her publisher.

Suza followed her heart to Savannah, Georgia, and it was the gorgeous city with its moss-covered oaks and secrets of history that inspired her to consider paranormal romance. “I had an idea about sisters and magic, so I went to work on the first book of The Savannah Coven Series, Whisper of a Witch. The series is still going strong, and I am grateful every day that I took a chance on paranormal romance, a genre I wasn’t very familiar with and had never actually read before writing it.”

Suza has since joined RWA and can’t say enough about this organization. “The education and support are unparalleled. I am so grateful to all of my fellow writers who have offered advice.”

Suza still resides in Savannah and is currently working on her next book. She considers it a perfect day when she can sit at the keyboard with coffee in her cup and one of her cats purring in her lap.