This time it is for the upcoming book A Political Affair by Mary Whitney. 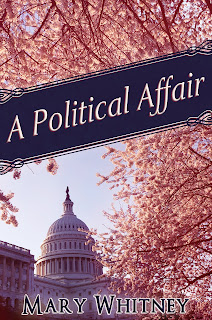 
Also be sure to check out the awesome novella she wrote in the series!! A Very Important Guest - Novella


Hope to see you all there!!