'Max Cutter and the First Black Book' by Jacob Tate 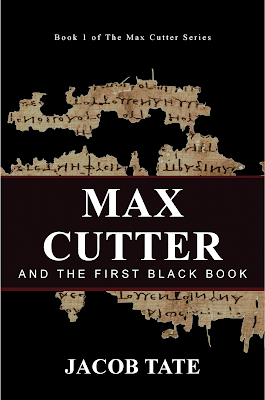 Join Max Cutter in this action-packed, laugh out loud, adult fantasy thriller from Amazon Dark Fantasy & Horror Occult Best Selling Author, Jacob Tate. Max Cutter is one of the world's most influential supernatural and paranormal experts. The bulk of his time is spent traveling across the globe in search of video and image evidence of myths, legends, ghosts and demons. Using his print magazine and website, Supernatural Pudding, to publish his exclusive findings, Max has developed a dedicated fan base that spans six continents and hundreds of countries. Over the years, Max's perilous encounters have included run-ins with goblins, zombies, and aliens, to name just a few. But when an entrepreneur and his daughter from Wales contact Max to ask him to help retrieve The First Black Book, a timeless text whose words hold incredible power, Max finds himself thrust into the middle of a deadly war between an ancient evil and a handful of warriors of good.

Filled with traditional horror, supernatural monsters and tons of adult humor as seen through Max's eyes, The First Black Book sets the stage for an exciting new series that anyone with a taste for Sci-Fi, horror, paranormal monsters or an occasional 80's joke will love.

Randall’s cold eyes audited every inch of me as he approached.
“Ummmm…hi there,” was the best I could muster.
He stopped, now standing only a few feet from me, but said nothing in reply.
“Randall, slowly put the book back in the bag. Slowly,” Natalia calmly demanded.
Randall dropped one hand from the Black Book, successfully balancing the item in his other hand, and pulled the satchel around to the front. He lowered the book it into the bag and buckled it shut. Grasping the satchel from both sides, he raised it up to me – again without a word.
“Max, take the bag and put it on,” Natalia said gesturing with the gun to set her demand in motion. “Randall, after he takes the book, I want you to take two steps back, lock your hands behind your head and face the wall.”
I grabbed the bag and slung it around my neck and shoulder. Any chickenshit knows this method allows a much better run-like-hell speed. The Book was much lighter than I expected based on its voluminous size – no doubt the years had dried the pages and created gaps of air between them.
Randall, on the other hand, did not comply. Instead he turned towards me with an icy glare and said, “You have no idea what you have gotten yourself into do you, Max?”
Thankfully, the warning ding that the elevator doors were about to open prevented me from crafting an eternally stupid reply.


In situations like these, I am typically more of an observer – or at least that’s my goal and how I view myself. I prefer monitoring the situation and recording it with my WonderSpecs while keeping one eye on my escape route. I am not very good with a gun or in a fight, but I am good at identifying bad situations well before they go from suck to blow.
“Put the gun away now!” I yelled at Natalia and moved to greet whoever was about to exit the elevator. “These could be security guards sent up by that kid and his mom.”
Natalia, sensing the high risk nature of the situation if she kept the gun pointed at Randall, slid it back into her holster and lowered her arms to close the jacket and conceal the pistol. Her hands dropped to her sides – one remained partly open like a gunfighter at high noon and the other loosely pretended to be in her jeans pocket allowing for a quick move for the handgun.
Randall moved away from the wall instead of facing it like she had demanded. Instead he moved between the two of us, facing me. His hand slid down his side towards the inside of his jacket and I once again found myself wondering why am I always the only one without a gun?
The doors to the elevators opened and two security guards stepped out, one after the other. One was white and the other was black – and both were immensely fat with zero chance of walking side by side anywhere in the entire city I estimated. I could tell immediately they were security guards because they carried the same tell-tale, pseudo-threatening, attempted-but-failed-to-be-intimidating look on their faces that mall security guards have.
Also, their navy blue polo shirts said SECURITY above the pocket.
I turned my back to Randall, regretting it the second I did it, and instinctively attempted to take control of the conversation before Randall got a chance. Besides, I had a plan in mind already that I hoped would get Natalia and I out of the hotel quickly and safely. “Sorry guys. Did that nice family send you up here? I thought that would be you when I heard the elevator door.”
“What’s going on up here?” the fat white guy said. He looked out of breath – it must have been the altitude because, as you know, he didn’t take the stairs. I doubted he even knew where the stairs were in this hotel.
The fat black guy adjusted his belt buckle and by that I mean he attempted to tuck some of his belly roll back into his pants (it was a failed attempt). “Yeah we heard you aren’t letting people off the elevator. Who are you people? What room you staying in?”
“Guys this is a very flammable situation with the potential for violence. These two behind me are former boyfriend and girlfriend,” I said jerking a thumb over my shoulder. “It didn’t end well. Your timing is great though as I think this was about to get physical. This is a nice place and we don’t want any trouble. May I suggest we take this elsewhere?”
“You’re damned right you are taking it elsewhere. You guys are coming down to the office and we’re calling the police.”
Oh, do you mean the real police?
“You’re right. I agree. I was trying to mediate this reunion and I don’t think I had a handle on it. We will come with you respectfully and peacefully. I would suggest though that you don’t put these two in the same elevator. It wouldn’t be good for business if you catch my drift. How about myself and the lady ride down with one of you,” I said pointing at the one closest to the elevator. “Then the other accompanies this man using the stairs since there’s only one elevator. We can meet again on the ground floor in the office?”
The guards looked at each other and time itself stopped in an epic meeting of the minds.
“Ain’t no way I’m taking no stairs, Joe.”
“Shit. Ain’t no way I’m taking the stairs either. He’s right though. Let’s keep em separated. I’ll take them two down first. I’ll meet you at the office,” the white one, Joe, said.
The other guard nodded agreement and I turned to face Randall. I gave him my most pleading look of trust and said, “Okay with you?”
He paused for a moment, weighing his options, and then nodded his agreement. For better or worse, at least at this stage, Randall didn’t seem too interested in a shootout. Maybe he never really wanted the Book and this was all a ploy to get her attention?  Natalia cautiously moved past him and we reached the elevator door.
I stepped to the side of the entrance and looked at the guard. “After you, Joe.”
He pulled up his buckle just like his partner had before him, slid through the doors, and we followed.
I was pleased with the results of my quick witted plan and relieved to have them separated. In agreeing to the separation, Randall didn’t realize I had just put our escape plan in motion.
Later that night I would find out it was exactly what he wanted all along. 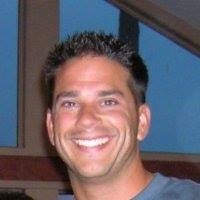 Jacob Tate is an Amazon Dark Fantasy Best Selling Author who writes with a focus in paranormal, mystery, horror and fantasy. Currently residing in Lebanon, OH. His passion includes gore, monsters, decapitations and other totally rad things similar to these. His first book of the Max Cutter series is available now on Kindle/Amazon. The second book in the series will be available in the Fall of 2014.

The Max Cutter series is written with a humorous style to accompany the horror and supernatural components, and it revolves around a fun loving and sarcastic central character. Max is often thrust into extremely dangerous situations and symbolizes being in the wrong place at the wrong time. He counters the awkwardness of facing monsters, ghosts, demons and potential death through a wry and catching wit.

A child of the 80's, Jacob infuses his work with a number of movie, cartoon and TV references that date back to Star Wars and work their way up until present day.