'Earths in Space: We Must Evolve' by Daniel Sherrier 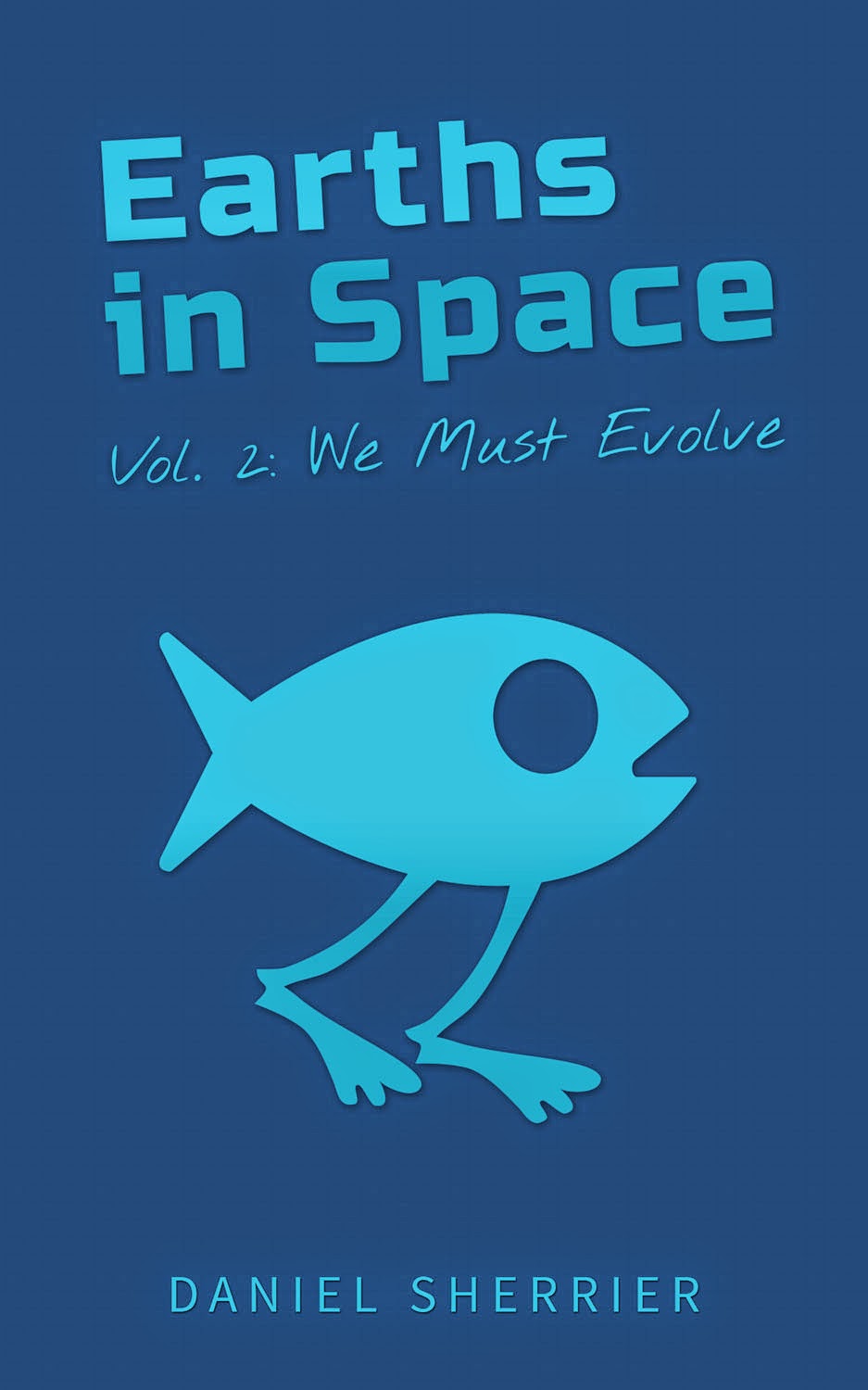 Earths in Space vol. 2: We Must Evolve

Life can evolve. Amena saw the evidence on an ancient Earth. It wasn’t pleasant evidence, and it wasn’t evolution into sentient life, but she saw evidence.

So okay, she accepts that no little green men exist on alien worlds, but maybe one of these other Earths holds evolved humanity.

Evolution faces a powerful obstacle, however — humanity itself.

Volume 2: We Must Evolve begins with the discovery of a mysterious ark full of refugees caught in orbit over Pluto…

Wait, an ark full of refugees…?

Well, that’s one Earth that’s not evolving. But another could be doing better. It’s possible, Amena keeps telling herself…

Continuing the action-packed Earths in Space series, We Must Evolve features a novel-length journey told in four novellas — “The Pluto Factor,” “Worlds to Save,” “The New World,” and “On Hold.”

Amena materialized in Renaissance Italy—which wasn’t actually Renaissance Italy, but it sure bore a striking resemblance. It pretty much matched how she pictured it. Smelled even worse, though, but maybe the architecture would stun her nose after it finished stunning her eyeballs. As she clung to the shadow of a tight alley, she wondered if any of these ornate buildings could boast interior artwork on par with that of the Sistine Chapel.

Well. That was a lovely half-second during which she could forget her present company and situation.

“What do you see?” Sharp asked.

“More than you, I’d wager, but I’m sure you’ll tell me the correct answer.”

“Look at the natives.”

Yeah, she got where he was going with this. The street was full of men. From her inconspicuous hideaway, Amena listened to snippets of conversation as they passed. They conducted business, discussed philosophy, debated a new mathematical theorem, and so on. All very interesting, but the tableau felt incomplete.

“Where do you suppose the women are?” Sharp asked. “Perhaps the kitchens? Nurseries? Imagine if you were born here.”

“That is a terrible waste. Yes. That’s a shame—that and so much else. There’s a lot more wrong here than you’d ever notice. These people—the ones alive right now—they’ll never explore outer space. They’ll never even reach the moon. Their descendants will create such wonderful art these folks’ll never get a chance to appreciate. They’ll achieve scientific discoveries that would astound any one of them, that would seem so magical—but these people will never know. Yeah, it stinks that it takes so long to grow a civilization, but the payoff’s amazing. These guys might be too stupid to treat their women as people, but each generation will get a little smarter until that’s corrected.”

“They won’t, because I’m about to kill them.” Sharp tapped his badge. “Location Beta.”

Daniel Sherrier is a writer based in central Virginia. This is the guy who writes the Earths in Space and RIP series, which you’ve doubtless heard much about. Occasionally, a play he’s written gets performed somewhere. He graduated from the College of William & Mary in 2005, where he earned a degree in the ever-lucrative fields of English and Theatre. Recently, he achieved his black belt in Thai kickboxing. And there was that one time he jumped out of an airplane, which was memorable.

Daniel Sherrier will be awarding a $15 Amazon or Barnes and Noble GC to a randomly drawn winner via rafflecopter during the tour. Follow the tour for more chances to win!