'Princess of the Indies' by Wilbur D. Spencer 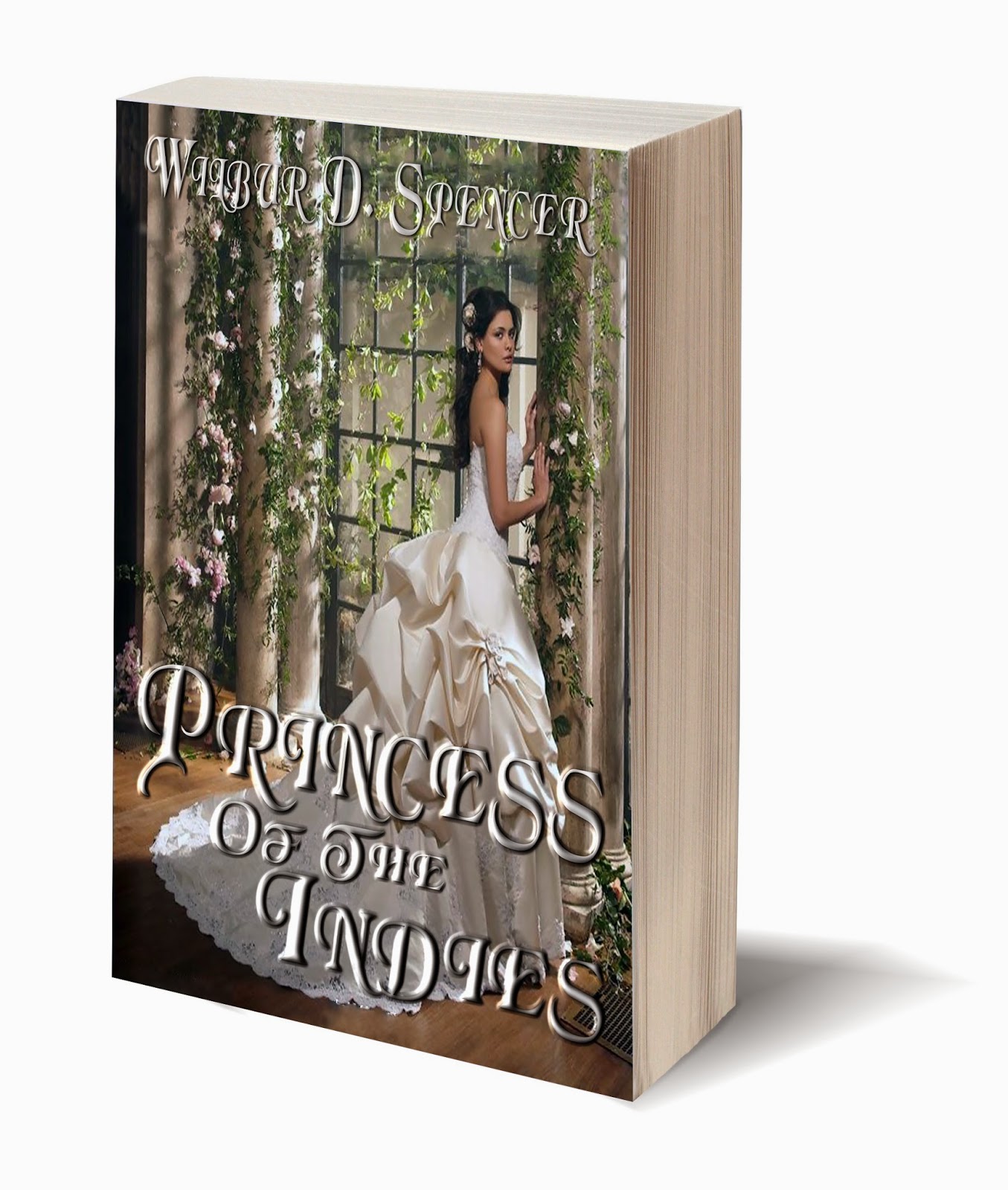 This is the tragic story of the closing days of the hectic reign of Christophe, black emperor of Haiti, when a piratical colony still infested the neighboring isle of Tortuga. The leading character is represented as a British sailor, shipwrecked in the Indies, who follows a fateful quest in the interest of the beautiful, but unfortunate, “Princess of the Indies.” In that quest, on land and sea, he encounters privateersman and piratical hordes, the then prevalent scourges of the southern seas. The narrative opens at a time when the bloody pirate colony of Tortuga had dwindled and Isla Espanola, once the alluring paradise of Columbus, had lapsed into a fantastic realm of racial discord. The fabulous wealth and exotic extravagances of Christophe, the black emperor, have been stressed by credible authorities during the many years which have elapsed since his suicidal exit in 1818. The title of the story has been debatable for a long time, but it would not be out of line with the custom of novelists of that ancient period if an appropriate sub-title "Foothills of Fate" had been added as an alternate. This tale of the Indies is based upon actual happenings during the second decade of the nineteenth century. It is, perhaps, only fair to observe that the writer has found it desirable to revise Captain Carroll's log to give both dialect and sequences a more modernistic twist.

Joseph M. Demakis is a Maine Author and he enjoys the seasons of the year that inspire his works. His travels of the world while being in the United States Marine Corps has greatly inspired many of his writings. He deployed twice to the Middle East with the 26th Marine Expeditionary Unit in the War on Terror. His service to Country and Corps lasted seven years, when he was honorably retired out as a Wounded Warrior. He now lives in his home state of Maine where he grew up.

From Out The Void - Amazon.com Best seller, hit number #3 for American Poetry in June 2014