Research in Writing a Mystery by t.m. williams, author of 'Clusters: Case of the Missing'

Research in Writing a Mystery

I’m a huge fan of listening to unsolved mysteries, especially ones that have elements that are truly unexplainable. I’m a logical person (sort of like a Vulcan) who is always trying to debunk things. So when I hear about mysteries that I can’t wrap my mind around I become engrossed. I first heard about cases of the missing from a radio interview David Paulides did and next thing I know, I’m purchasing all his books, reading all the cases, and listening to every interview I can get my hands on. As someone who has experienced 2nd hand losing someone from a mysterious disappearance, it hit home on more levels than just the curious. (I talk about this specifically in my book, CLUSTERS: Case of the Missing).

There are so many unsolved mysteries out there that I don’t think I’ll ever get to write as much as I want to. As a journalist, I get to cover some of these for The WOD, a local pop-culture newspaper in Phoenix as well as other publications. (like what I really believe the Bermuda Triangle is about) Then, there are those Urban Legends that creep me out so much that I can’t help but write a full-length book on it (Like Black Eyed Children, which is coming out this summer in my psychological-thriller called Children at the Window).

As I mentioned earlier, when I first heard David Paulides talk about the missing I went out and purchased all his books. By nature, I’m a researcher. I need to know everything about something until there’s nothing left I don’t know. When I was 19 years old I became obsessed with Charles Manson and trying to understand how something so awful can happen. It seemed so foreign to me, so alien – that I couldn’t wrap my mind around how something like that could happen. Next thing I know, I’ve read more books than I cared to on serial killers and trying to understand them. I guess it’s a good thing I still don’t get it.

As a reader, I appreciate an author who puts the time and effort into accuracy. I love to feel like I’m in the story and it’s a lot easier to get lost in a novel if the picture is properly painted. Since I expected this as a reader, it felt only natural to bring this to my books as a writer. I research whatever I can get my hands on involving the subject, even things most people would dismiss because you never know what you’ll find. The challenge is deciding what goes into the story. But, that’s the magic of writing well.

I’ve heard writers say research isn’t important in their story because it’s fantasy, or science-fiction, or just a children’s book. But we need to remember that the books, even fantasy, steeped in a dose of reality, takes the reader on a true journey.

CLUSTERS: Case of the Missing, is no exception. One of the compliments I get frequently that always makes me feel great is how my readers felt like they were there in the story – and often they felt compelled to Google elements in my story because it felt so real. Often times, it is. No matter what I’m writing – I like to put doses of true life in there to make it that much more mysterious. 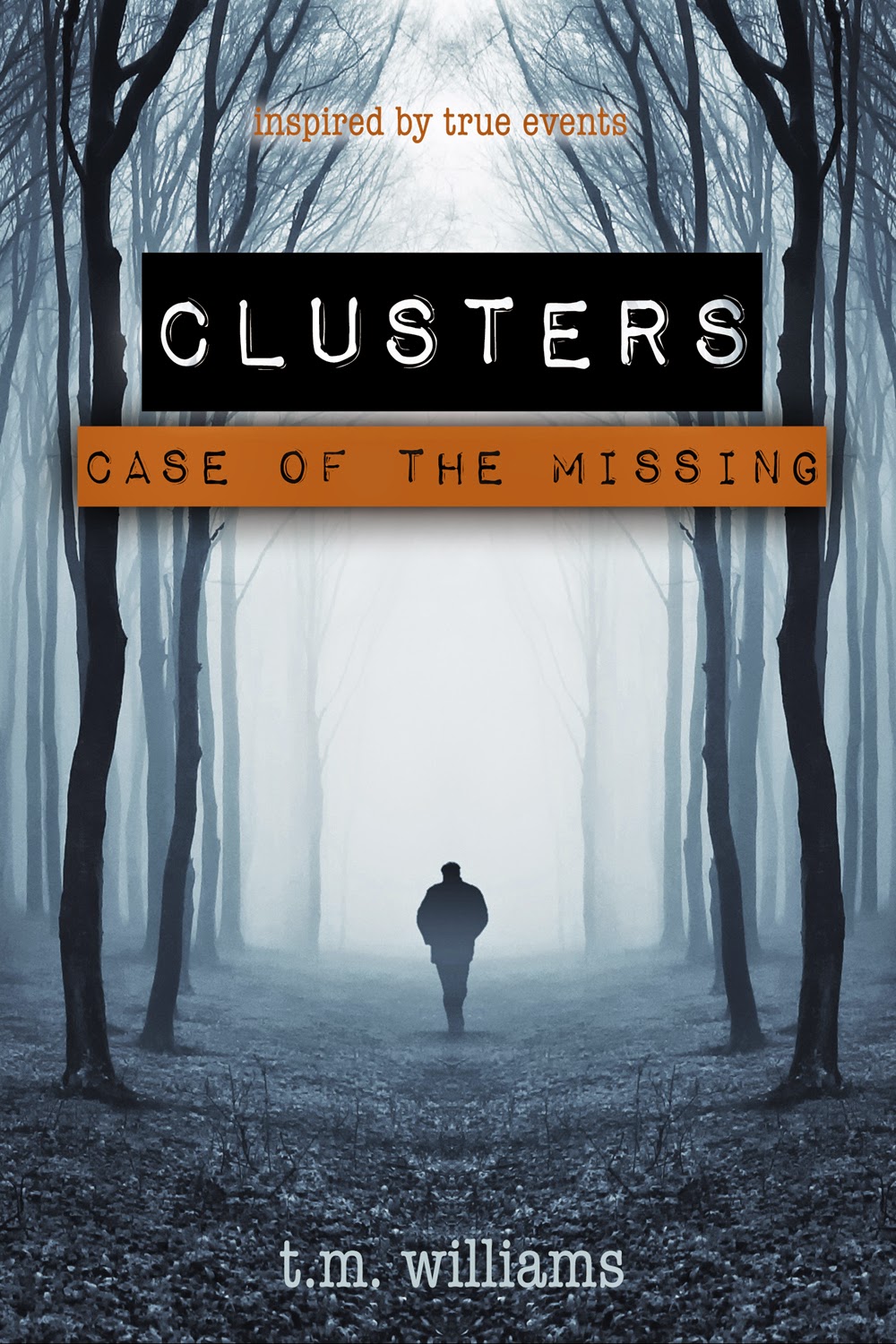 Seven year old Olivia Baxter and her dog vanish while playing in the front yard of her family's home. After a week of searching, Olivia's body was suddenly found in the closet, even after the police had thoroughly investigated the home.

Ethan Franco is a troubled journalist working for the Washington Gazette. His inability to move on from the past has deflated the passion he had for his career, causing him to lose his edge. Frustrated with Ethan Franco, but not wanting to lose his once star journalist, Editor-in-Chief, Jameson Stone assigns him a story to cover as a last chance to prove he could be the reporter he once was.

Large footprints in the woods, strange sounds, foul stenches, and a looming government presence become pieces of the puzzle in cases of the missing.

Inspired by real events, the author of the Bohemian Grove trilogy and the Apocalypse brings forth a story that has been kept a secret for over a century -- a story that a large group of people are still trying to keep under wraps.

Just as Michael reached for the pot of coffee, replaying that scene in his head for the thousandth time, a noise from the back room stopped him. Claire was closest to the hallway where the sound came from and she spun around quickly, drawing her gun.

Deena shot up to her feet, her eyes bright with concern. “Who’s back there?” she whispered to the officers.

The Captain shook his head. No one was back there. Michael had checked the bedrooms just an hour before, like he had done every morning, hoping to find some missing clue as to Olivia’s sudden disappearance. Claire backed up to the north side of the hallway while Sean and Craig flanked the other side, their guns drawn as well.

The noise came again, clearer this time. “Is that a dog?” Claire whispered, her eyebrows drawn together in a deep V.

Whimpers filled the home, followed by – scratching? Claire narrowed her eyes as they made their way quickly down the hallway toward Olivia’s bedroom, with Michael leading. As they entered her room it was clear where the noise came from.

The rangers all exchanged looks. The family dog had disappeared the same morning as Olivia.

Michael approached Olivia’s closet door and motioned for Craig and Sean to flank his right. He opened the door in one quick motion just as the frightened looking dog bounced out of the closet, causing Michael to stumble back at the sight inside.

Deena’s tortured scream pierced the air as she fell to the floor, crawling over to the dead body of her little girl, curled up on the closet floor.

T.M. Williams began her writing career by accident when a song inspired a story. Once she discovered the writing bug she couldn't stop. Since starting her writing career late in 2012 she has gone on to write several more novels, including two Amazon best-sellers.

She writes Experimental Fiction and Non-Fiction. She is also a freelance journalist, copywriter, and public speaker.

The author will be awarding $10 Amazon or B/N GC to a randomly drawn winner via rafflecopter during the tour. Follow the tour for more chances to win!