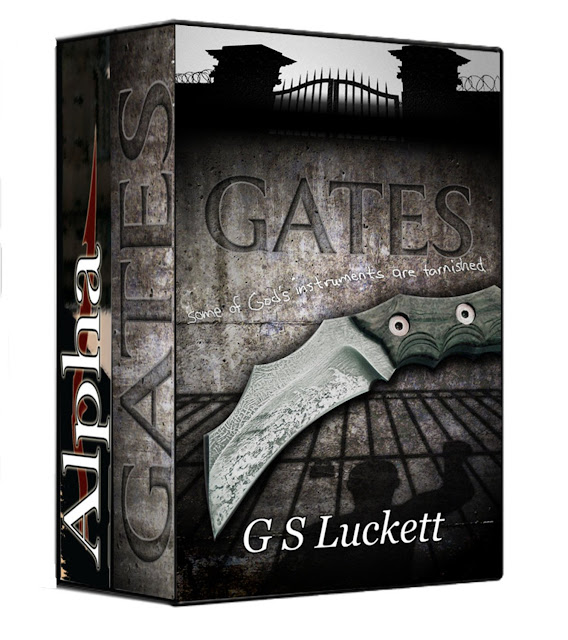 A death row inmate, known as The Brit, on an isolated island escapes from his execution during a freak thunderstorm that causes the prison to change into a paranormal place. Now, he finds himself fighting his way out and protecting the very people who jailed him. Pursued by prisoners and guards possessed by ghosts along with a mysterious inmate from his nightmares using occult powers, The Brit has to lead the others to escape in order to save their souls and possibly his own.

This is the first installment of a series where we find out how, The Reaper, is chosen and that he does more than shepherd lost souls. He is a demon slayer, preventing Hell's war with Heaven from spilling over into our world.

Some of God's instruments are tarnished.

What do vampires fear?

Alexander Damascus is the last Neuri, a Spartan-like tribe bred as vampire hunters, with a hunger to destroy the undead. With his partner Demitra, they track Queen Adrielle. She has organized the vampire warriors into an army for expanding her empire. Learning that Adrielle's enforcer, Verucious, has acquired fragments of an ancient map, the Vatican dispatches its own monster hunter mercenaries to reinforce Alexander against Verucious and his Dark Riders. Alexander fights alongside the mercenaries while keeping his secret from them. Alexander's kind was the seed of all vampire blood. The Neuri sworn to hunt those spawned from the civil war they waged.

Get a free preview at NoiseTrade.

G.S. Luckett grew up in the Midwest. Most of his youth spent exploring the woods around his home or playing action figures. He had a love for action movies and comics, along with fantasy and sci-fi fiction.

While in the U.S. Army G.S. Luckett was a tank crewmember and small arms weapons technician. He was stationed overseas in South Korea and ended up in the Pacific Northwest after his tour. His love for writing stories grew, as did a thirst for history and an appreciation for combat arts.

Now, he lives outside Portland, Oregon, with his wife and two sons. He spends his days as a mild-mannered father and husband but at night, the writer comes out.

Find more of his works on Amazon.
Posted by Andi at 4:22 PM