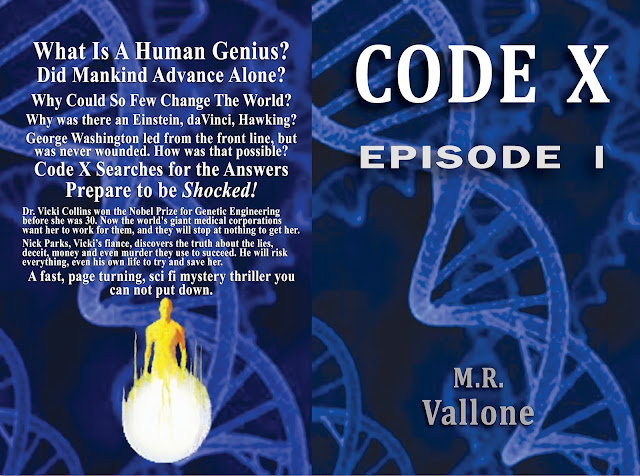 What Is A Human Genius?

Why Could So Few Change The World?

Why was there an Einstein, daVinci, Hawking?

George Washington led from the front line, but was never wounded. How was that possible?

Code X Searches for the Answers

Prepare to be Shocked!

Dr. Vicki Collins won the Nobel Prize for Genetic Engineering before she was 30. Now the world's giant medical corporations want her to work for them, and they will stop at nothing to get her.

Nick Parks, Vicki’s fiance, discovers the truth about the lies, deceit, money and even murder they use to succeed. He will risk everything, even his own life to try and save her. A fast, page turning, sci fi mystery thriller you can not put down.

Check the blog! http://mrvallone.blogspot.com/
Posted by Andi at 5:28 PM